An excellent and apparently unused example of a double sided silk Escape Map issued of course to aircrew but in this case also to members of the Long Range Desert Group.

This is Map K1 and  K2 showing on K1, North to Crete and South to 28 degrees North, embracing Cairo and the Suez Canal to the East and Benghazi to the West.

K2 is from Sicily and Tunis in the North down to 12 degree North, East to beyond Tobruk and West to Oran and the Atlas Mountains.

Isogonals (lines of magnetic variation) are dated 1937 so this is an early wartime produced Map and possibly one of the first double sided examples.

Correctly folded in its original issued form, the Map is in very good condition but with slight darkening to the top two left hand squares where it has remained folded 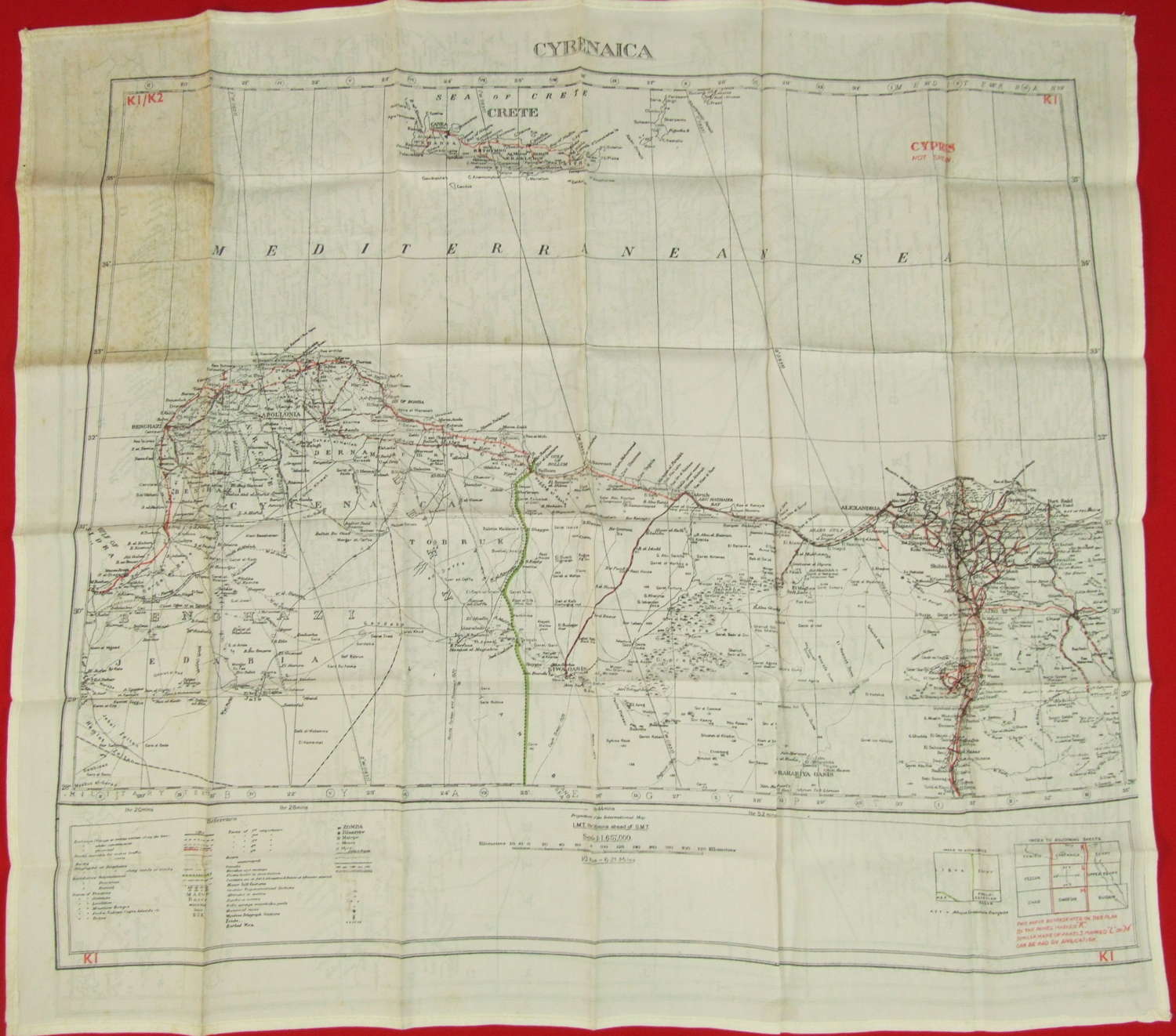 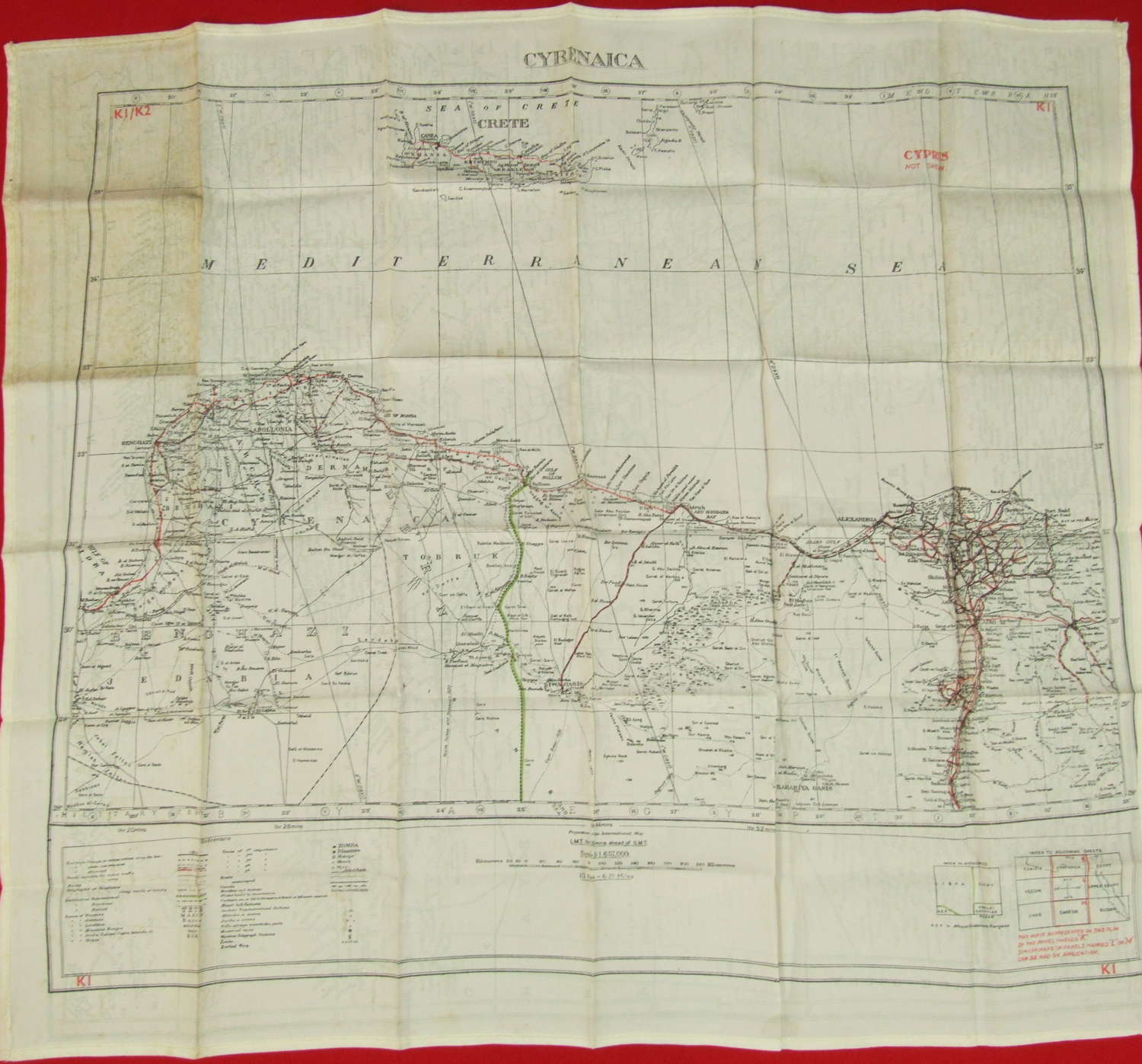 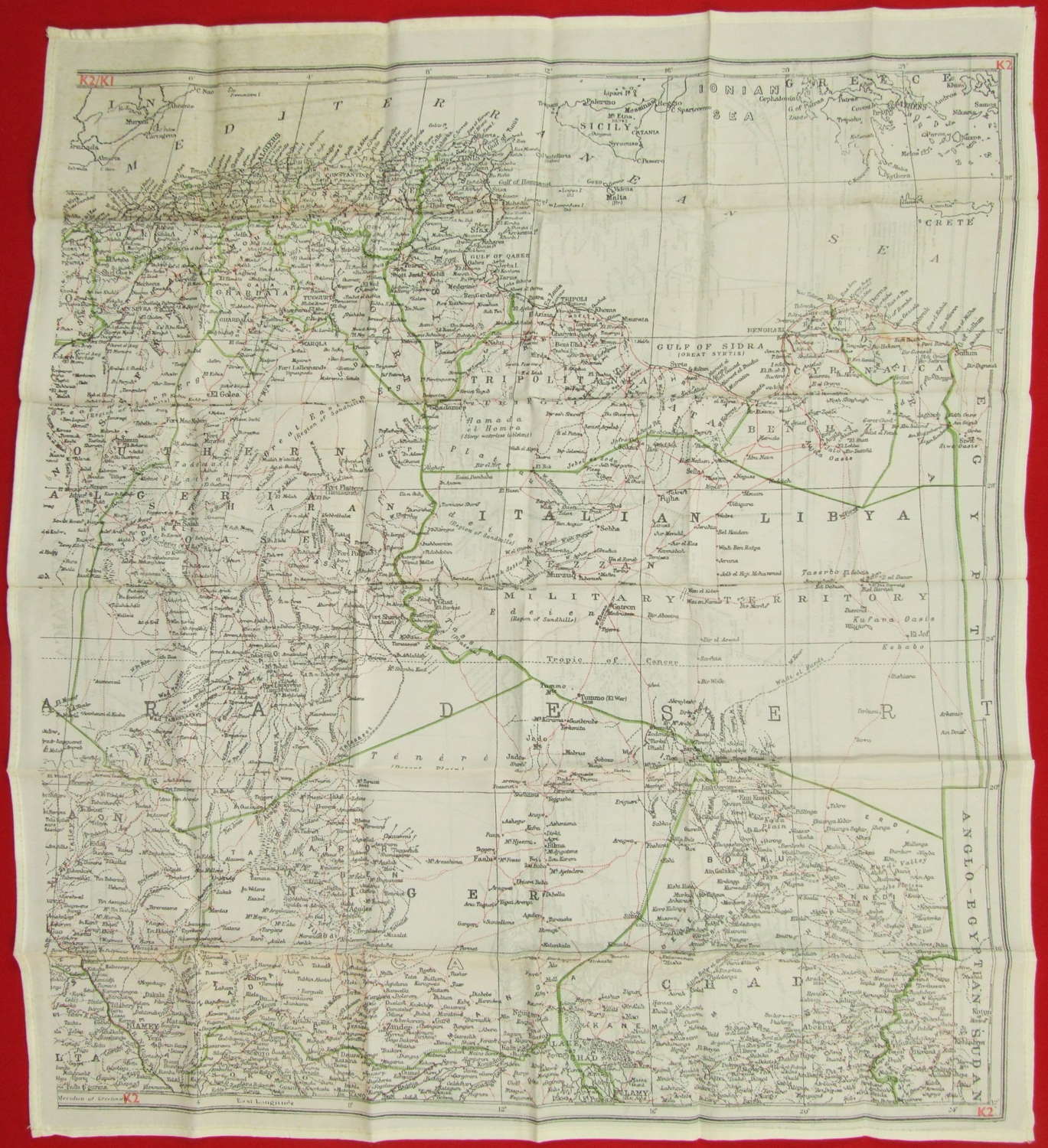 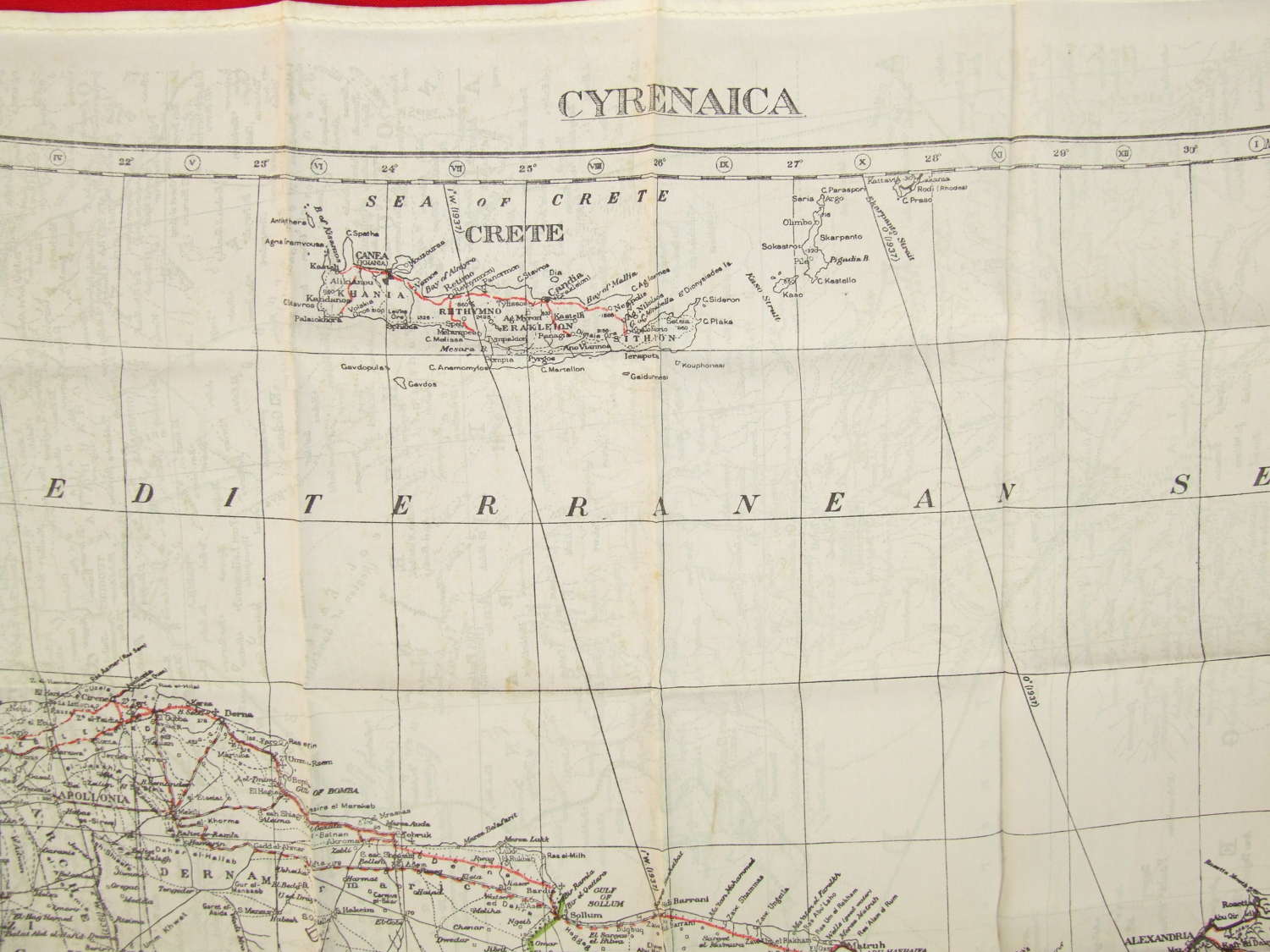 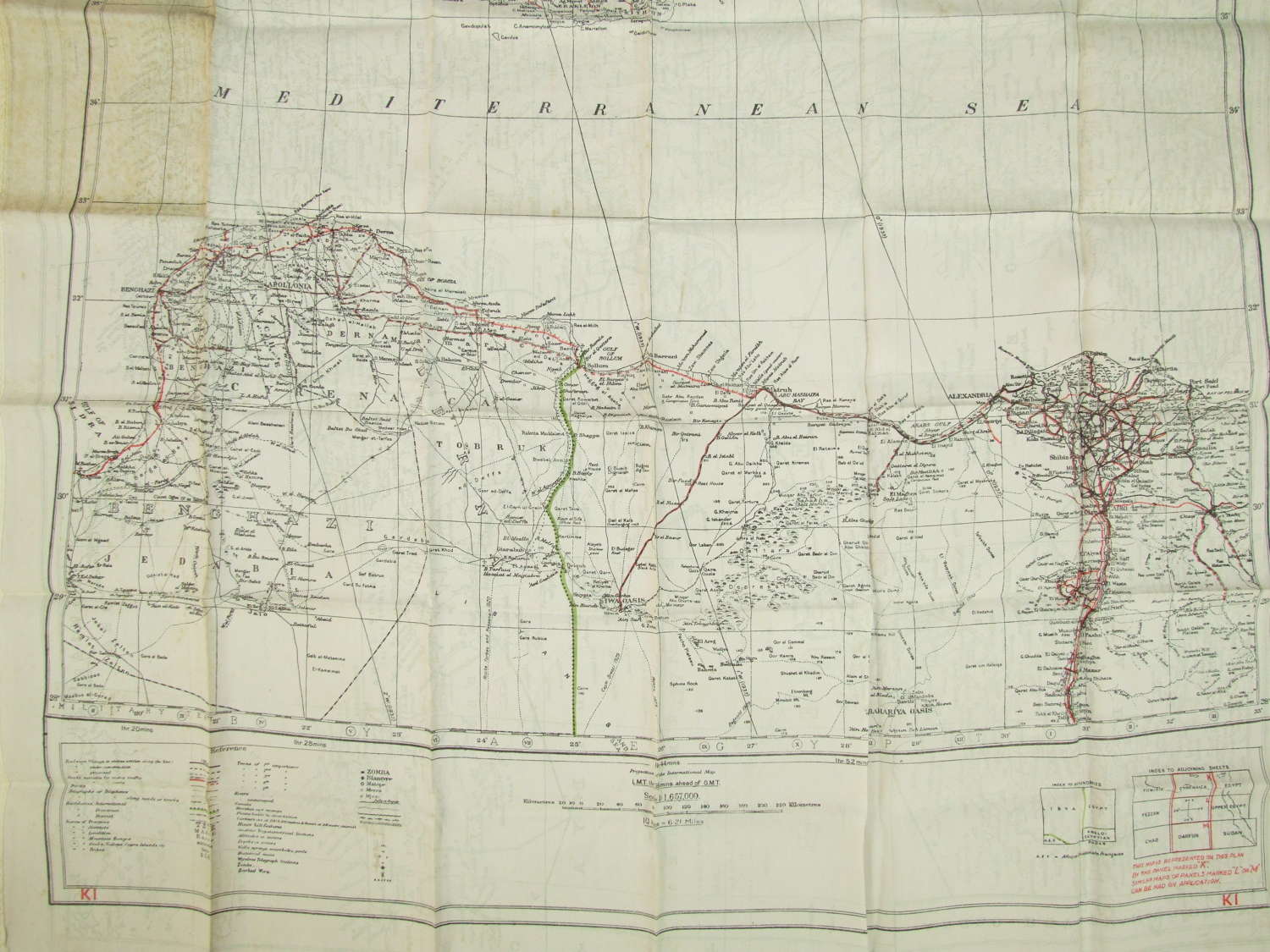 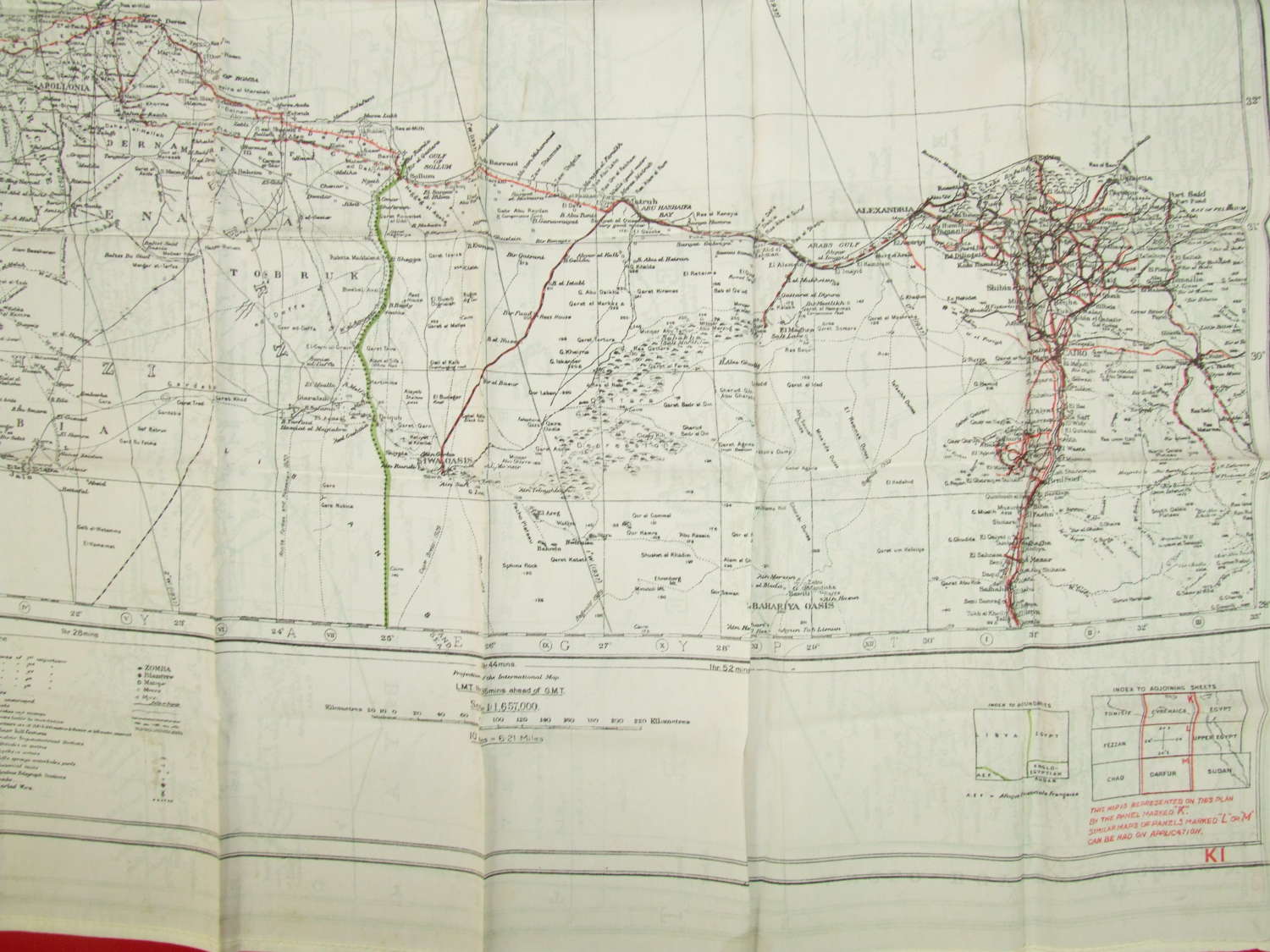 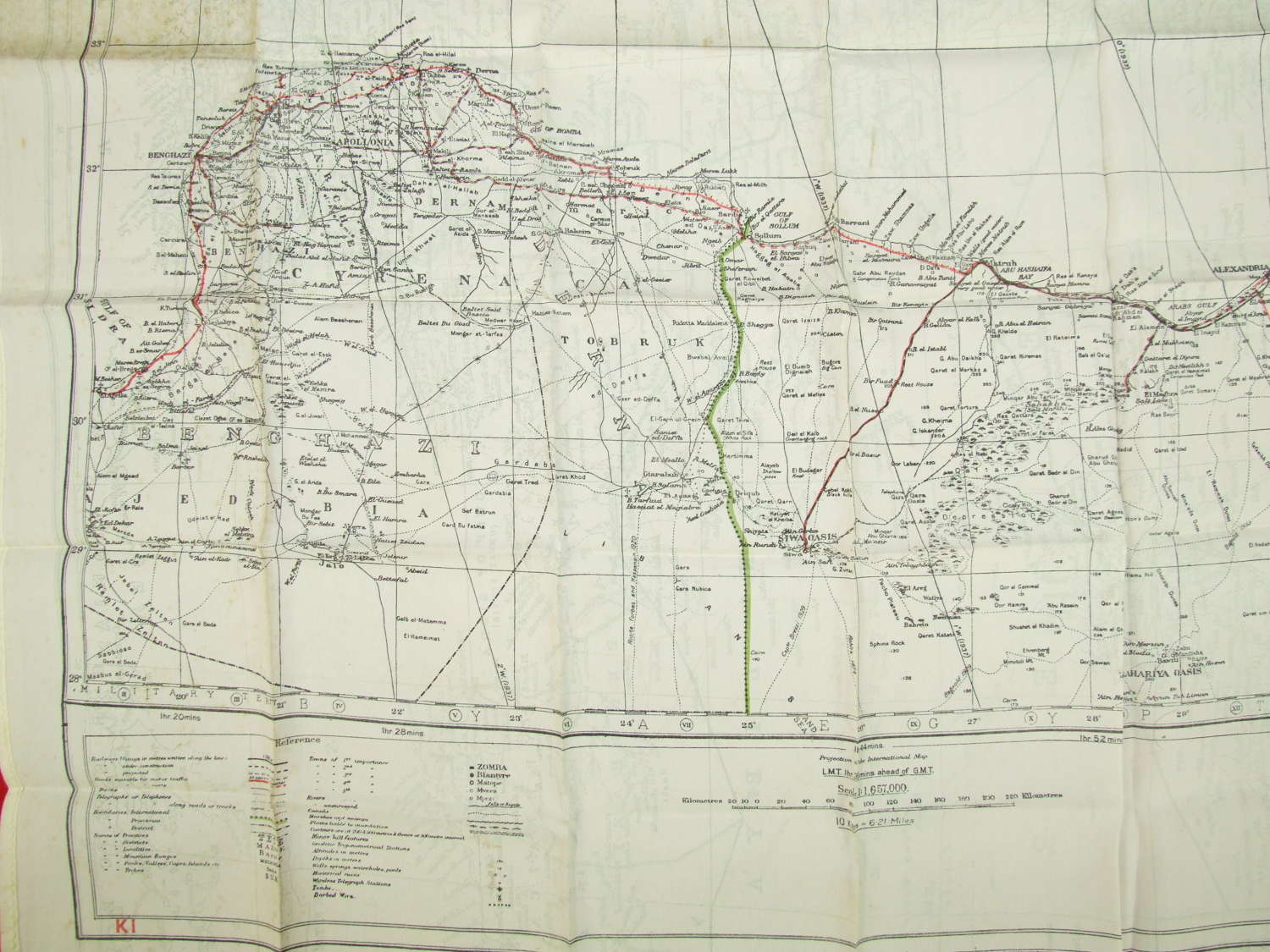 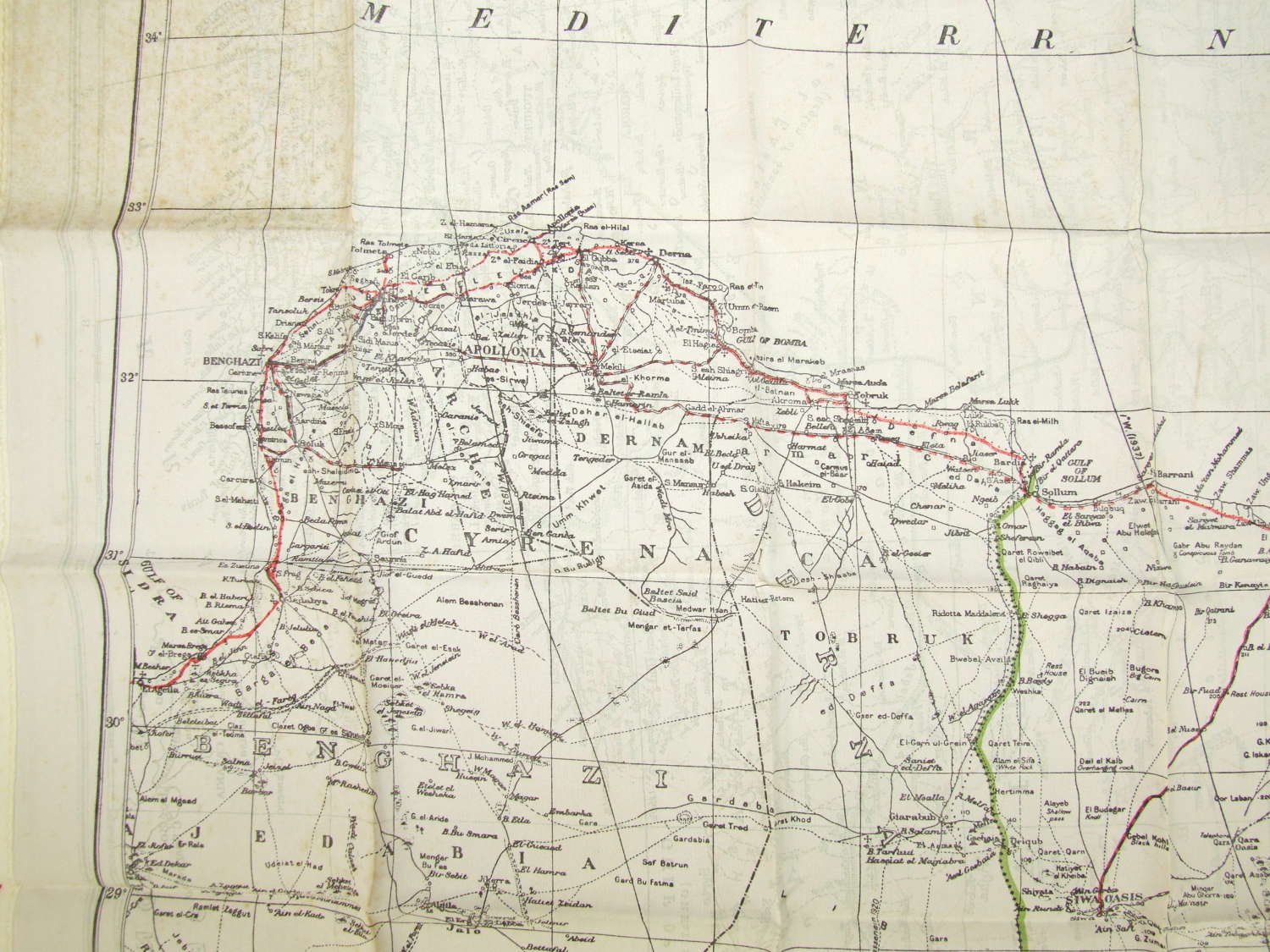 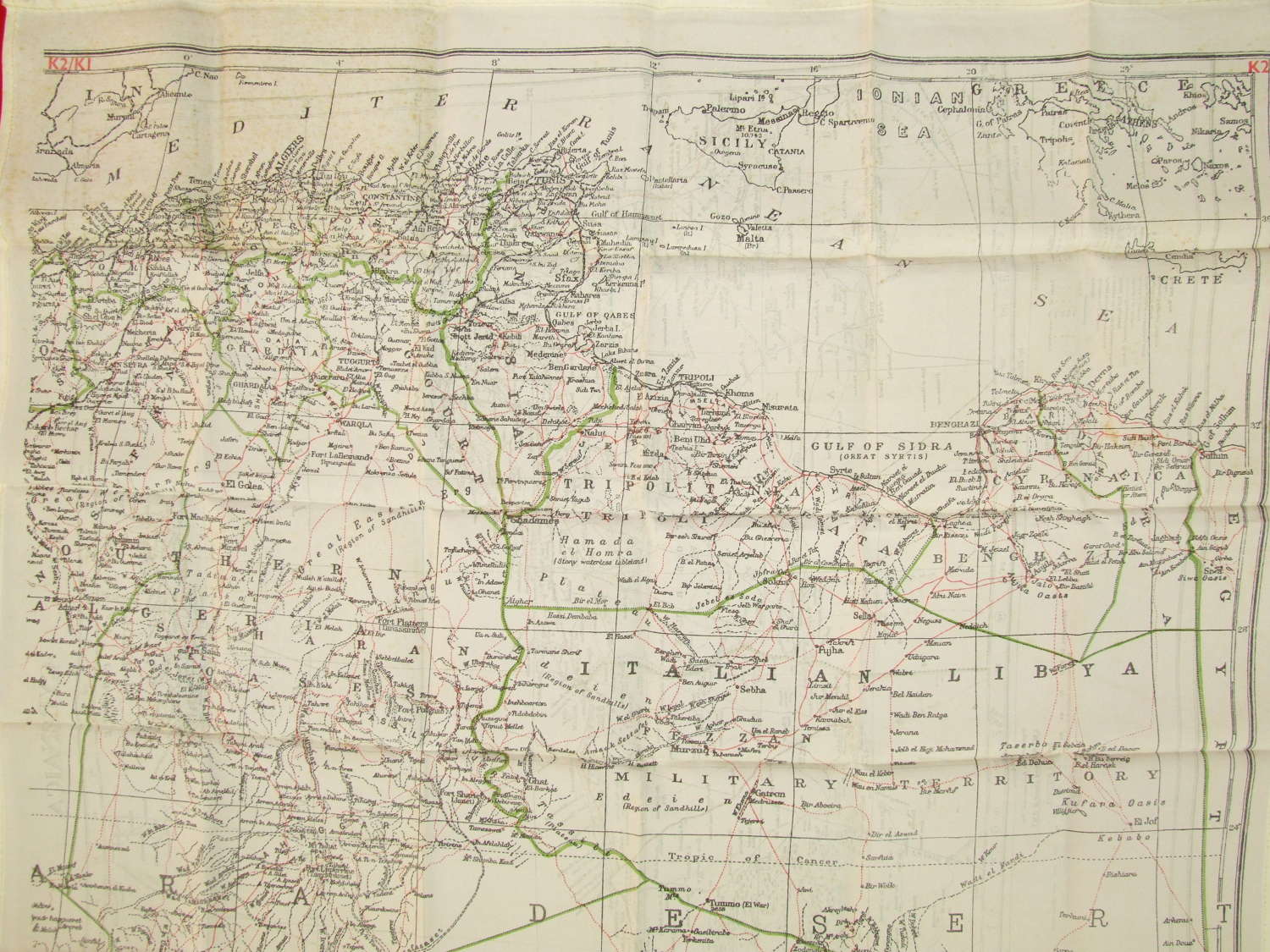 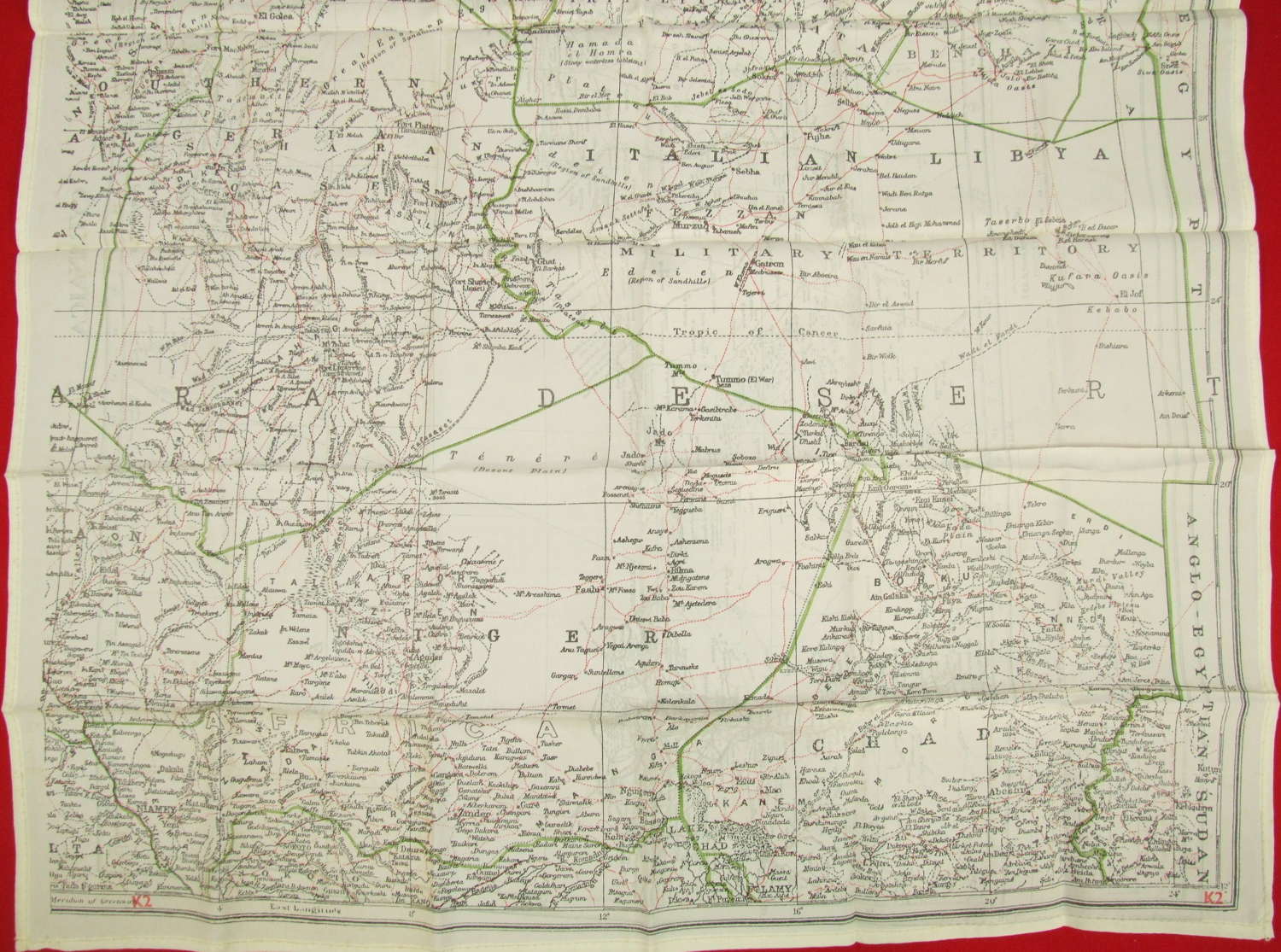 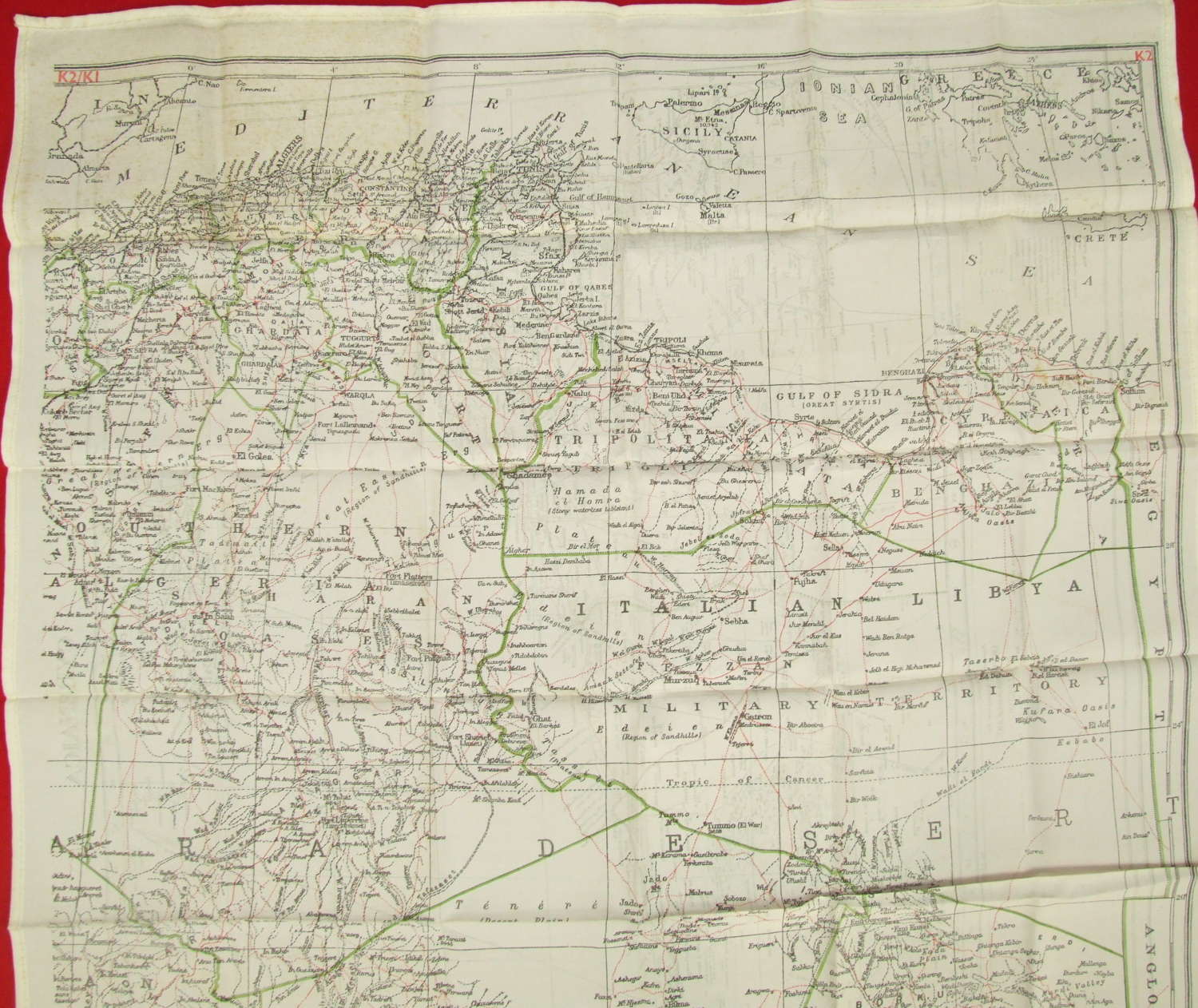 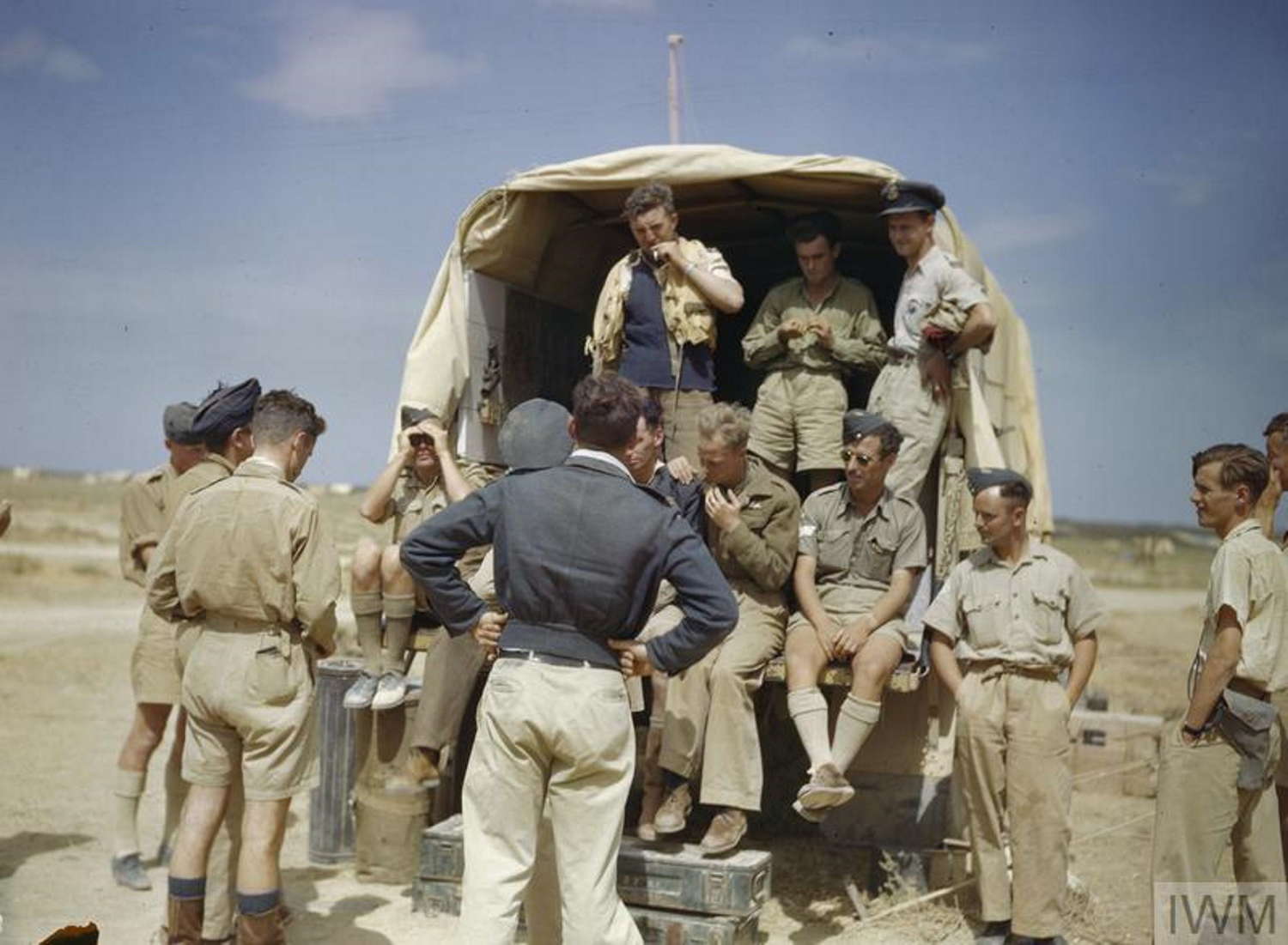 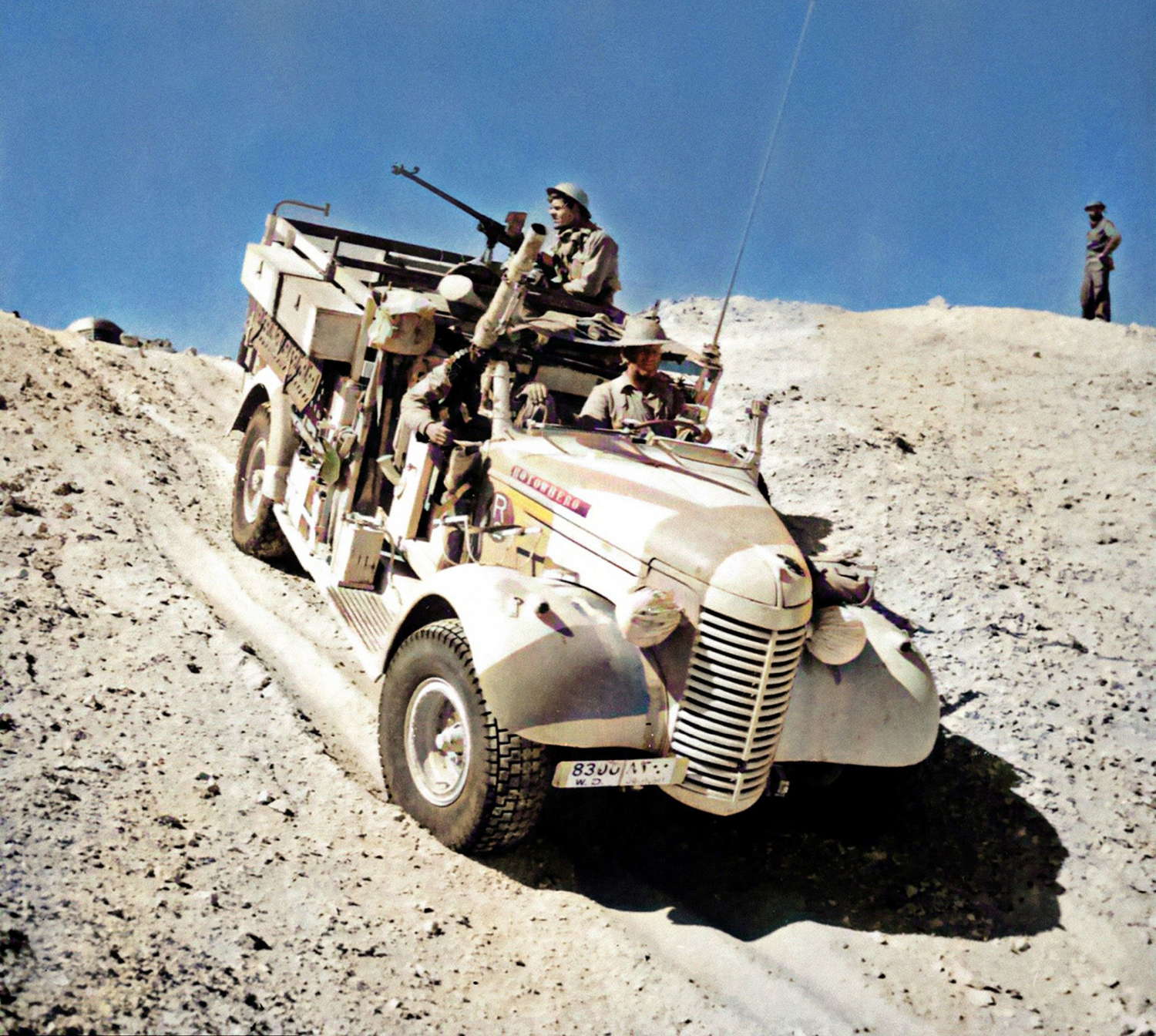