Another first for me is this original January 1942 published Service Manual for the Scout Car, Marks 11 &11 W/T known to most of us as the Dingo. I have a personal nostalgic recollection of the Dingo as I can well remember one towing the grass cutter around on our cricket field at school… but was some years ago!

The Manual is contained within hard covers and addresses all aspect of maintenance and servicing with 148 pages of text and diagrams, some of which are in the fold out format and coloured. Overall condition is very good with all pages in place.

Named 'Daimler Scout Car' but already known by the name of the Alvis design - the Dingo it is known as one of the finest armoured fighting vehicles built in Britain during the war.

It was a compact two-man armoured car, well protected for its size with 1.2 in (30 mm) of armour at the front and powered by a 2.5 litre 55 hp (41 kW) straight six petrol engine in the rear of the vehicle. An ingenious feature of the Dingo's design was the transmission, which included a preselector gearbox and fluid flywheel that gave five speeds in both directions, another was a four-wheel steering system made possible by the H-drive drive train, giving a tight turning circle of 23 ft (7.0 m). Inexperienced drivers found it difficult to control so rear steering was deleted in later production at the cost of increasing the turning circle by 65 per cent to 38 ft (12 m).

A rare Manual and a must for the Dingo owner. 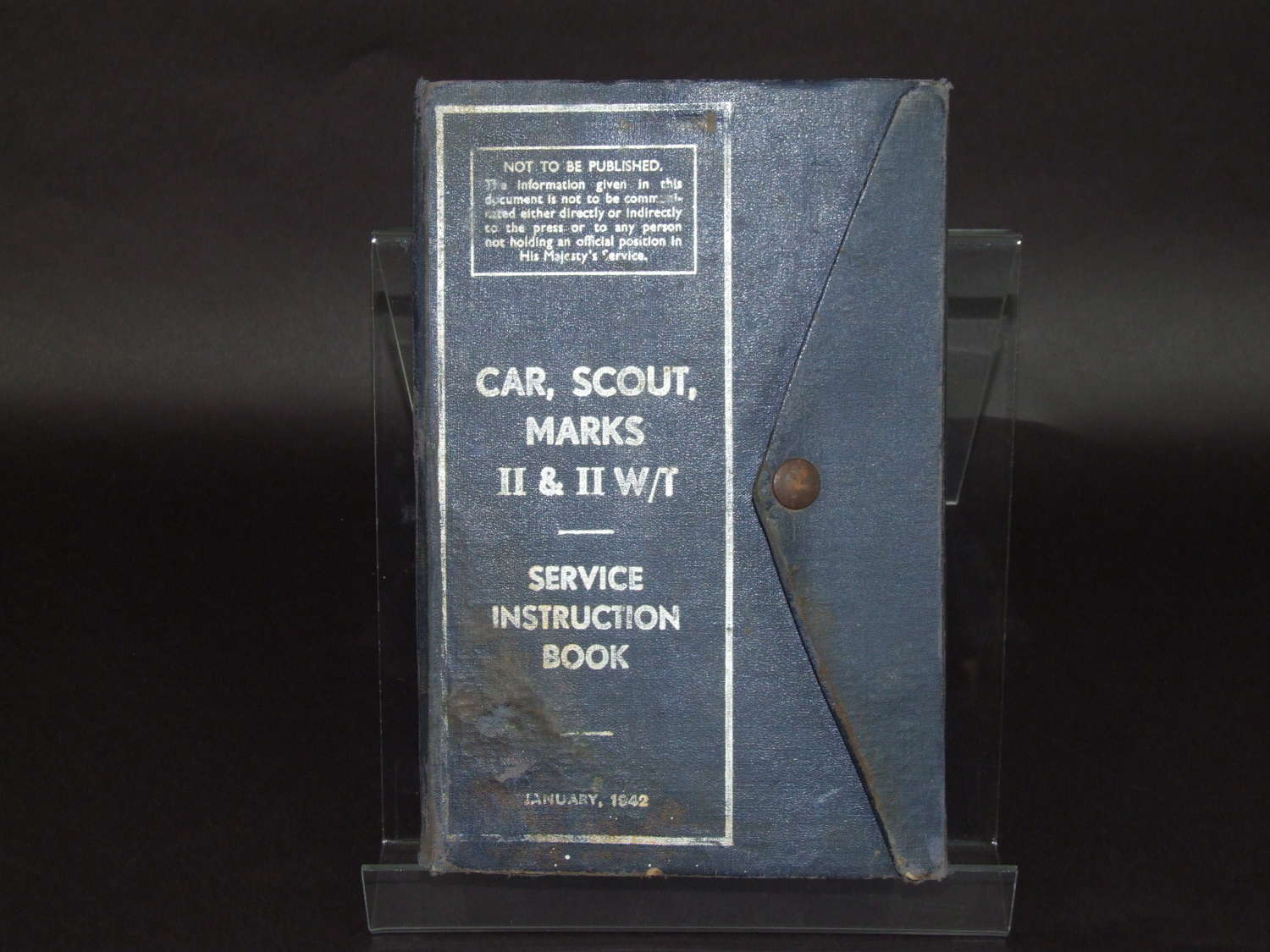 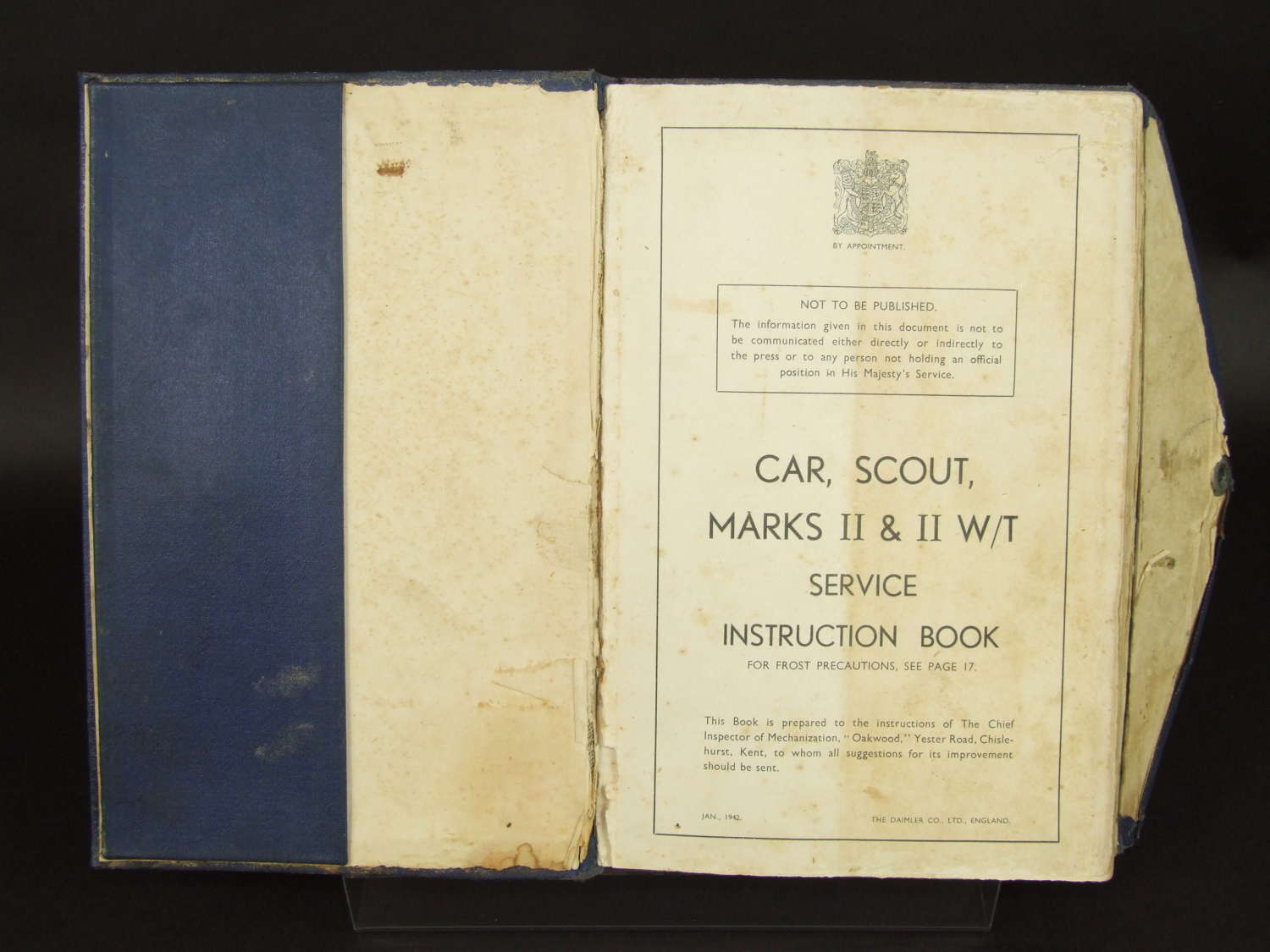 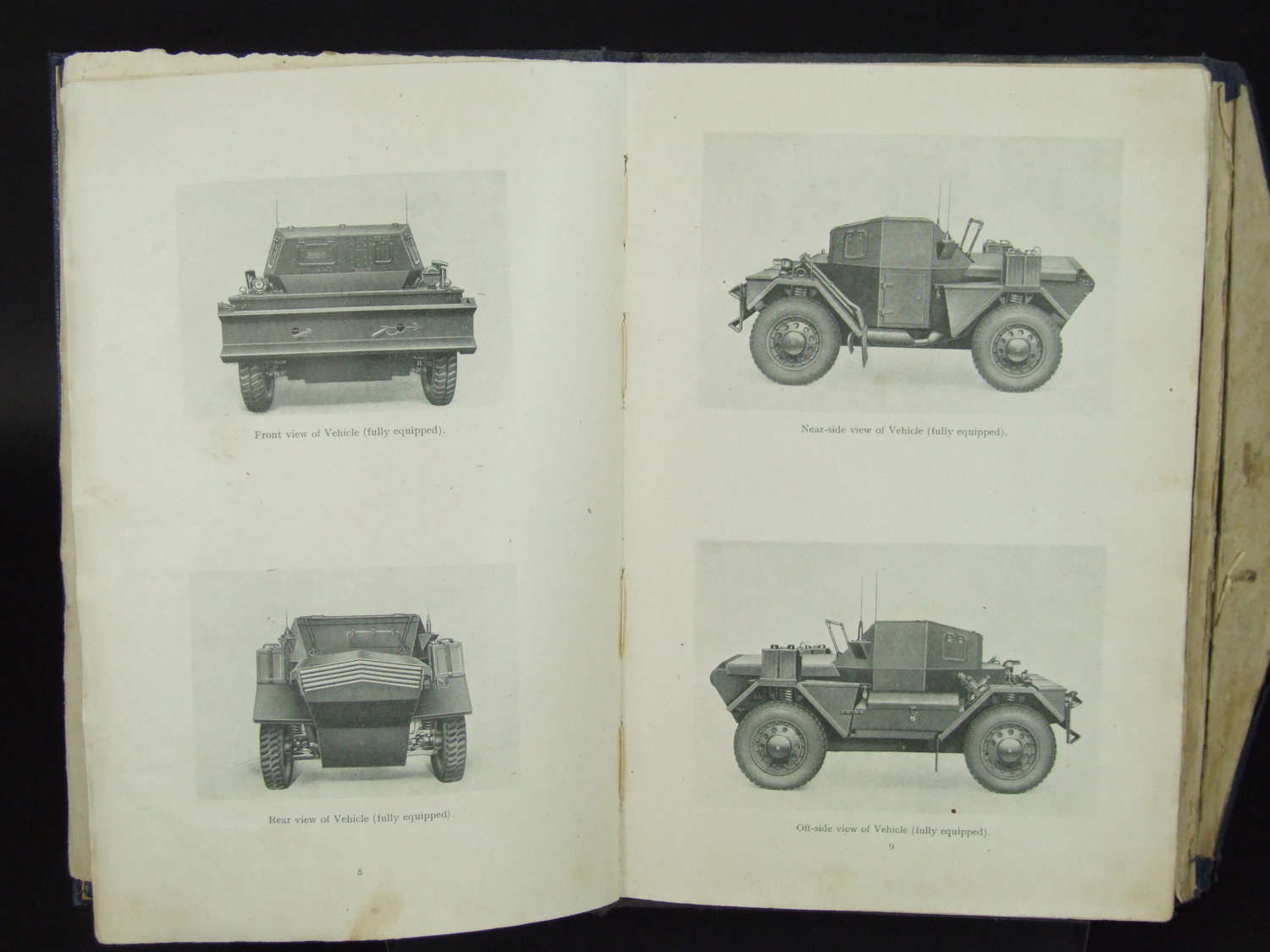 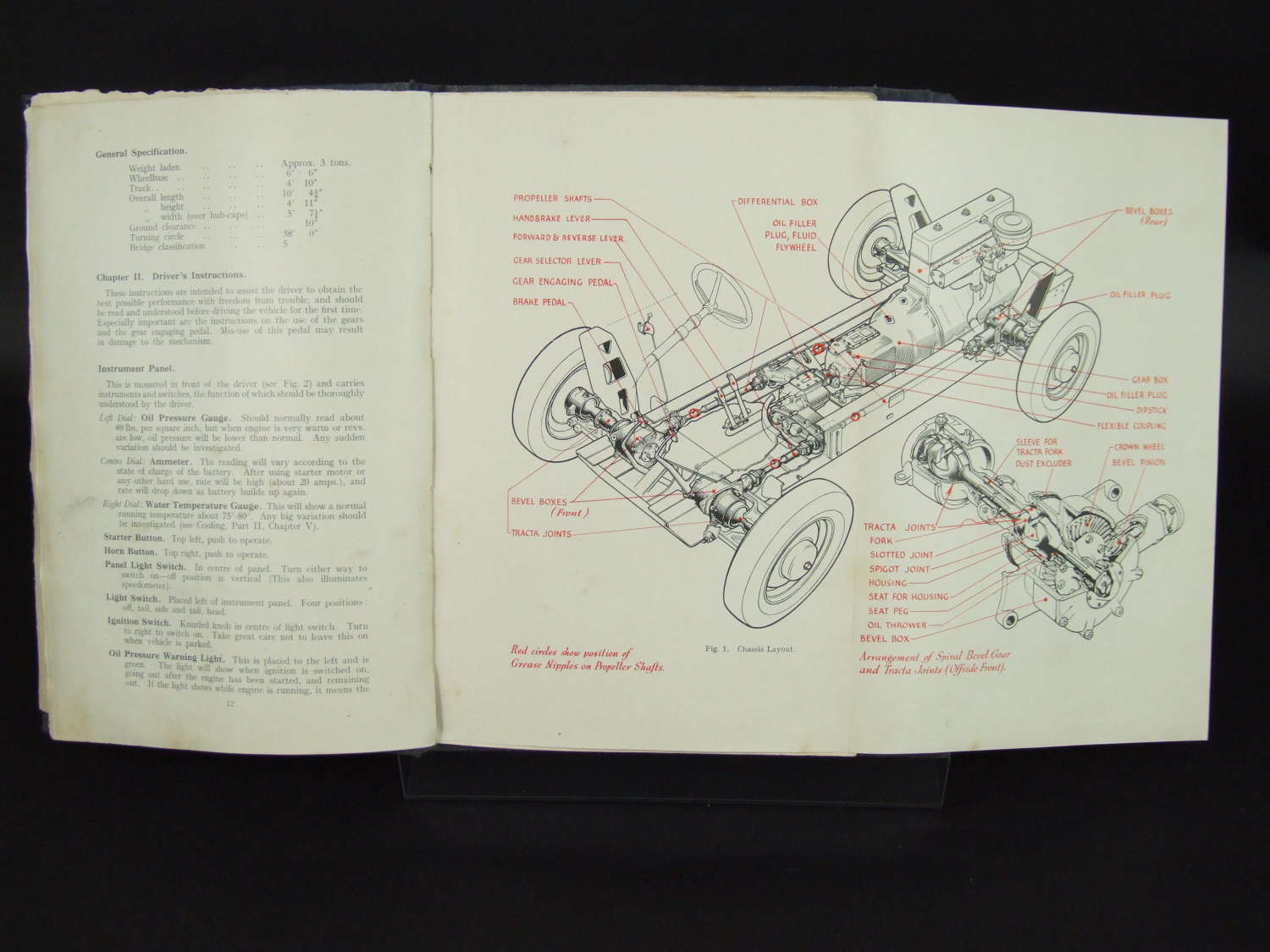 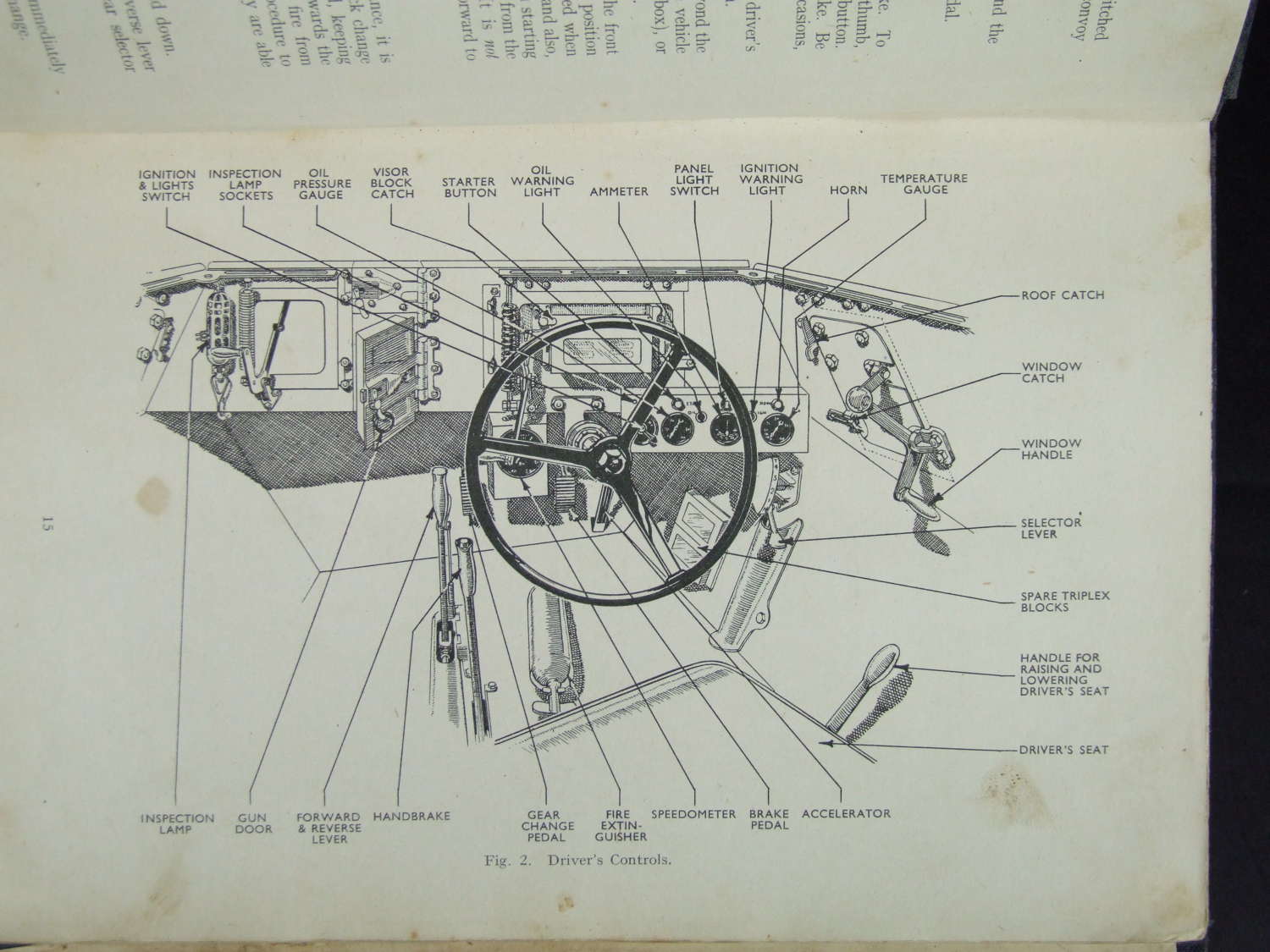 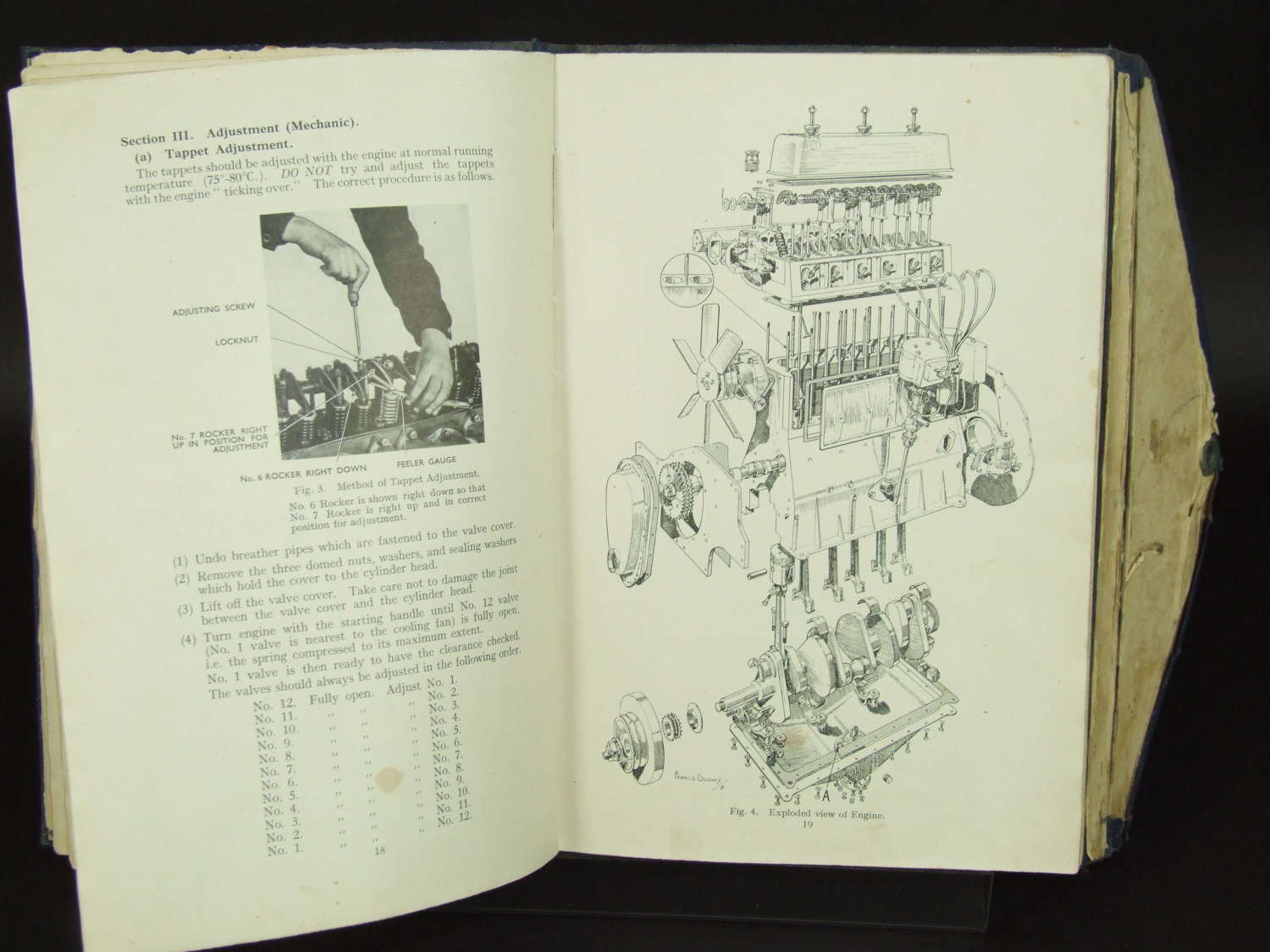 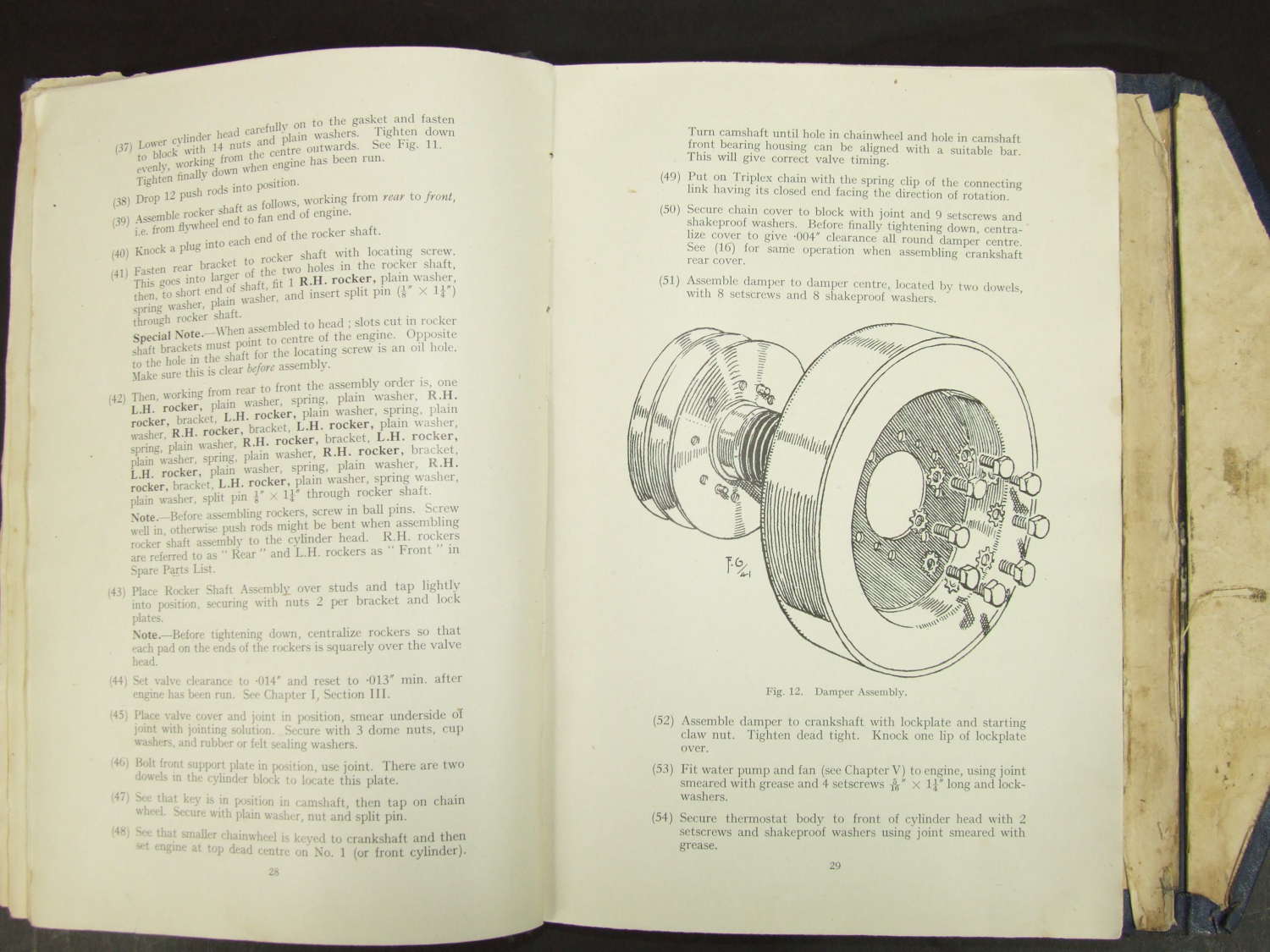 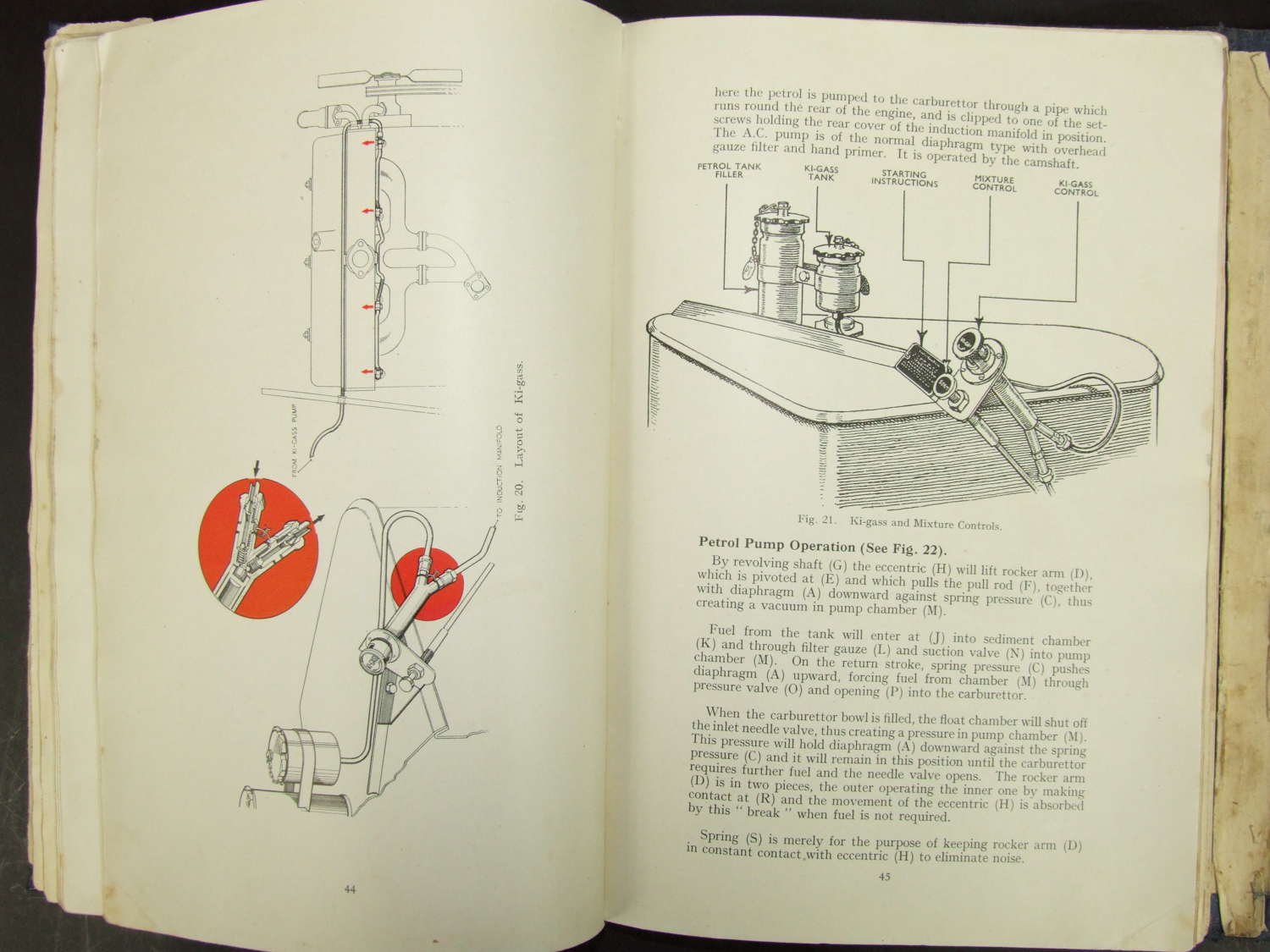 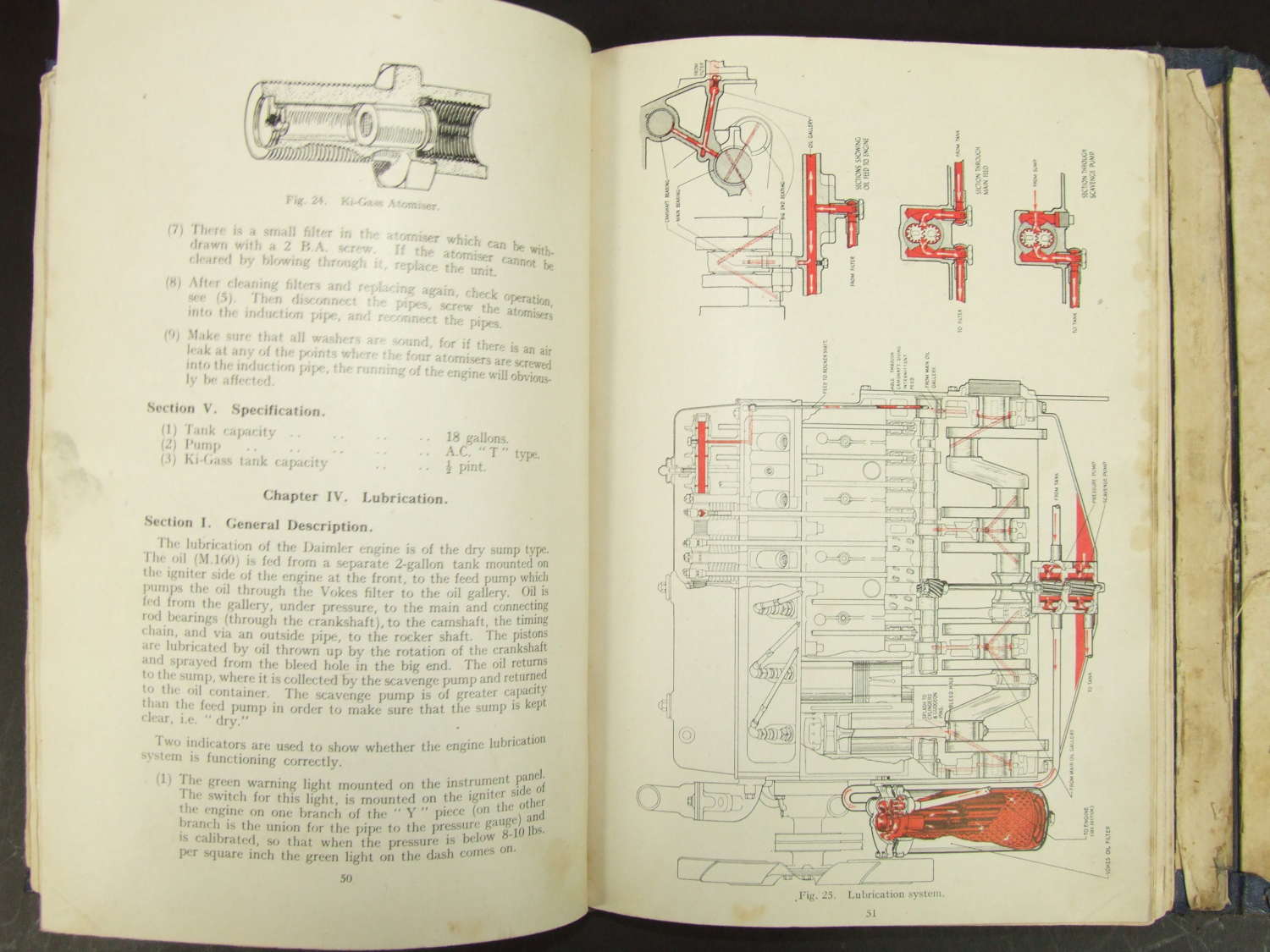 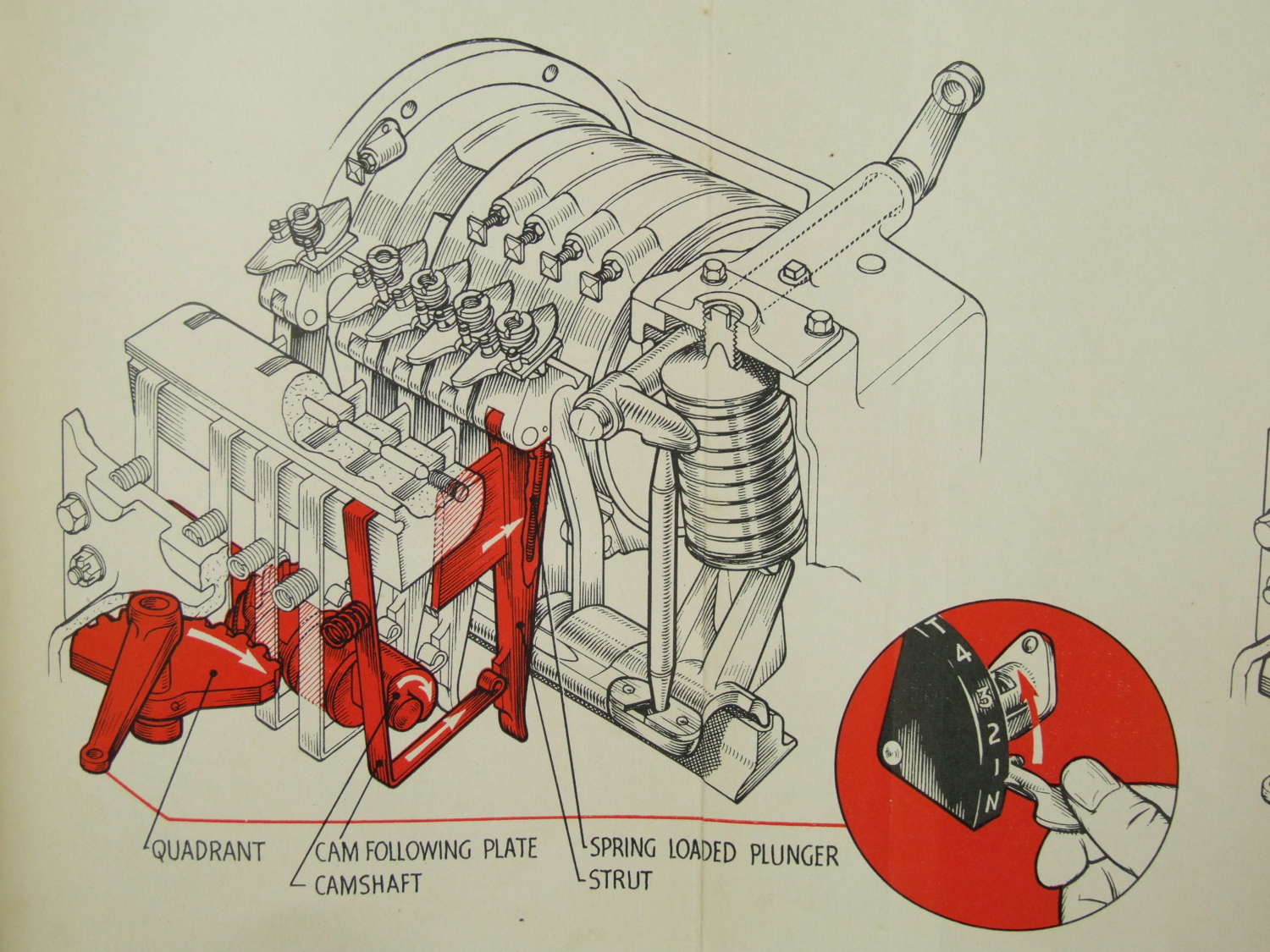 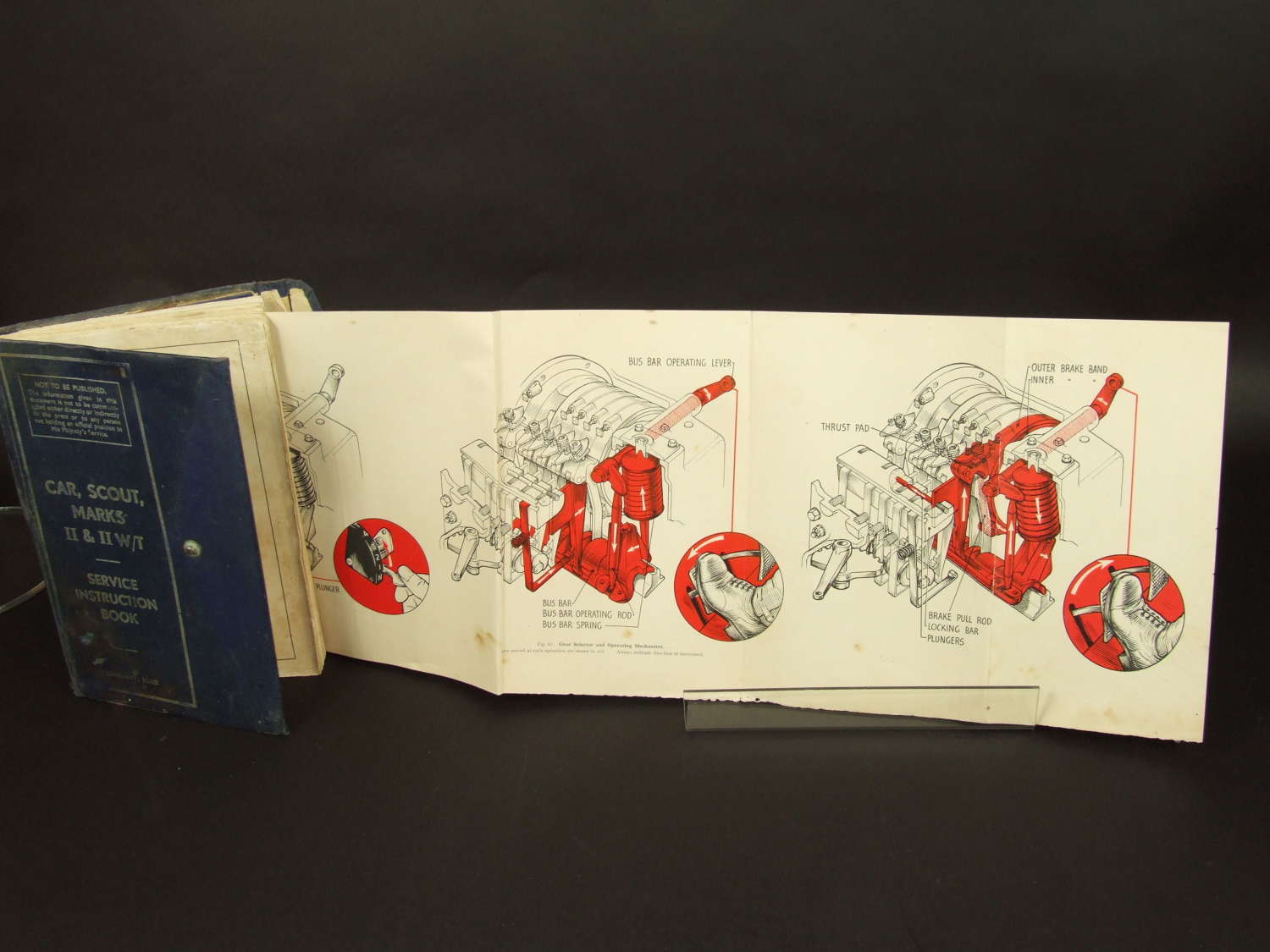 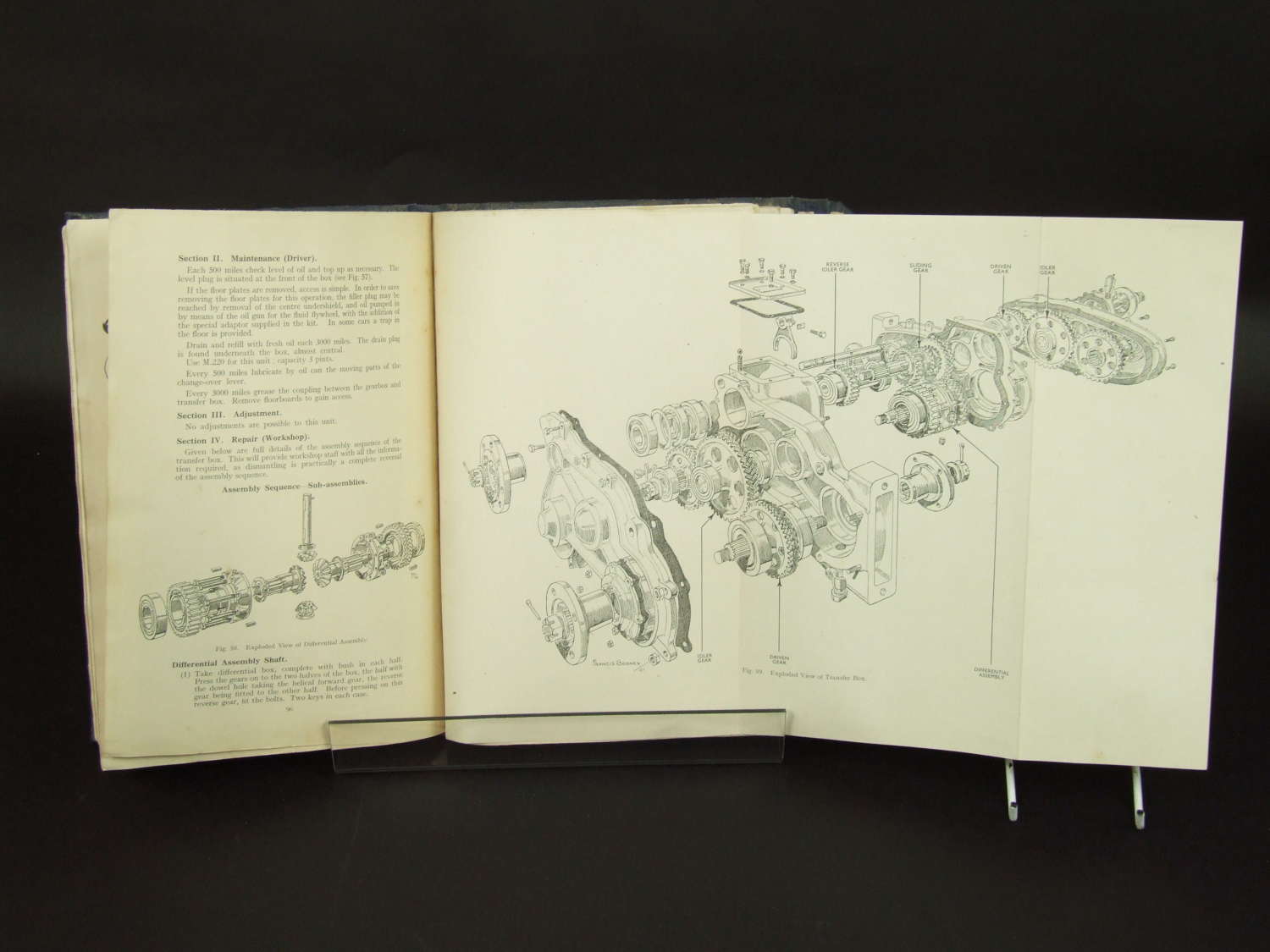 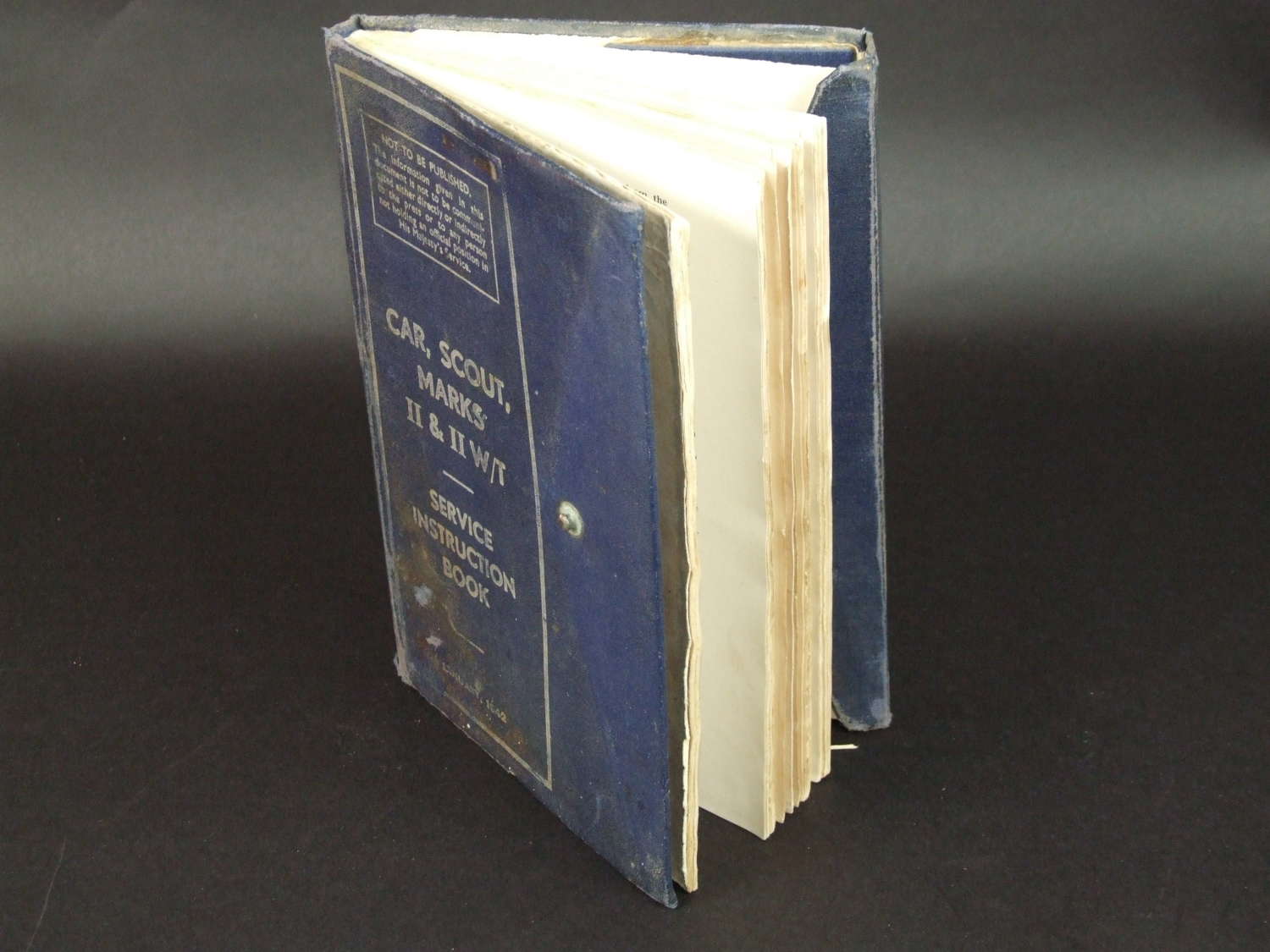 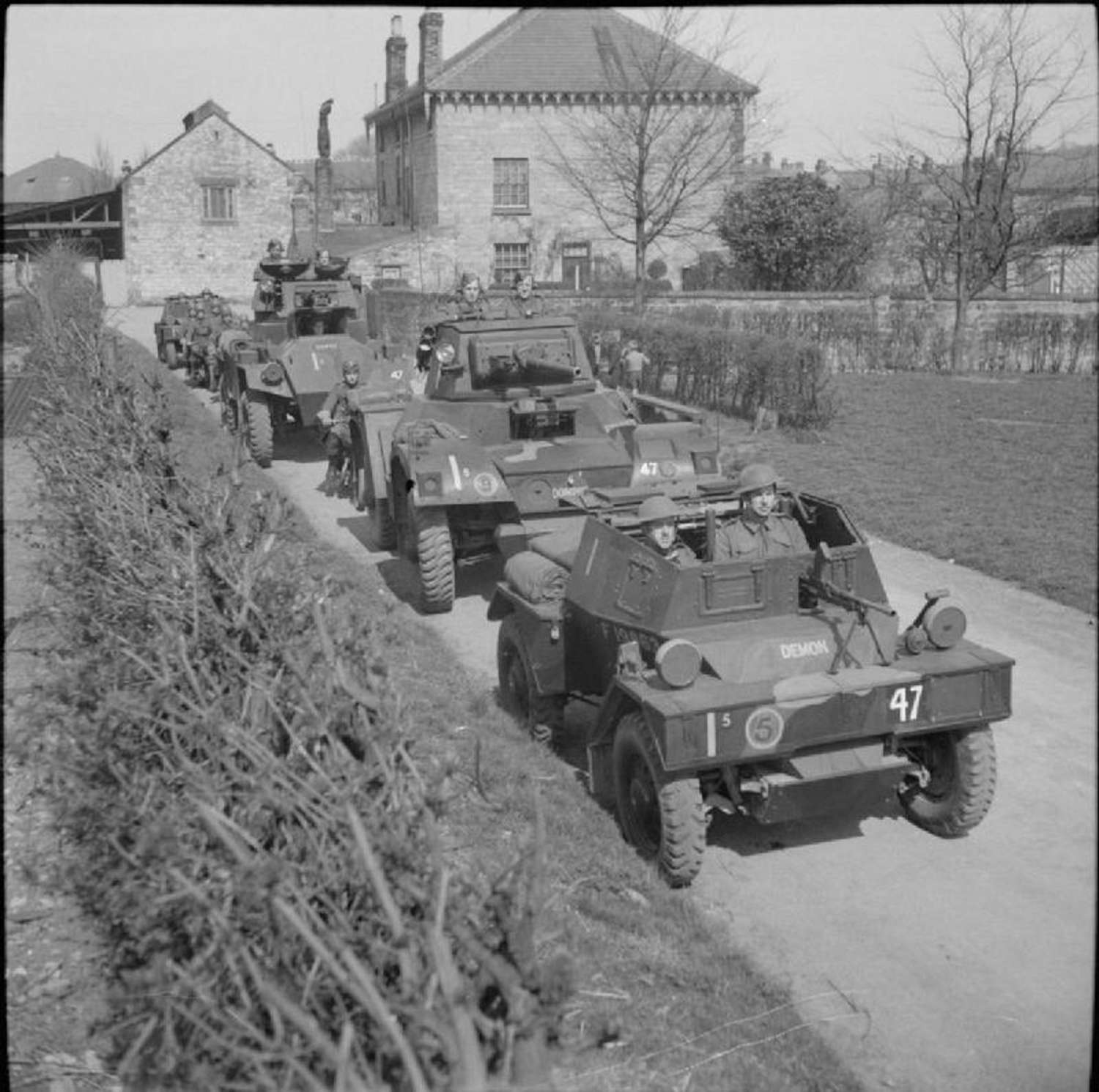