A collection of five British wartime produced Magnetized Razor blades, complete with their original inner and outer wrapping and all in excellent condition.

Classed as an escape aid these were used as a rudimentary Compass and described in the secret M.I.9 technical publication, Per Arda Libertas as best used suspended form a piece of cotton in a glass of water, the water providing a damping effect.

By late in the war every Razor Blade sold in British Military Exchanges was magnetized. 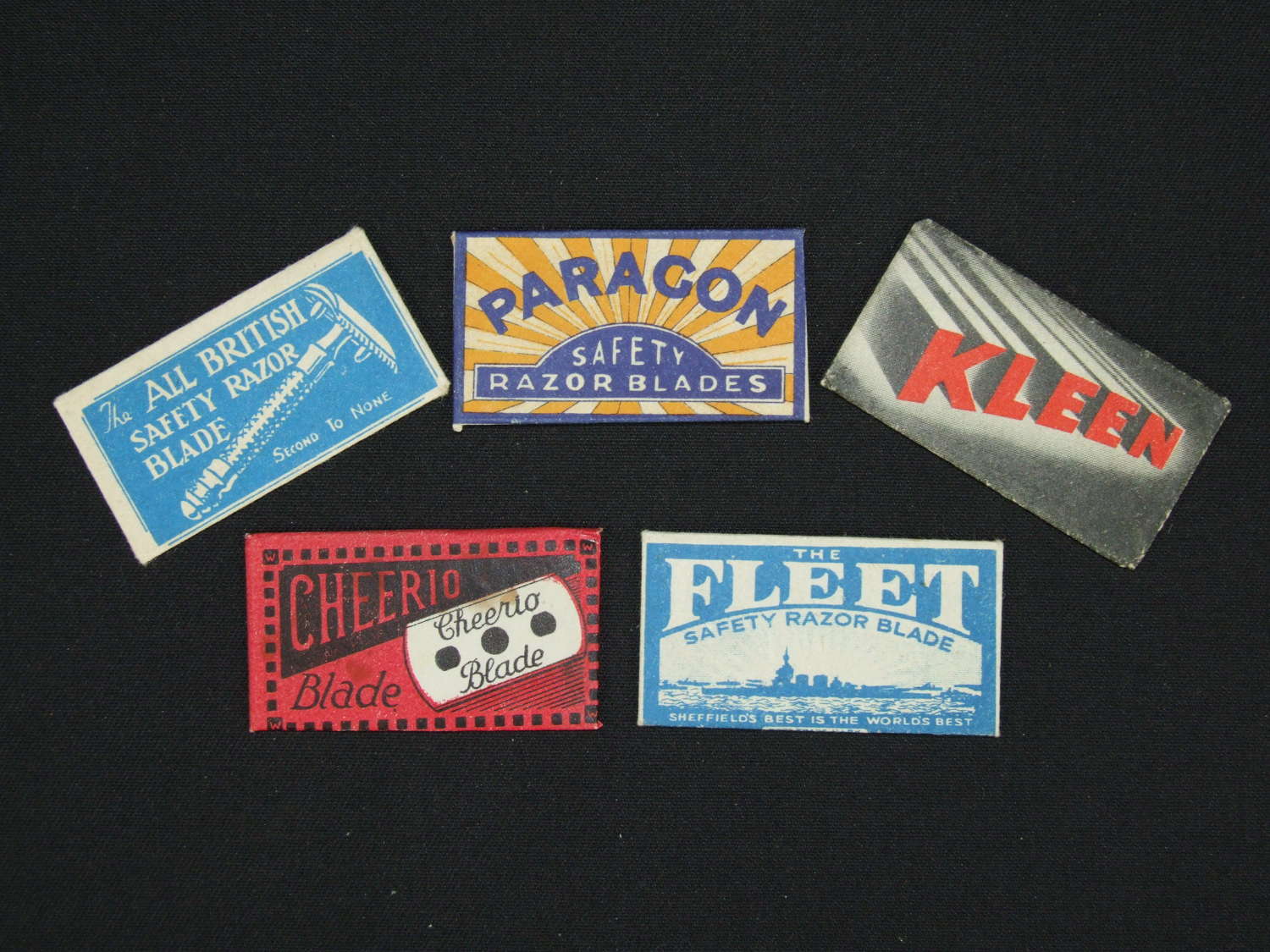 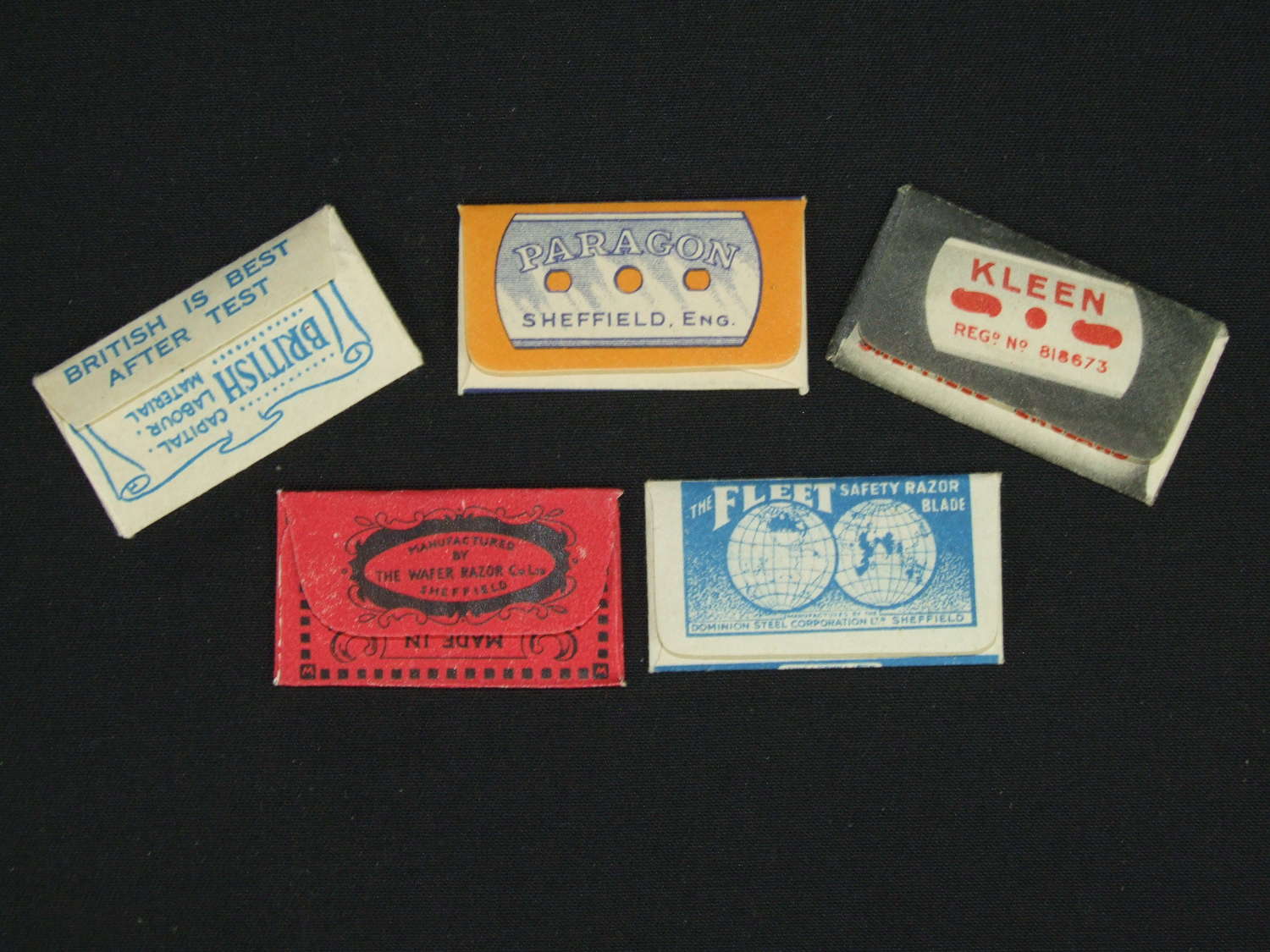 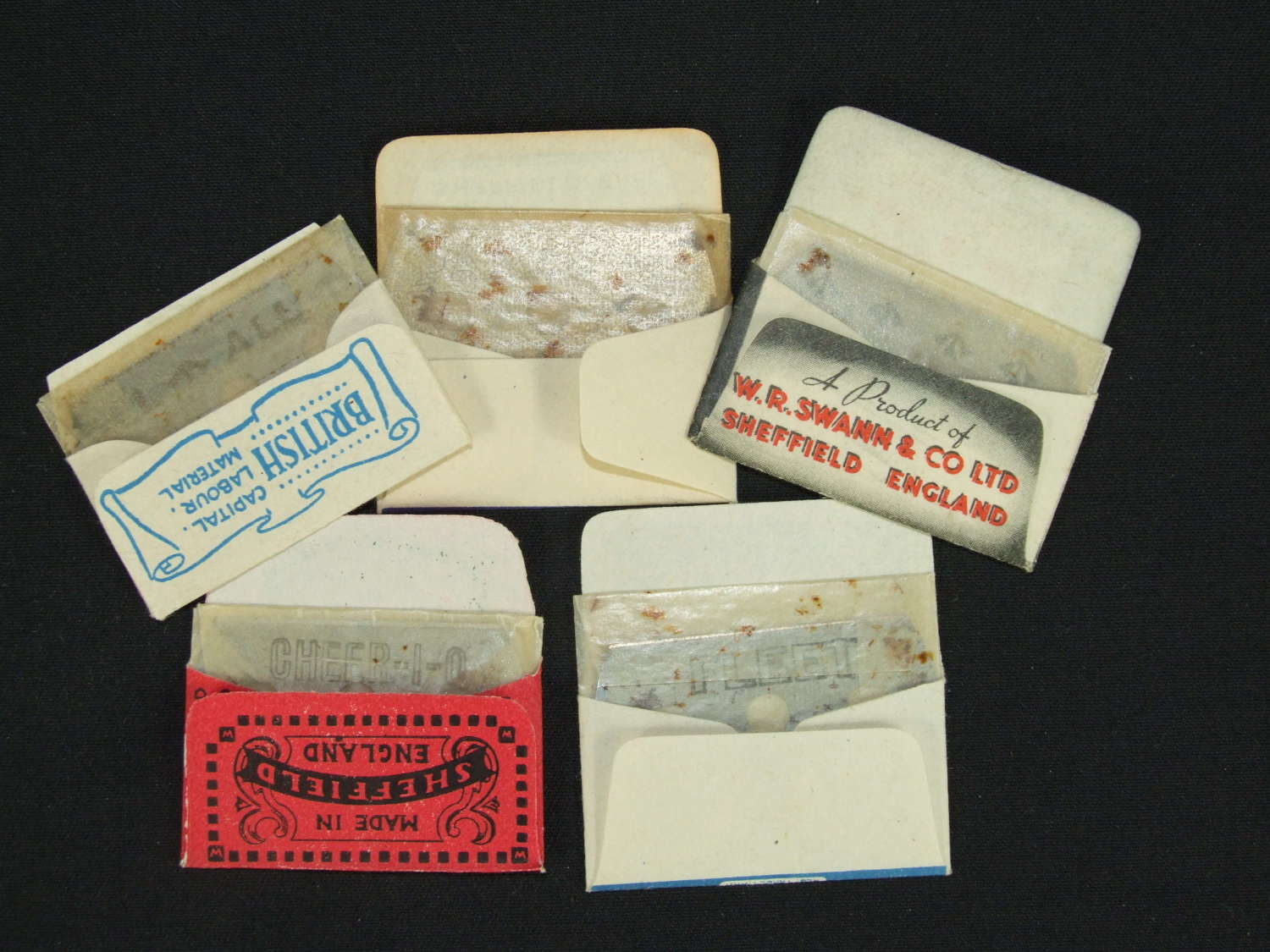 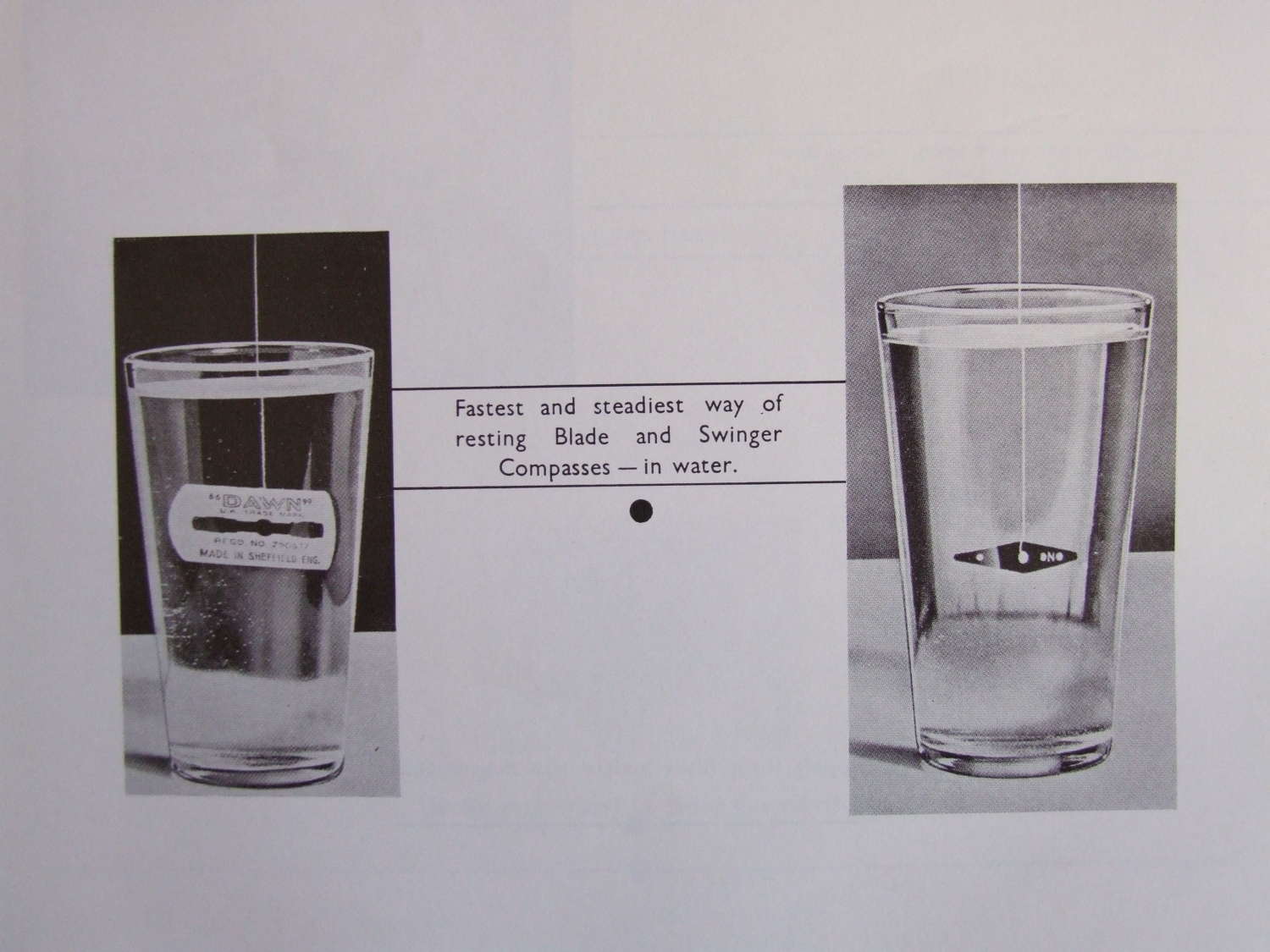 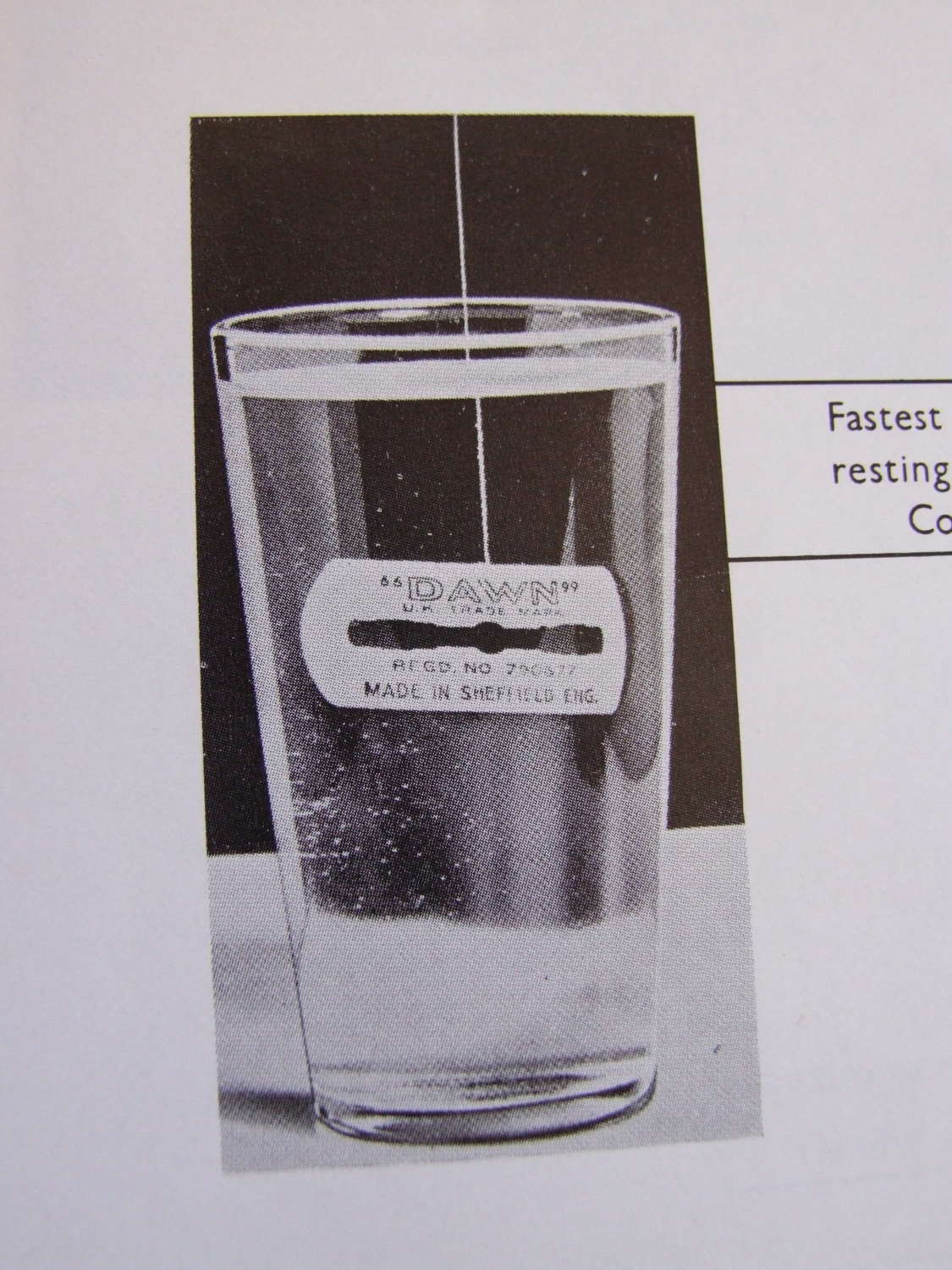