From my own collection is this superb Panzer M36 Tunic to a Major in Panzer Regiment 35.

Given the rank and awards such as the provision for the German Cross in Gold on the right breast pocket, research has shown that there are perhaps only three Majors in Panzer Regiment 35 to whom this tunic may have belonged, all of whom were recipients of the Knights Cross with oakleaves, Majors Meinrad von Lauchert, Fritz Rudolf Schulz and Hans Detloff von Cossel.

Of the three Von Lauchert left Panzer Regiment 35 and became commander of Panzer Regiment 15 in 1944 and whilst I’d assume he would have changed his insignia it is of course possible he bought a new Tunic. Von Cossel was killed in 1943 in Russia so unlikely his tunic found it’s way home but my best bet is Fritz-Rudolf Schulz.

Major Schulz commanded both Battalions of Panzer Regiment 35 from 1943, survived the war and went on to become a post war Politician. He died March 2002.

The Tunic is tailored in a high quality Trikot wool by 'Des Herrenschneider Handwerks Gutezeichen' who’s label remains attached to the lining. The four pleated and flapped pockets are closed by field grey painted pebbled buttons which match the five closing the Tunic itself. The left breast pocket has loops for three awards whilst the right pocket has loops for the German Cross in Gold. Above that pocket is a hand embroidered eagle in silver bullion wire whilst above the right pocket are three loops for a medal bar. A ribbon for the Iron Cross Second Class is correctly attached to the second buttonhole down.

The collar is in a dark green wool with hand embroidered collar taps with Panzer pink waffenfarbe, the collar itself closed by two hooks and eyes. The shoulder boards are for the rank of Major and have the pink backing. The devices for 35 are the September 1935 pattern with raised edges and a horizontal chamfered surface.

Inside, the Tunic is fully lined and shows some sweat marks. There is an Assmann made hanger for the dagger.

Overall condition is very good. There is a 15mm hole on the left full French Cuff and two small holes at the back of the Tunic. The lining has a couple of small patches and a split.

A quite beautiful Panzer Tunic to a Knights Cross with Oakleaves winner, as yet not positively identified and clearly a service warn piece. 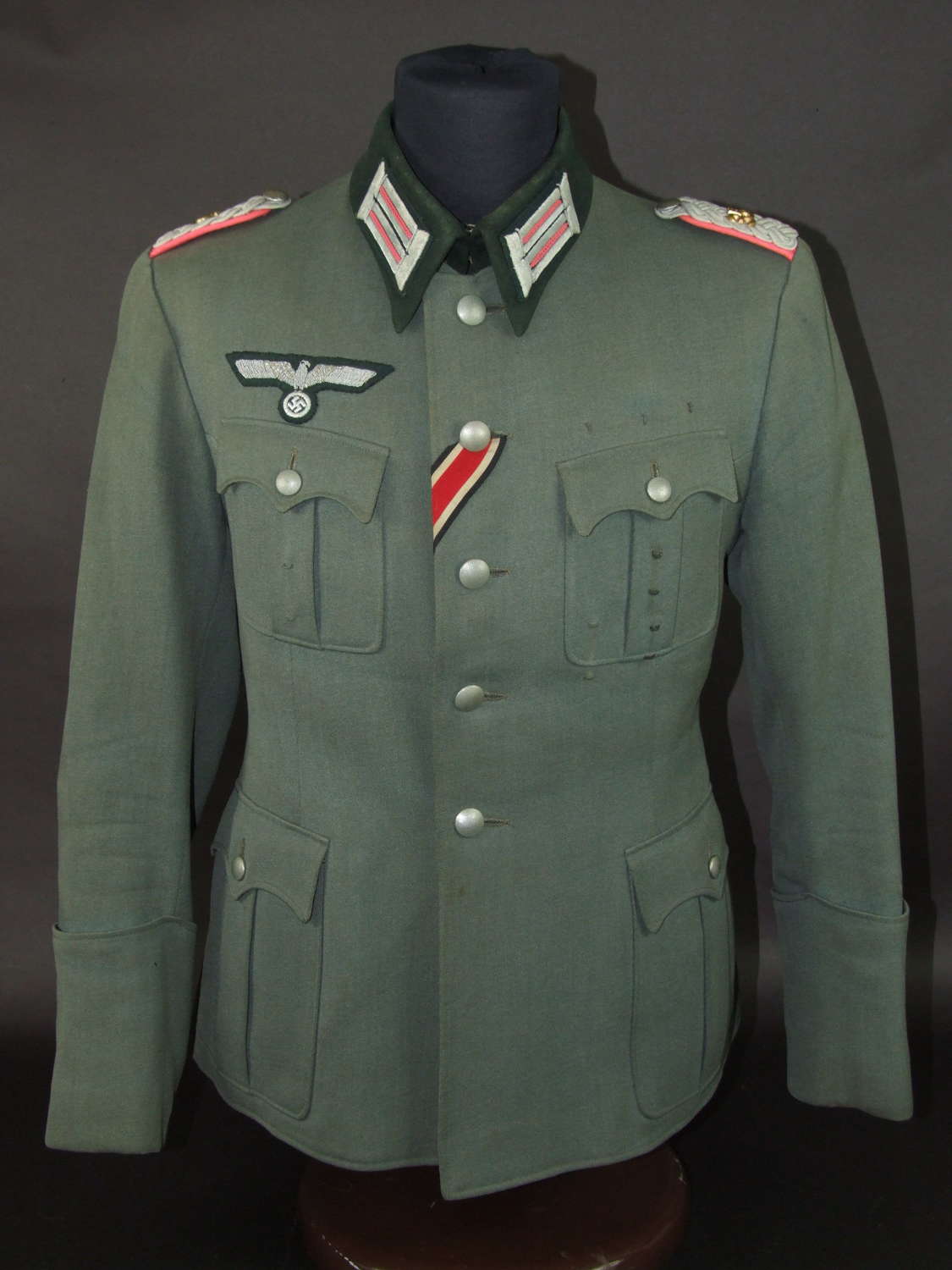 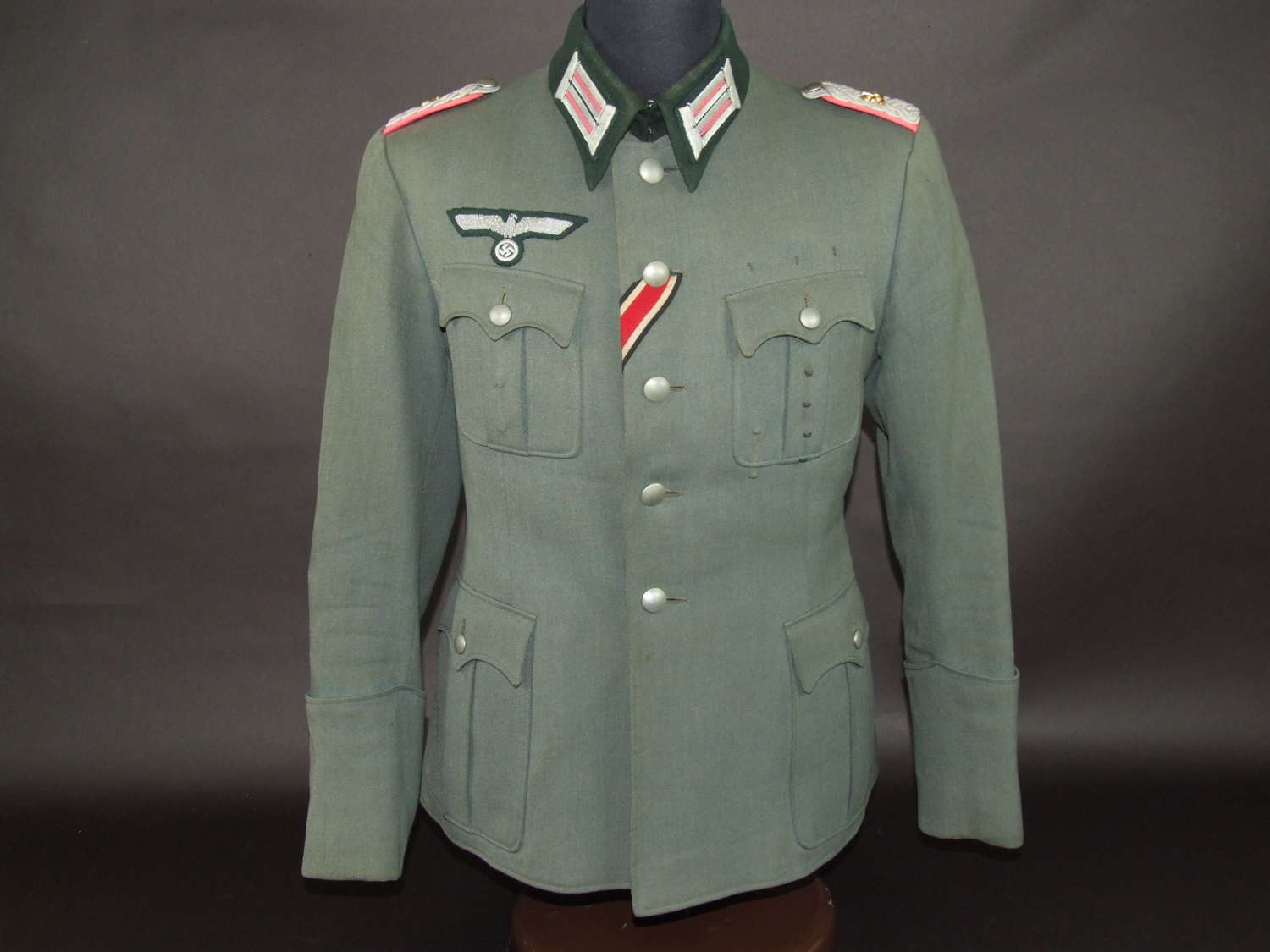 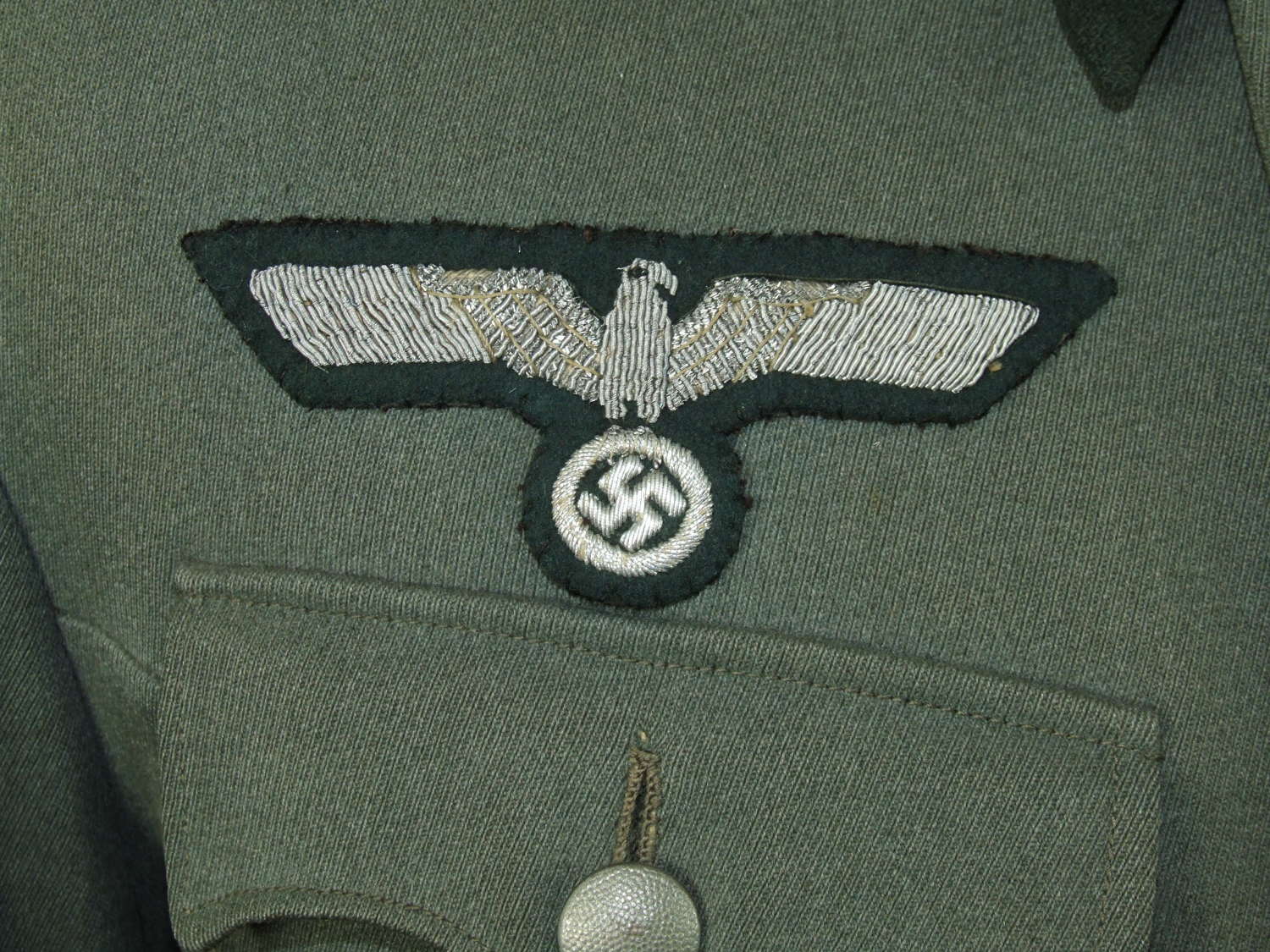 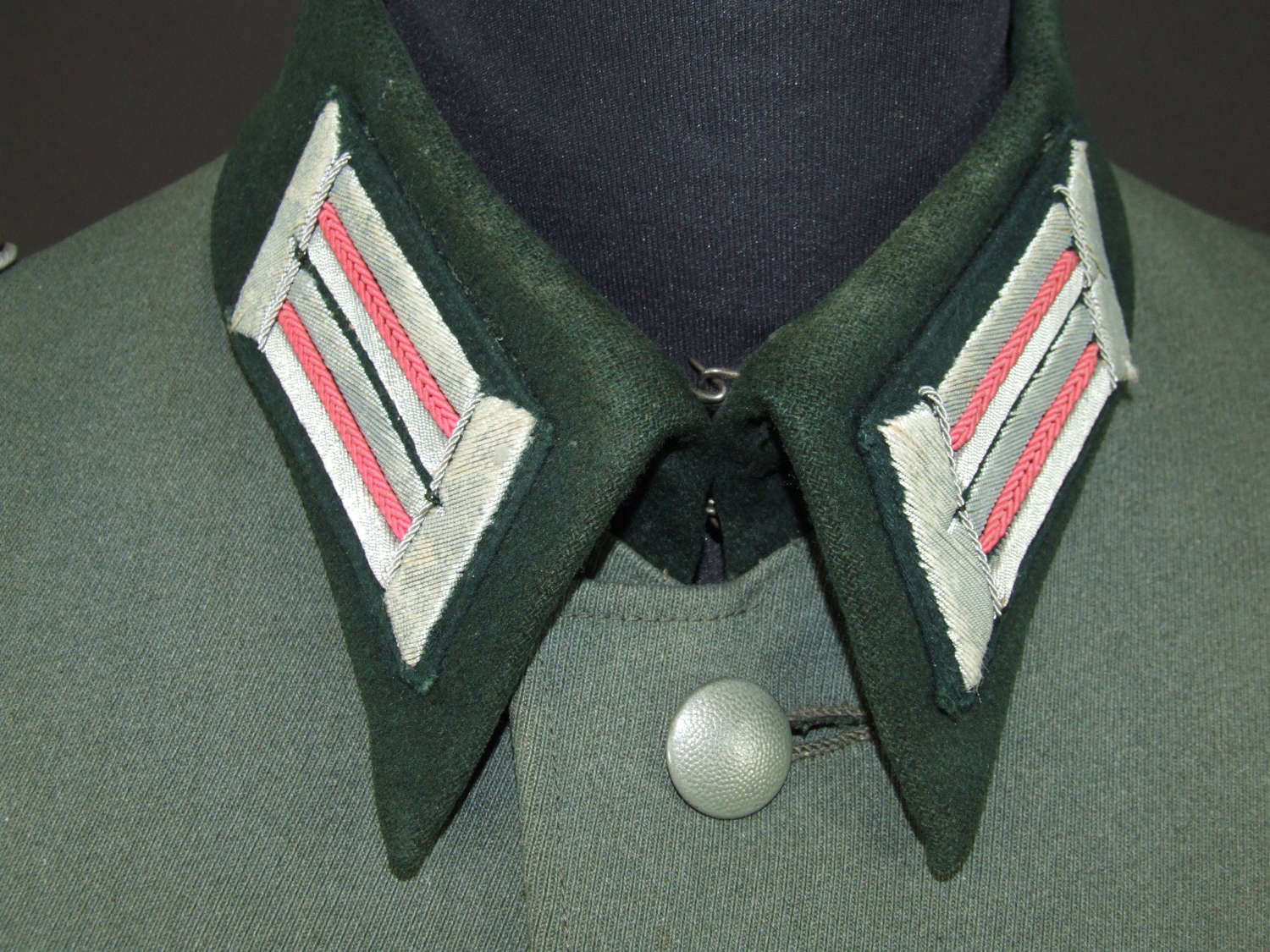 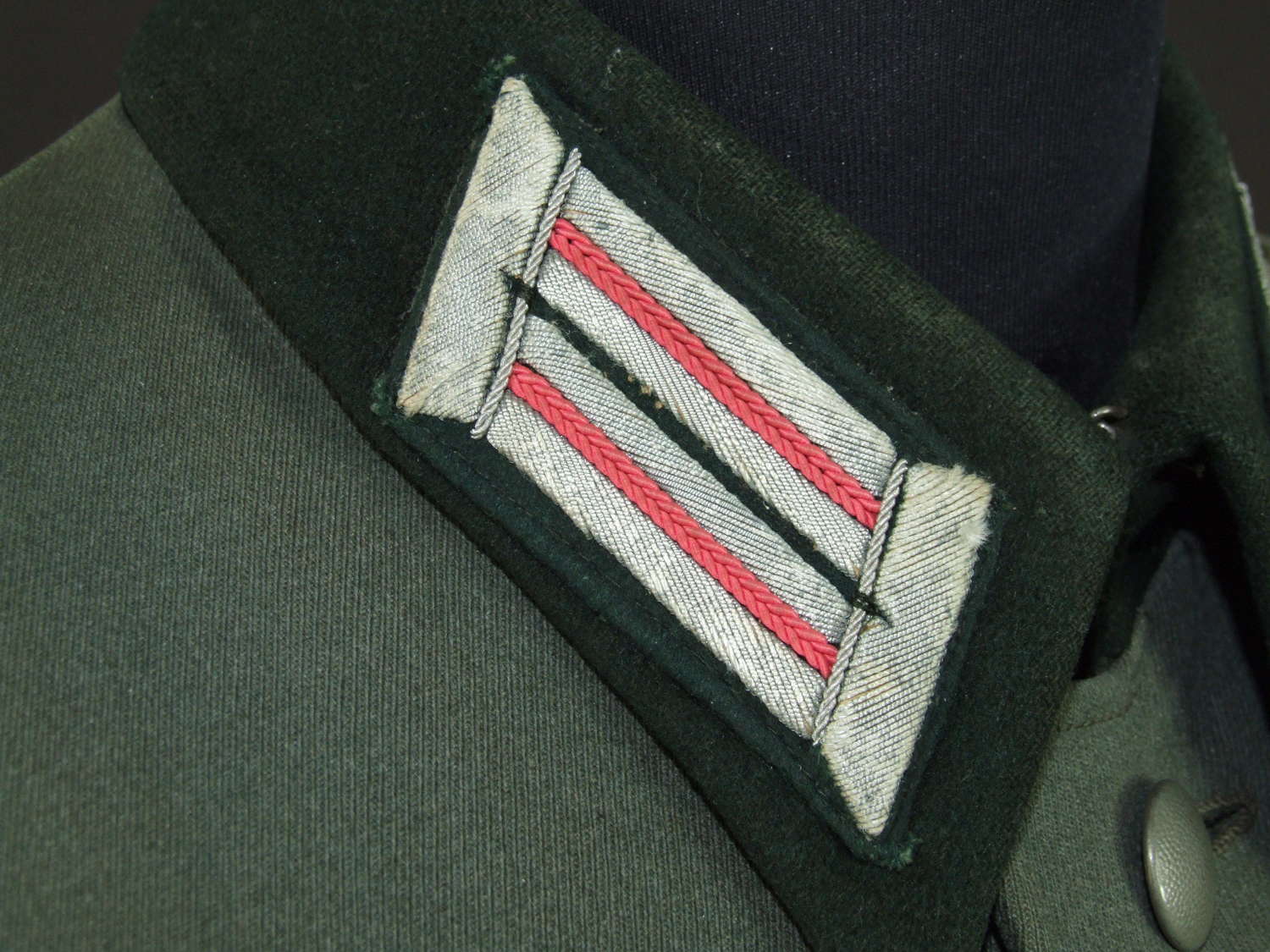 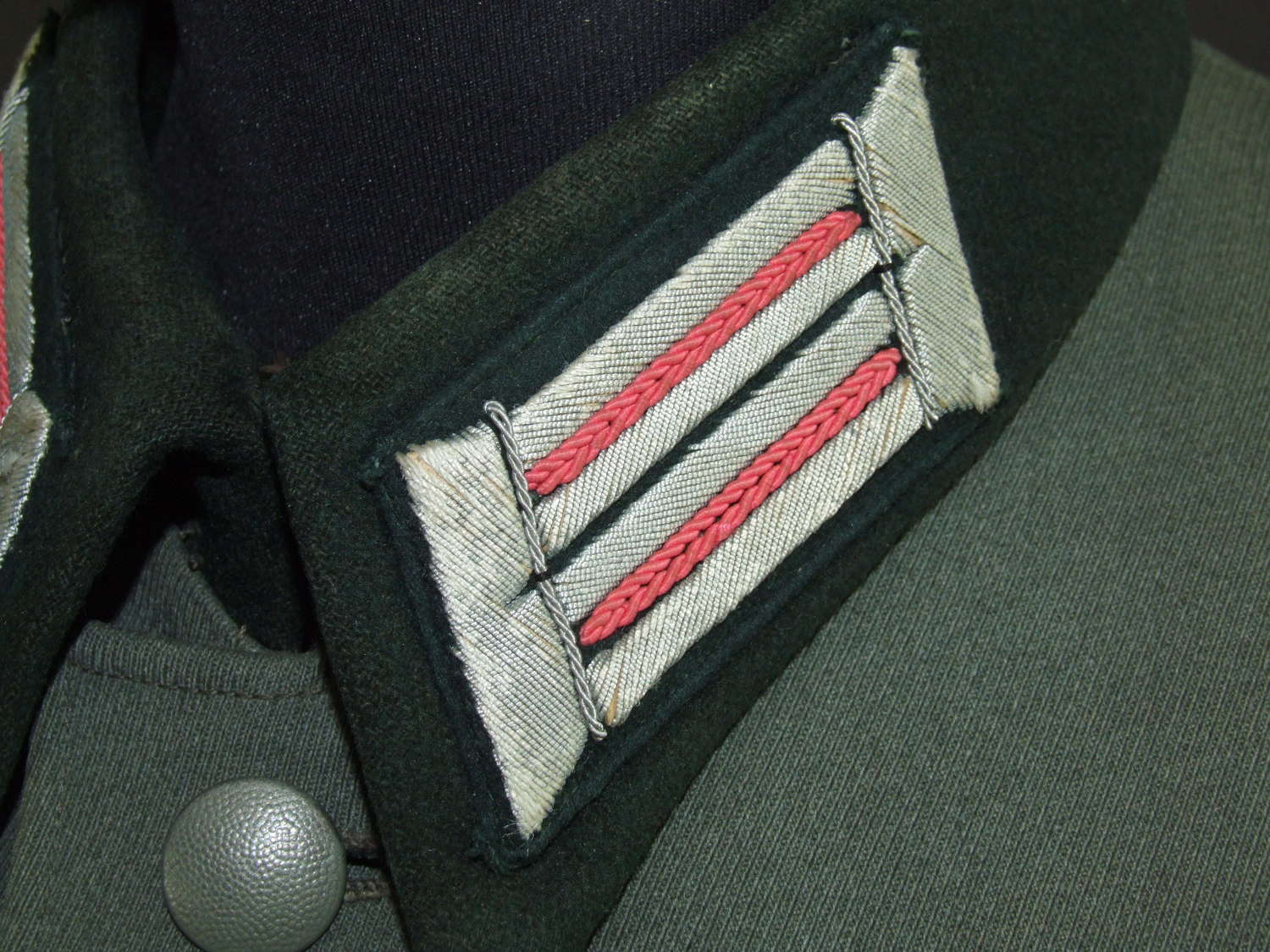 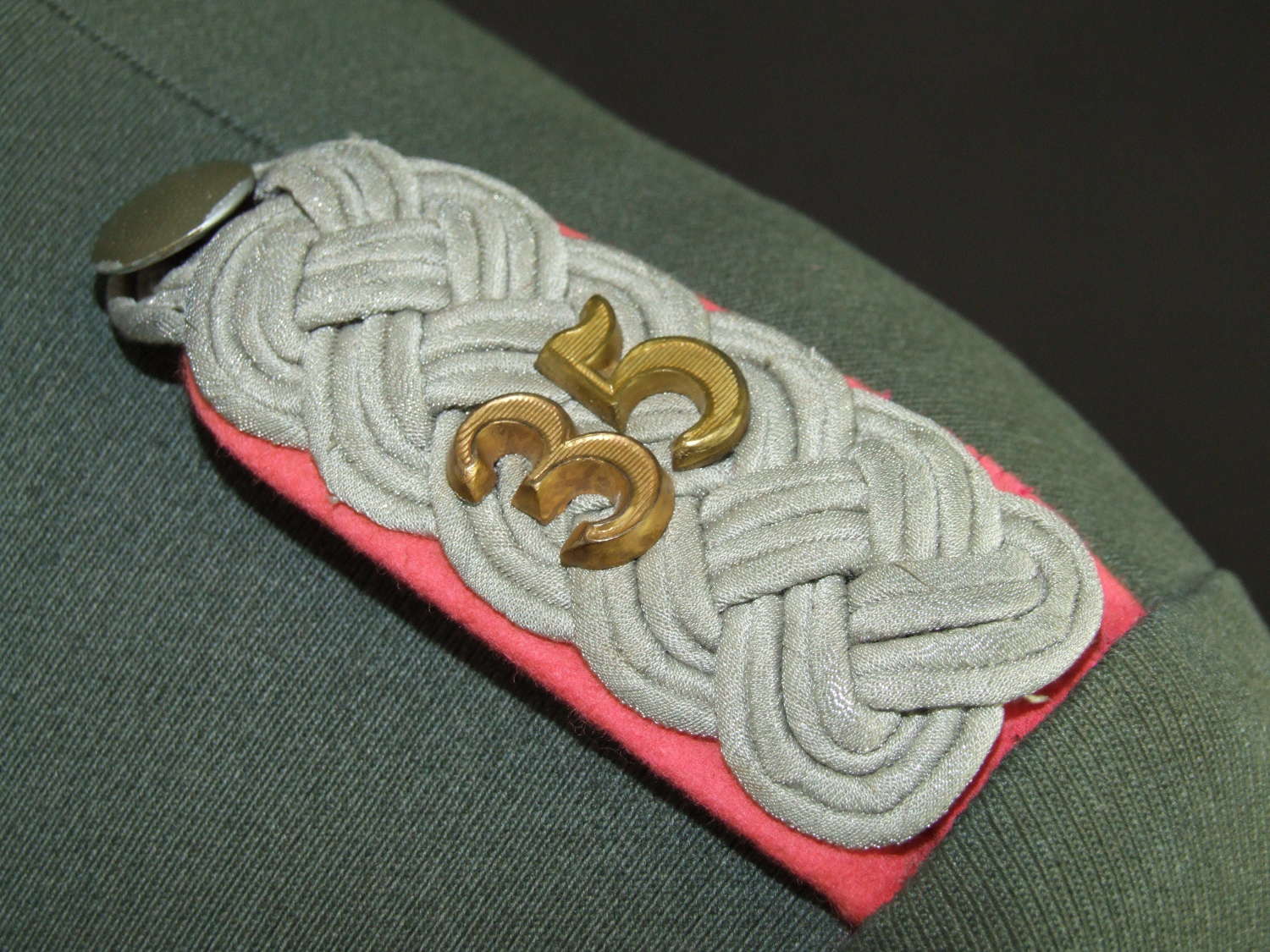 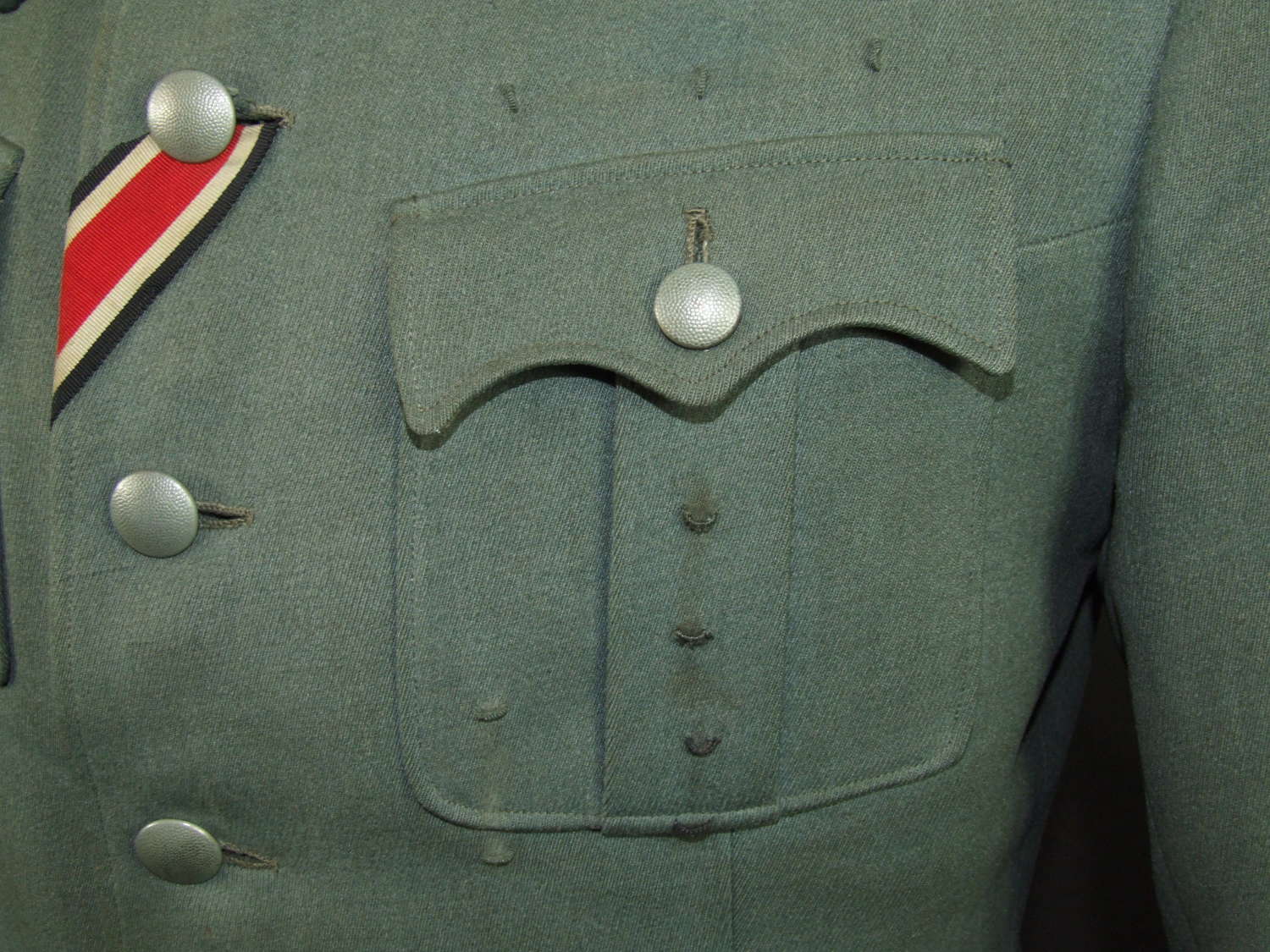 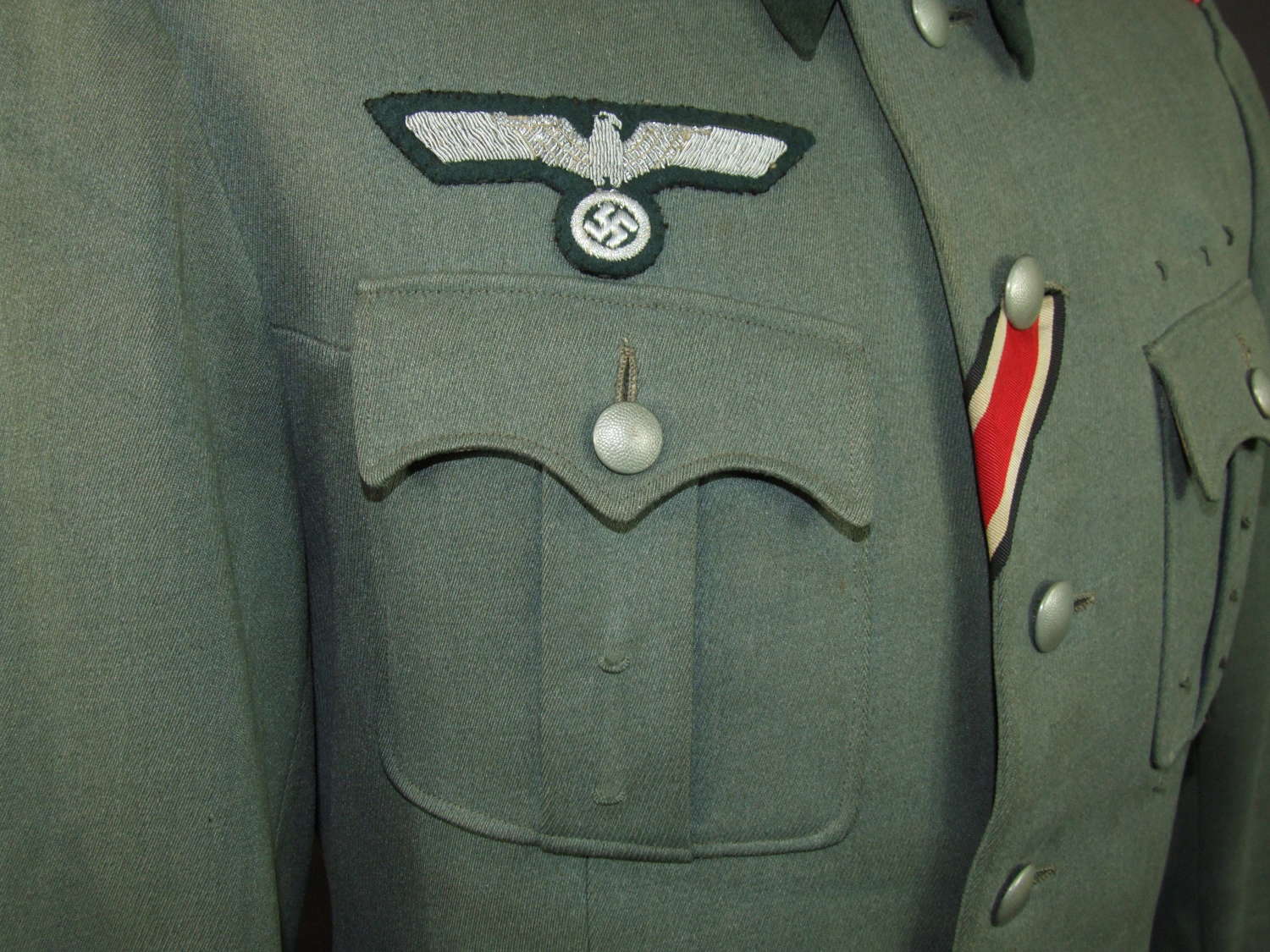 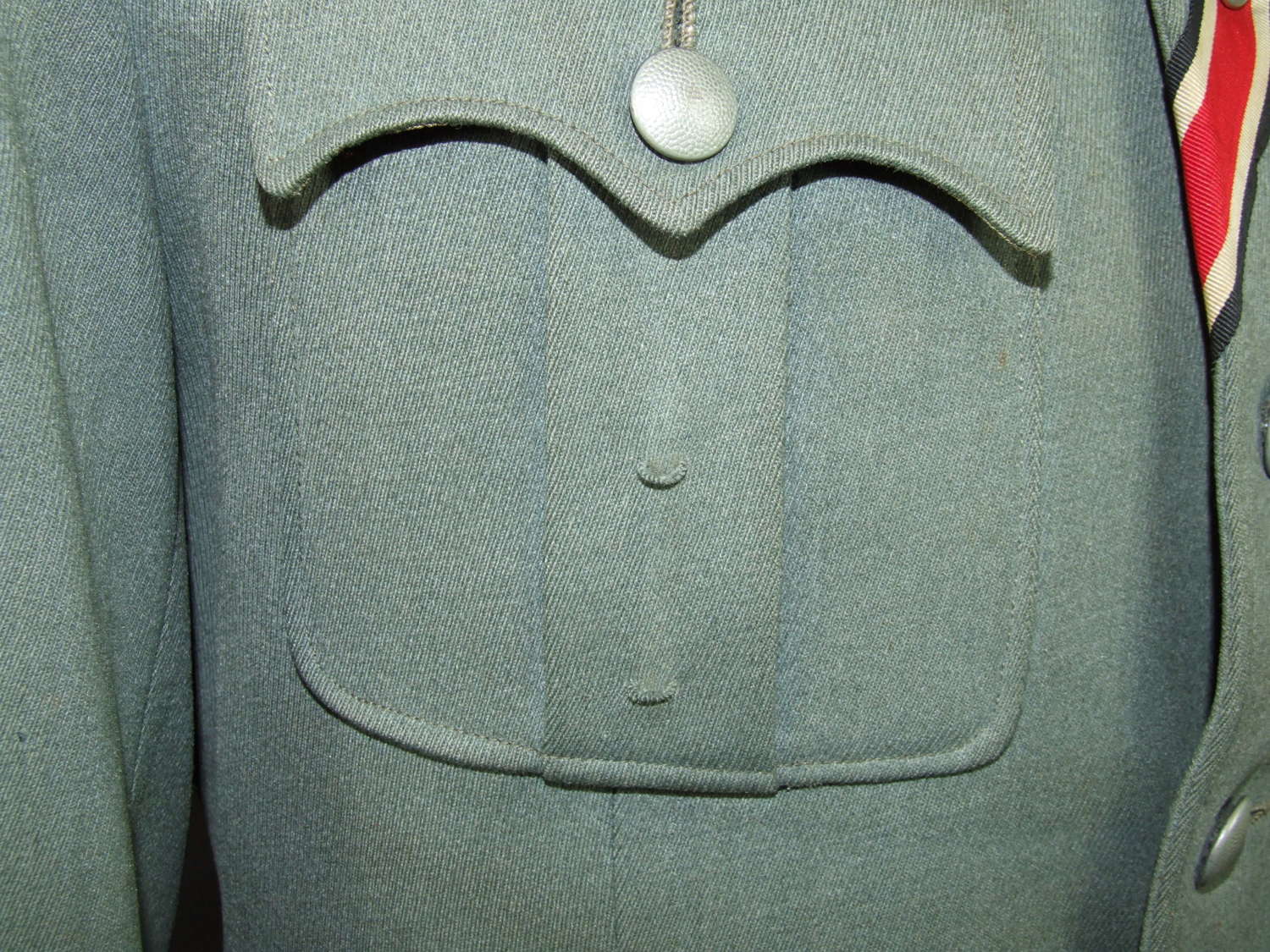 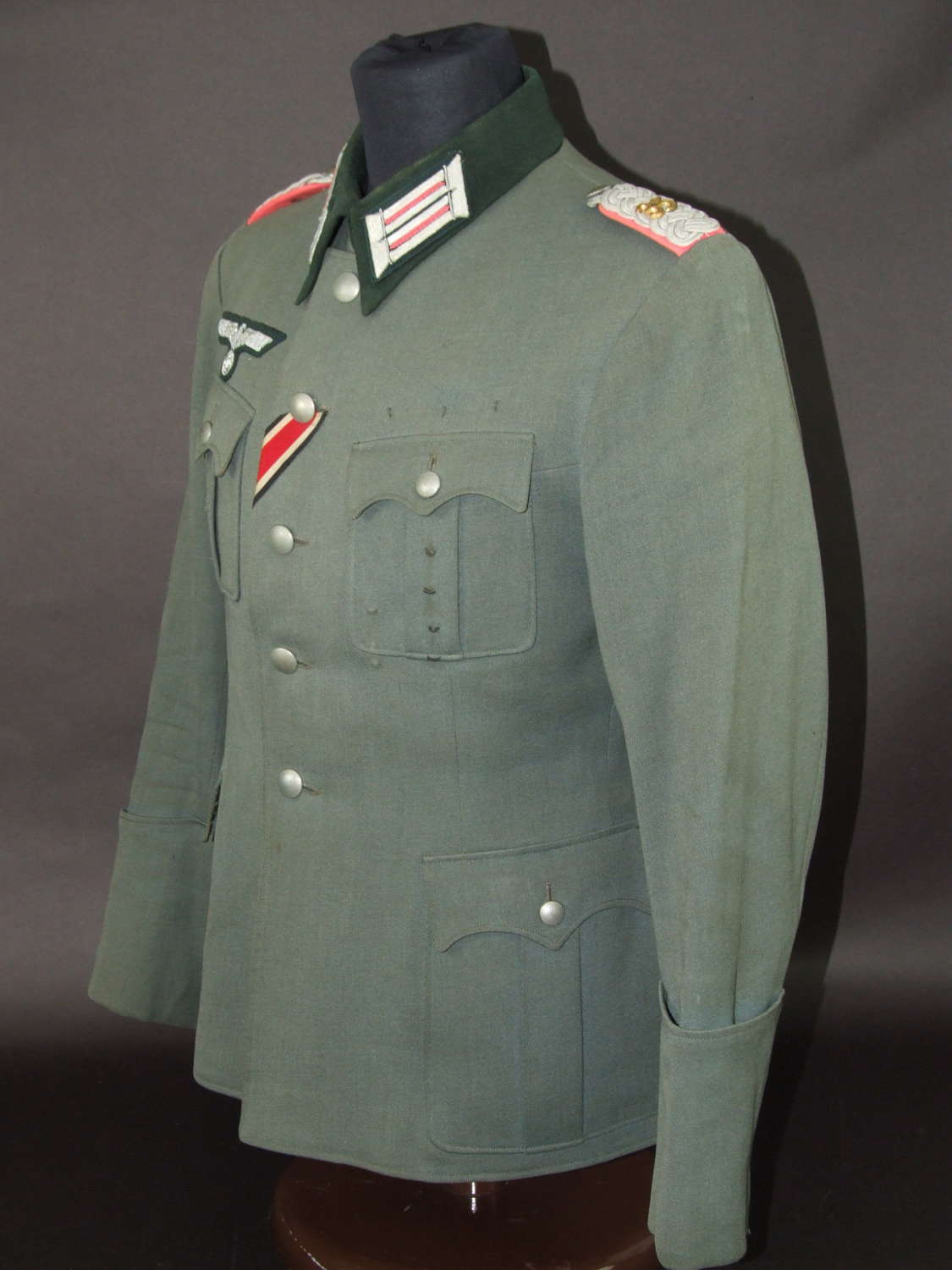 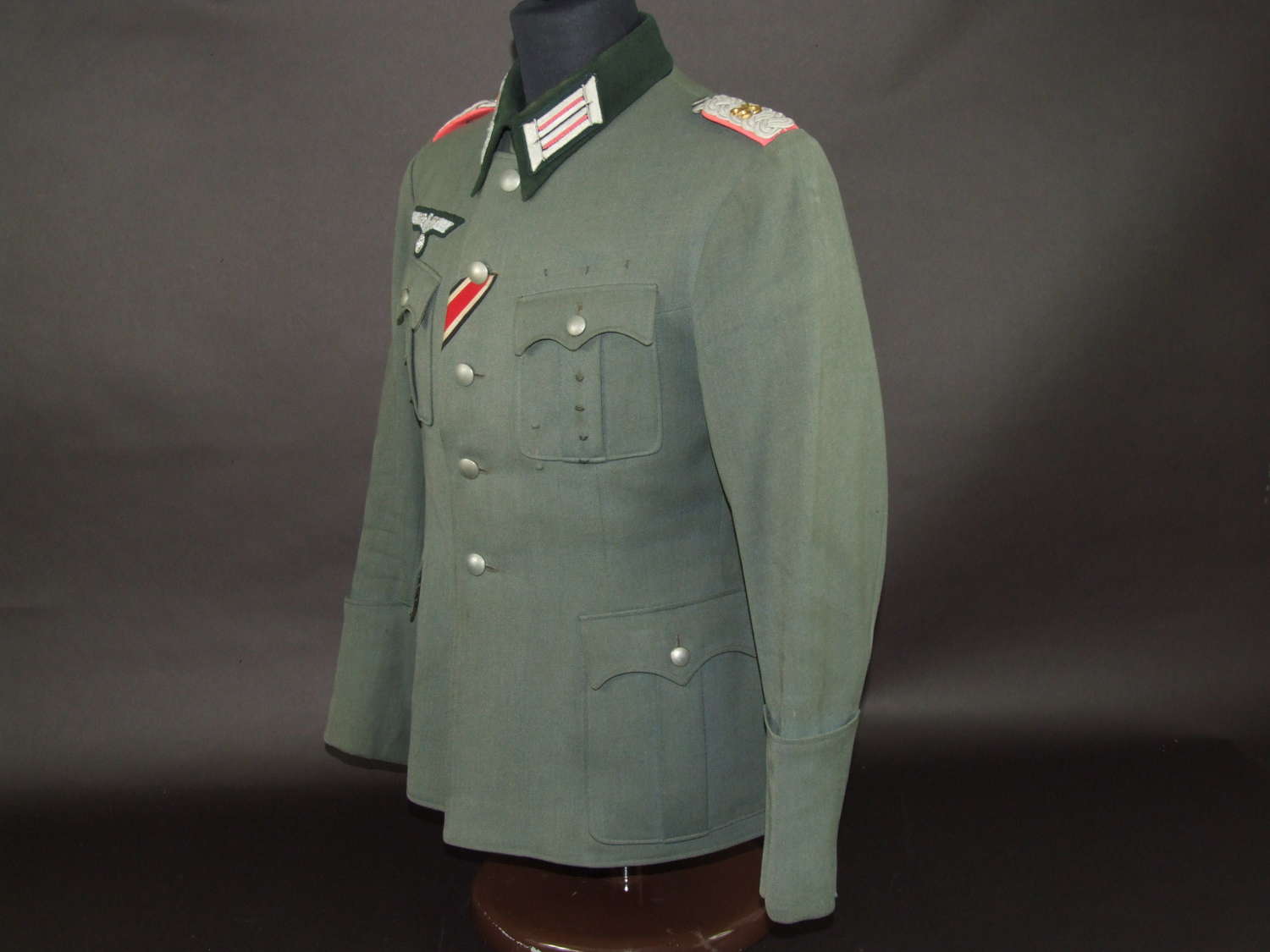 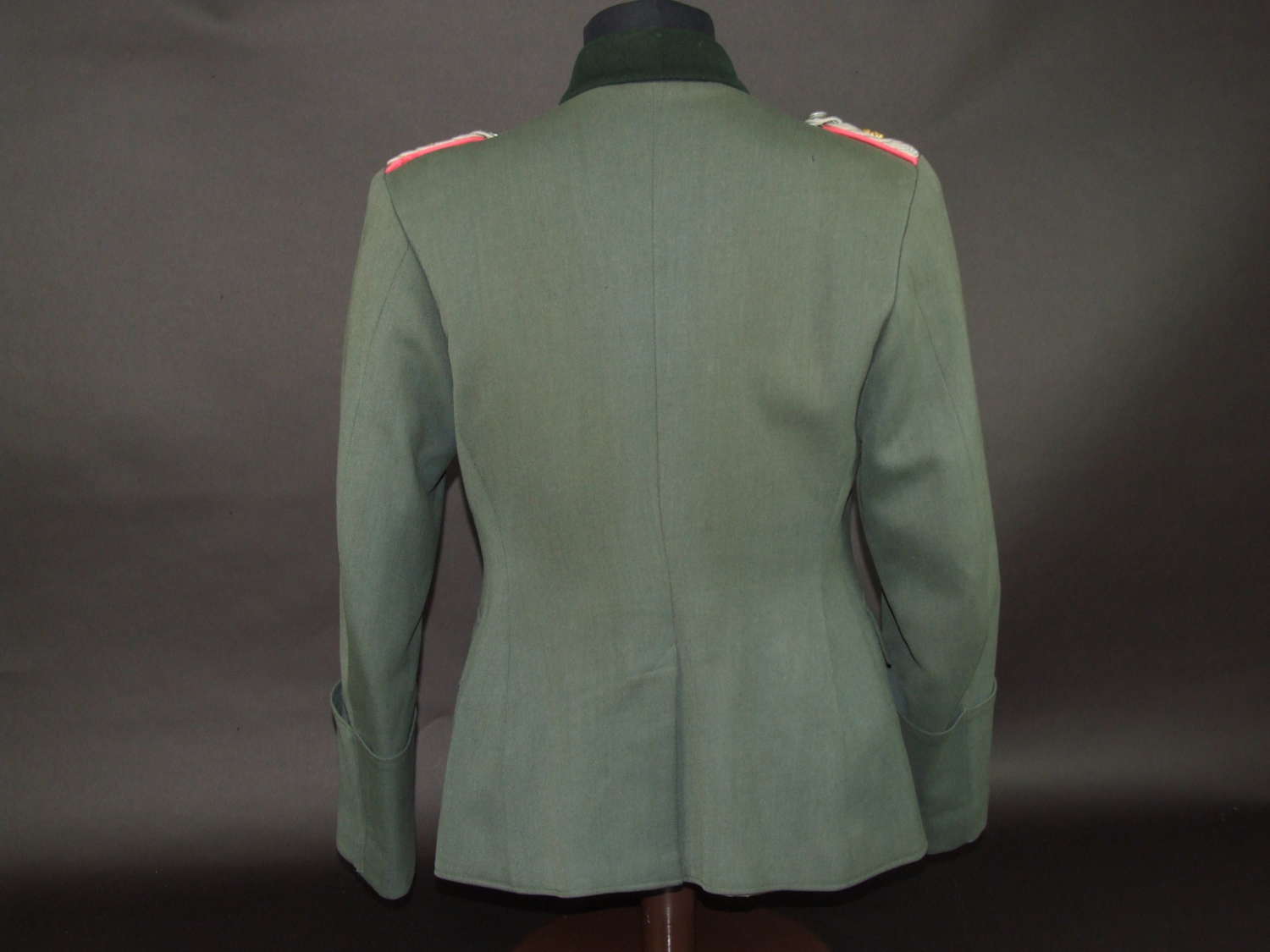 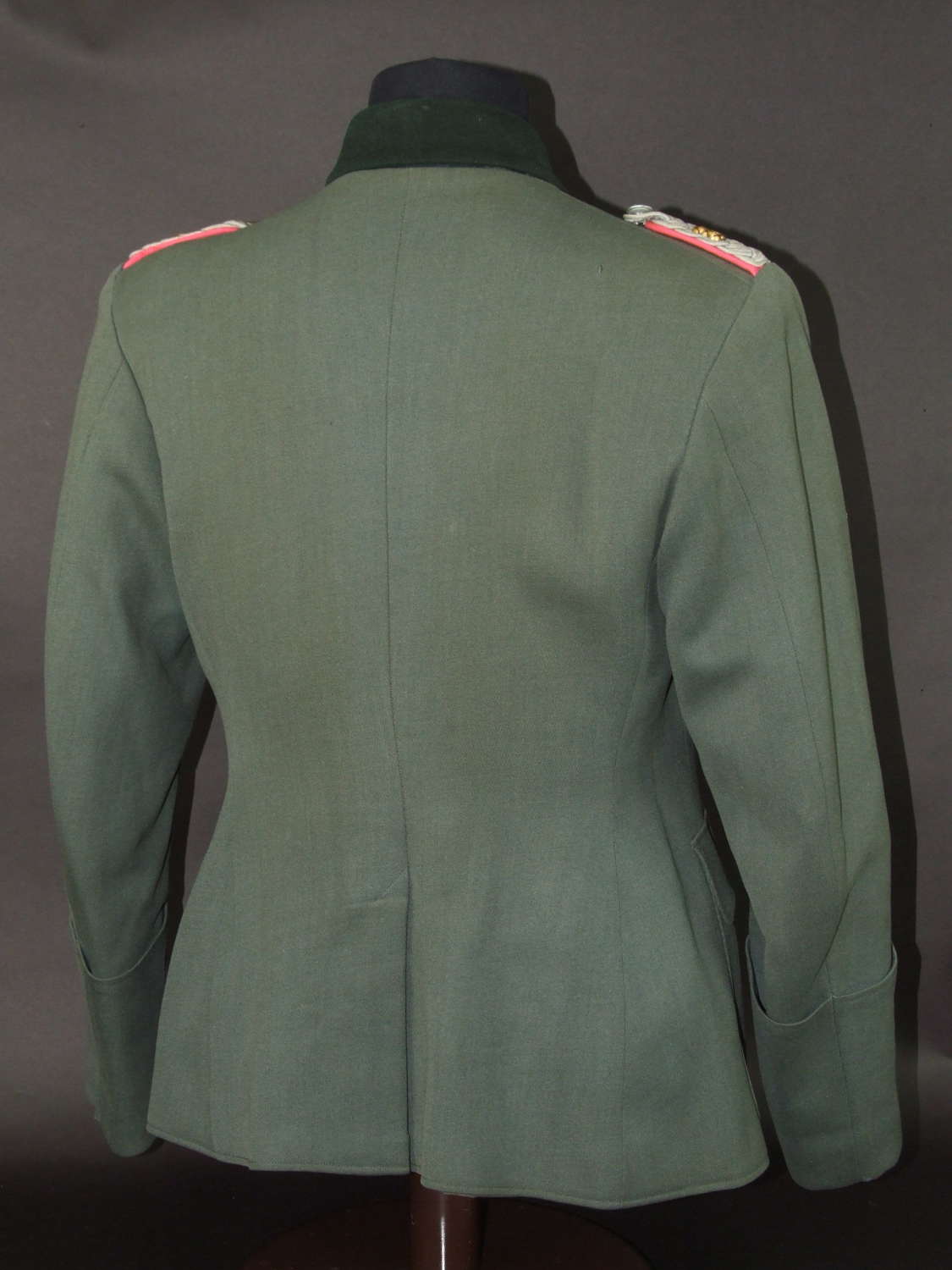 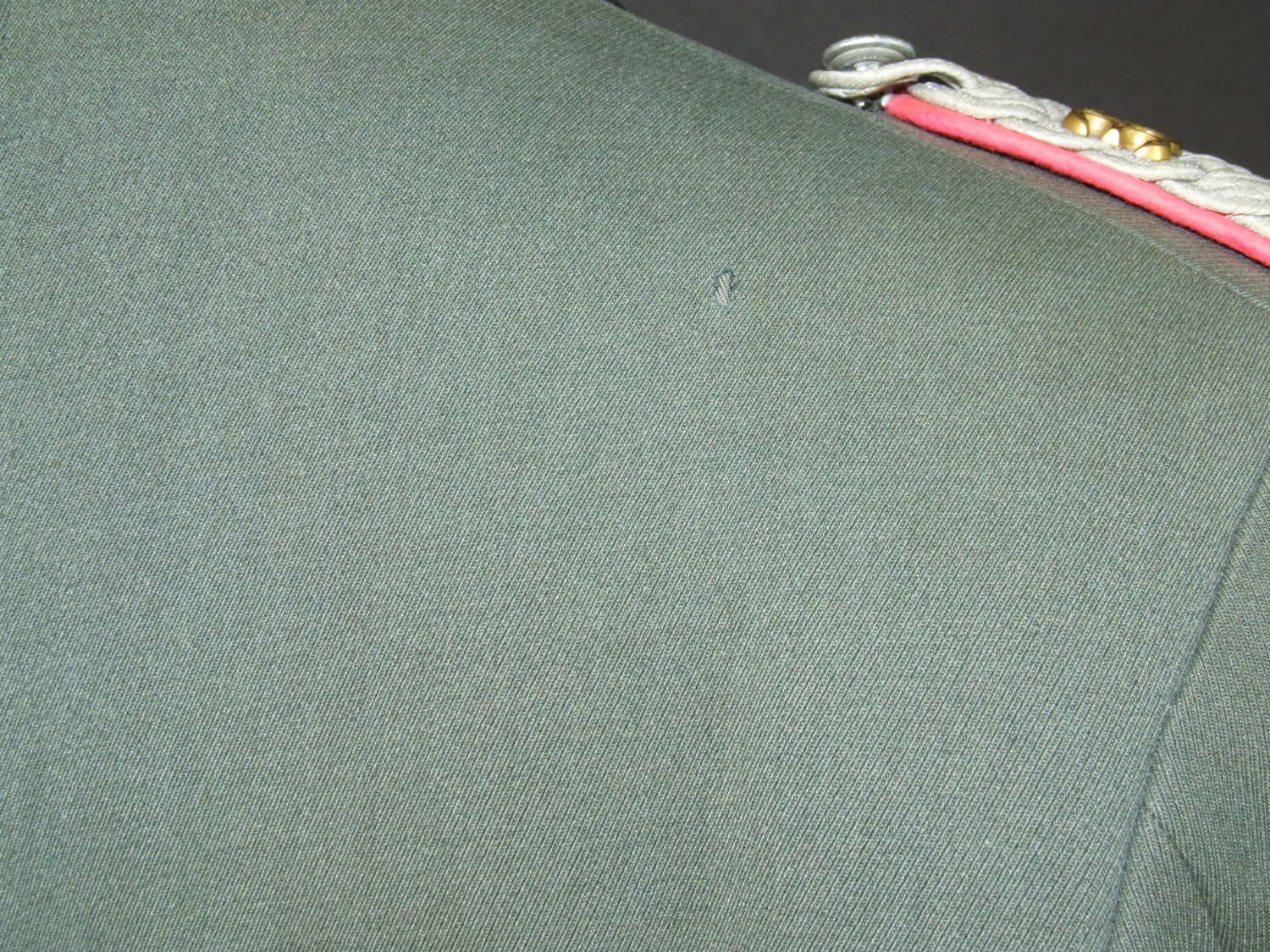 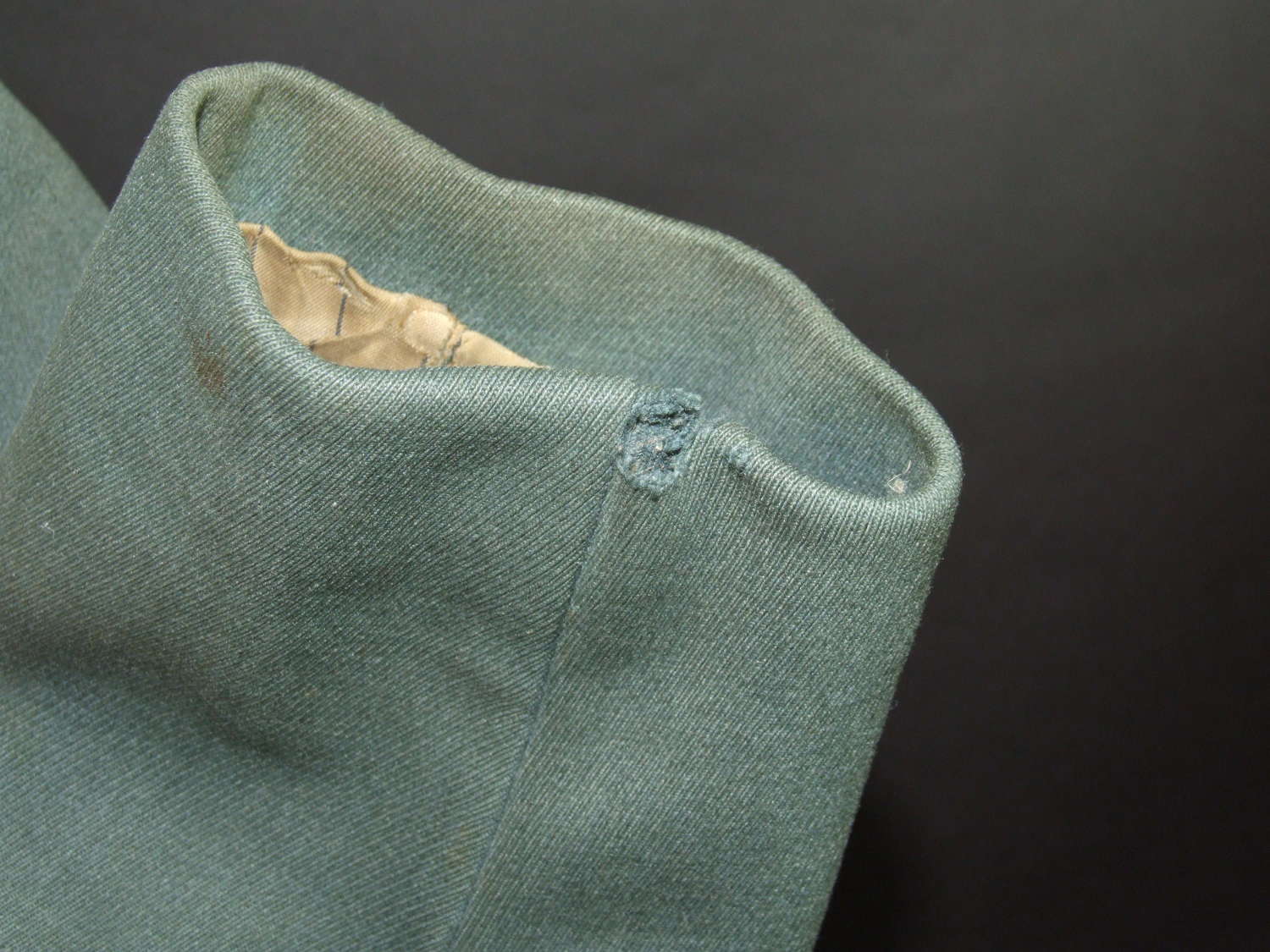 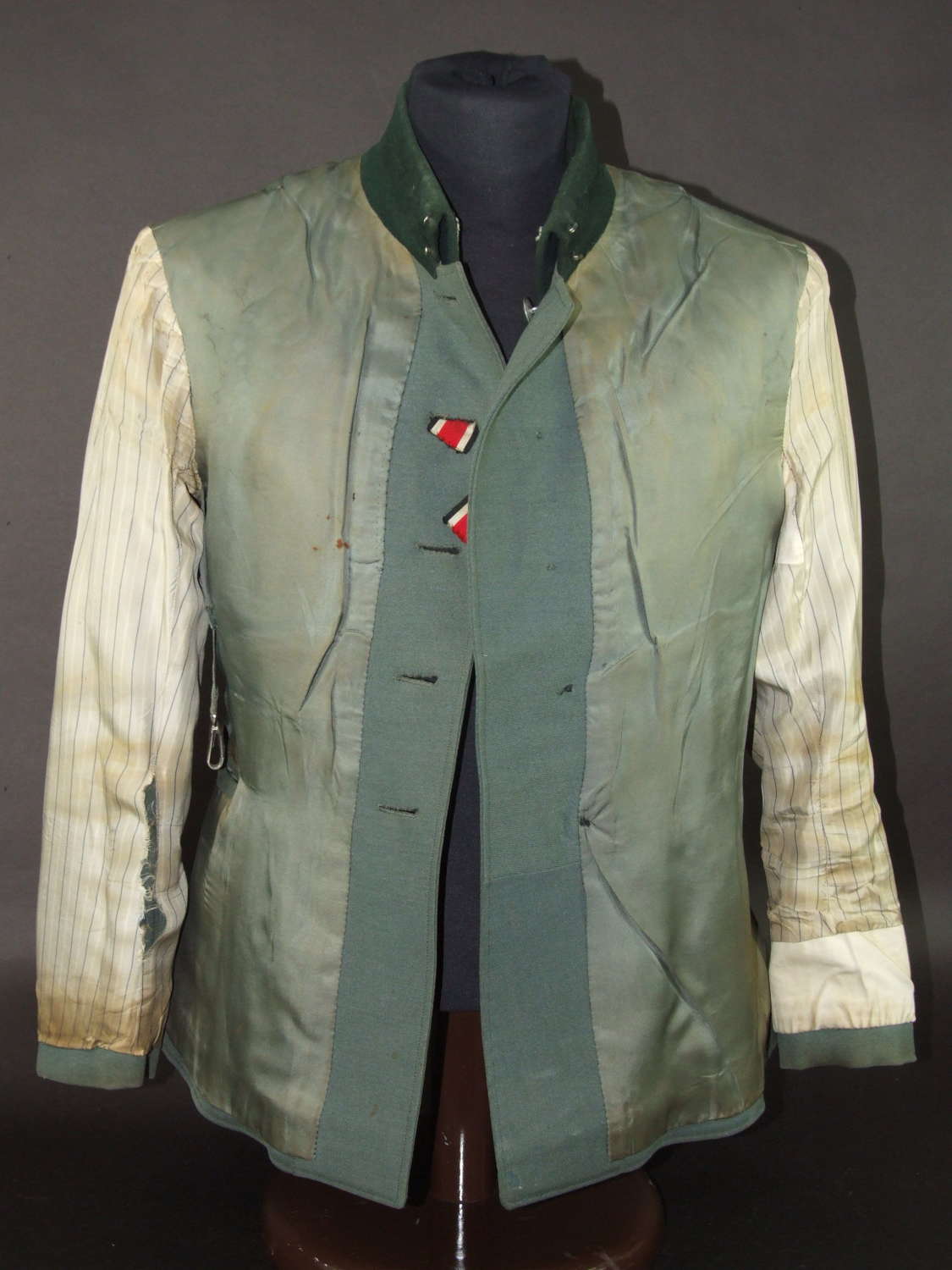 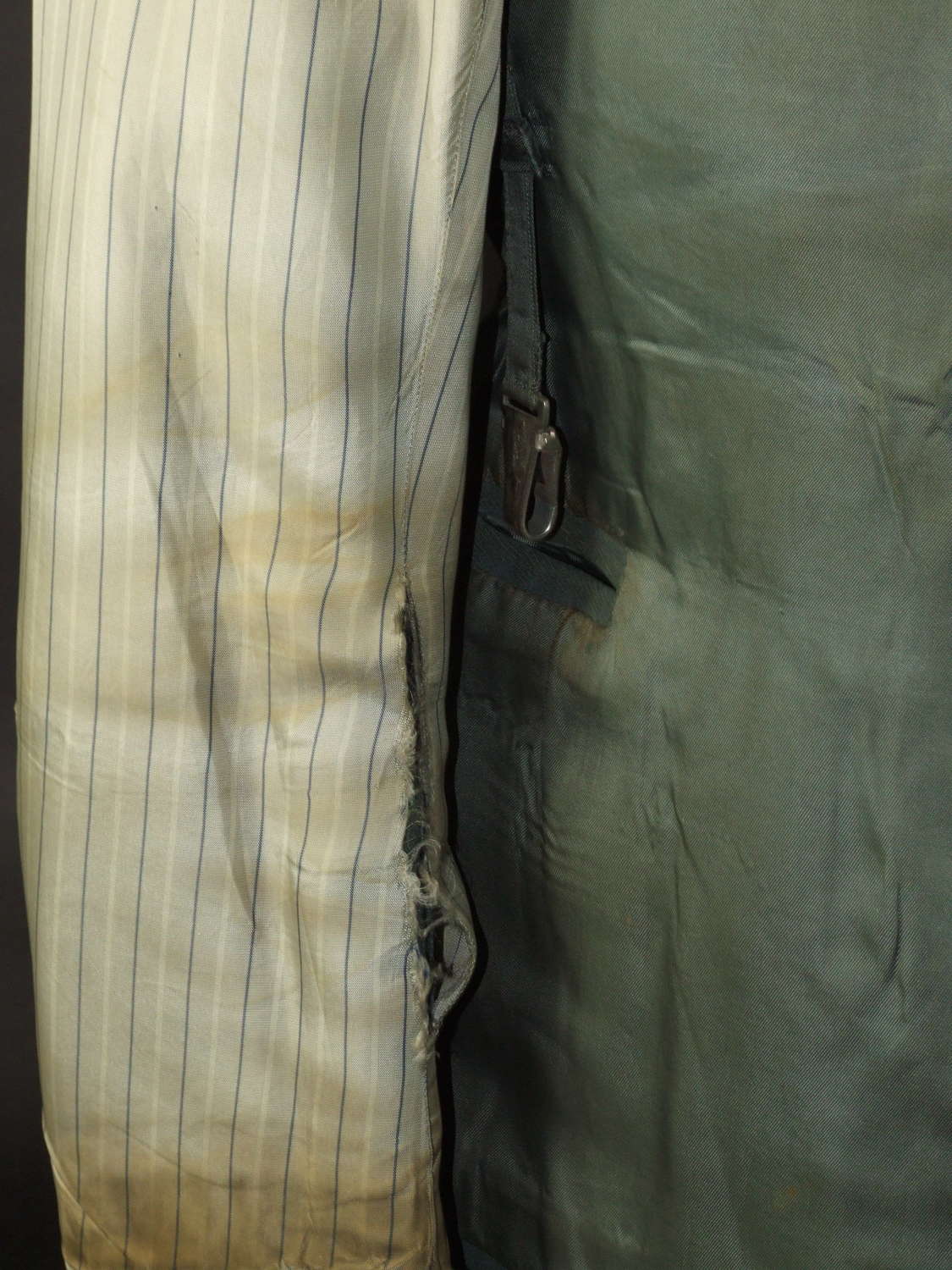 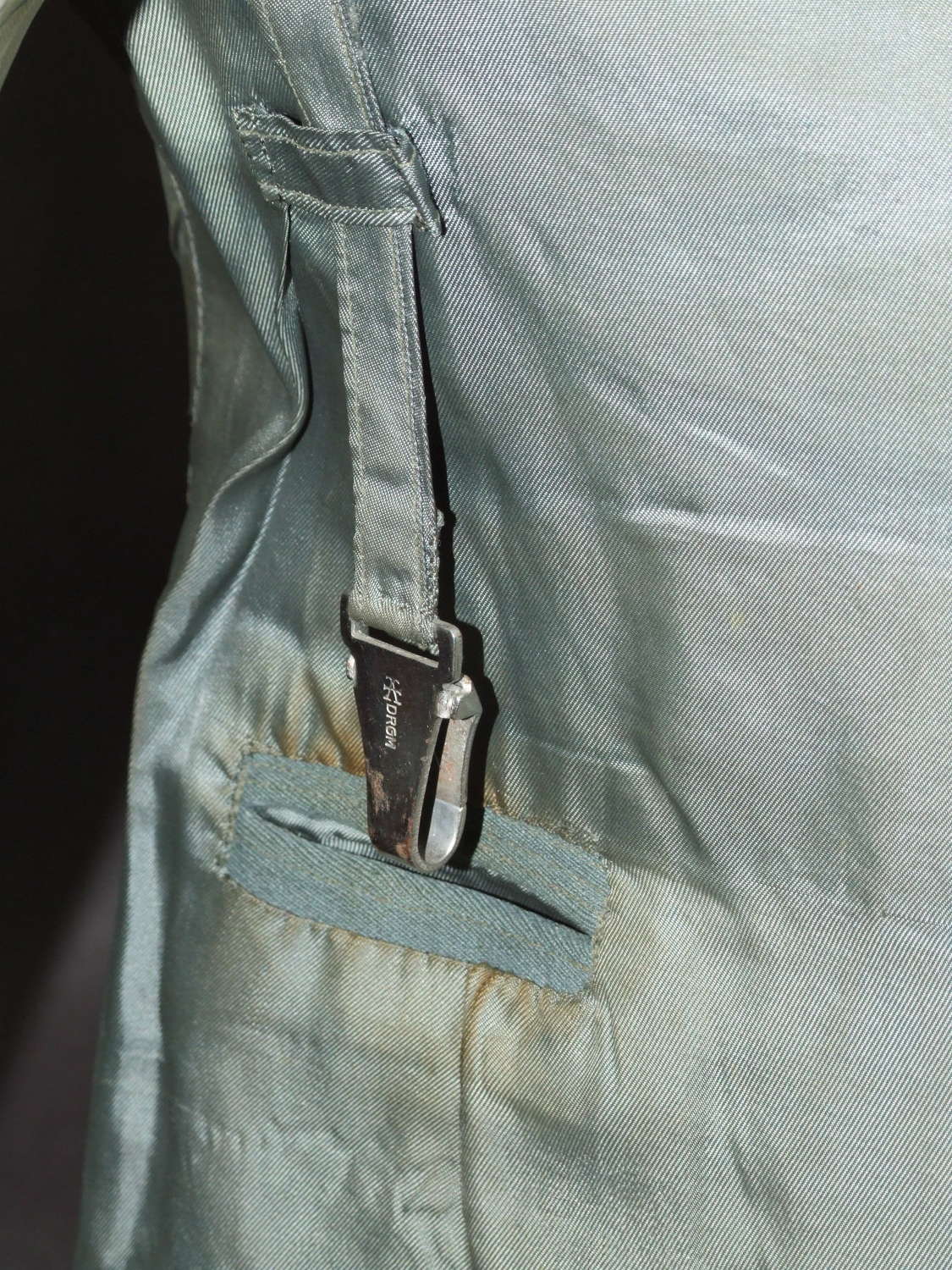 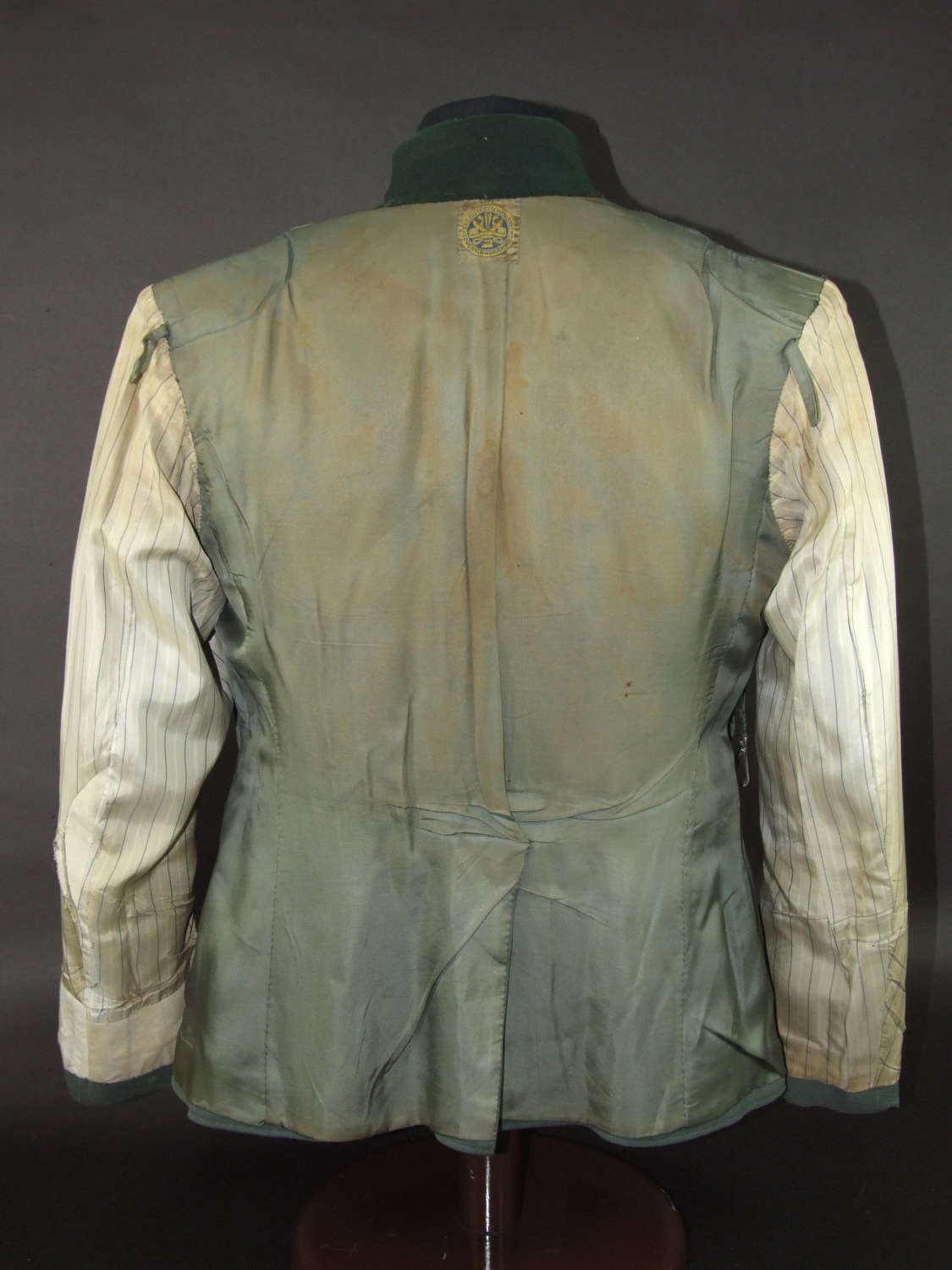