Commemorative Copper plaque marking the Centenary of the death of Admiral Nelson and made with copper taken from HMS Victory and mounted on oak. Measuring 260mm x 205mm with a hanging hook.

Dated 21 October 1905 to mark the death of Admiral Lord Nelson on 21 October 1805 at the Battle of Trafalgar, the copper shield is stamped with the image of Nelson's flagship HMS Victory and an inscription on the lower part that reads, "ENGLAND EXPECTS T.E.M.W.D.H. (that every man will do his duty, a Nelsonian saying that was widely known at the time) DUTY / DEATH OF NELSON OCTOBER 21ST 1805 / CENTENARY MEMENTO OCTOBER 21ST 1905 / CONTAINING COPPER FROM H.M.S. VICTORY / FROM LORDS OF THE ADMIRALTY / TO BRITISH & FOREIGN SAILOR'S SOCIETY./ E.R./ VII." 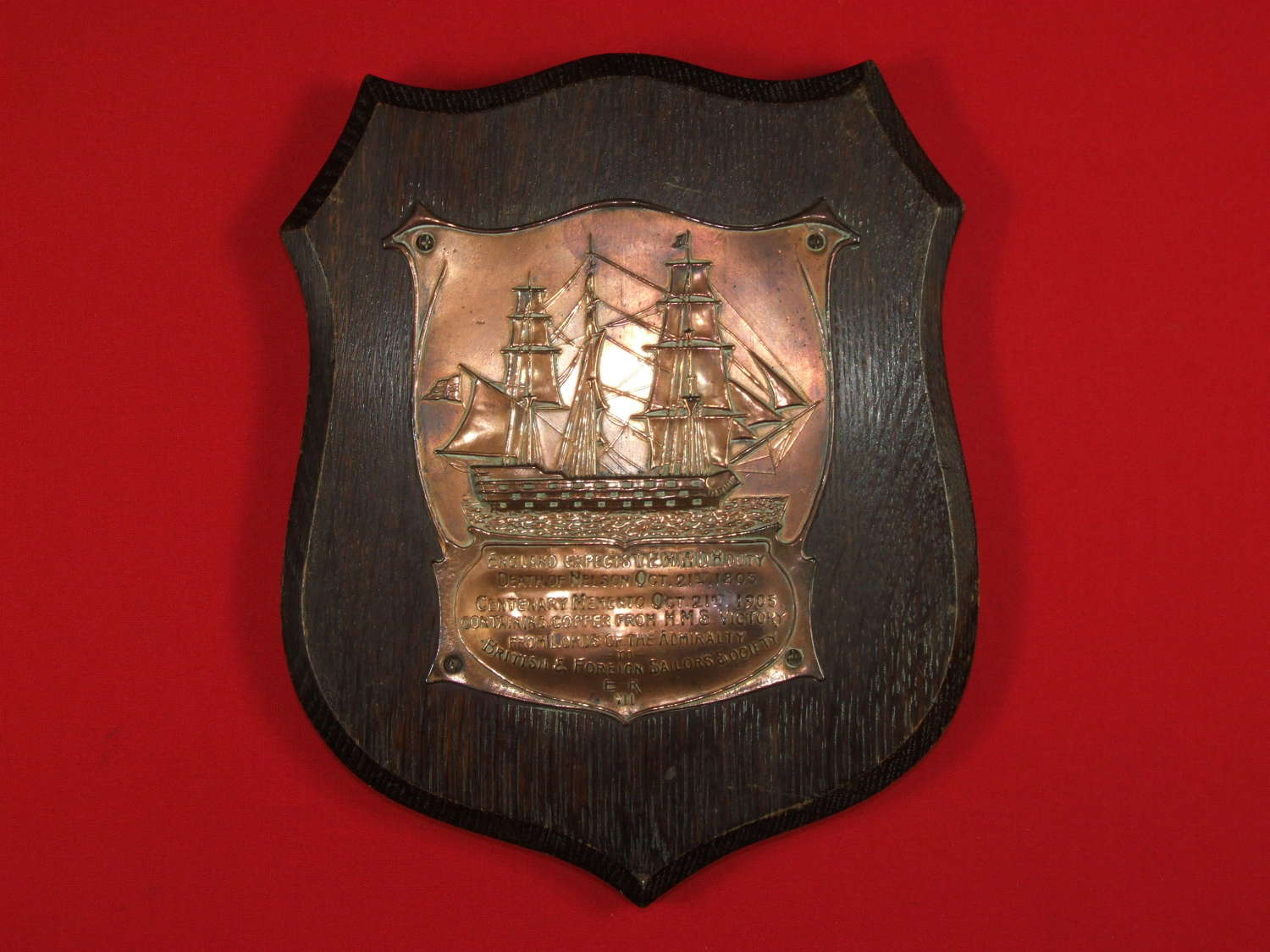 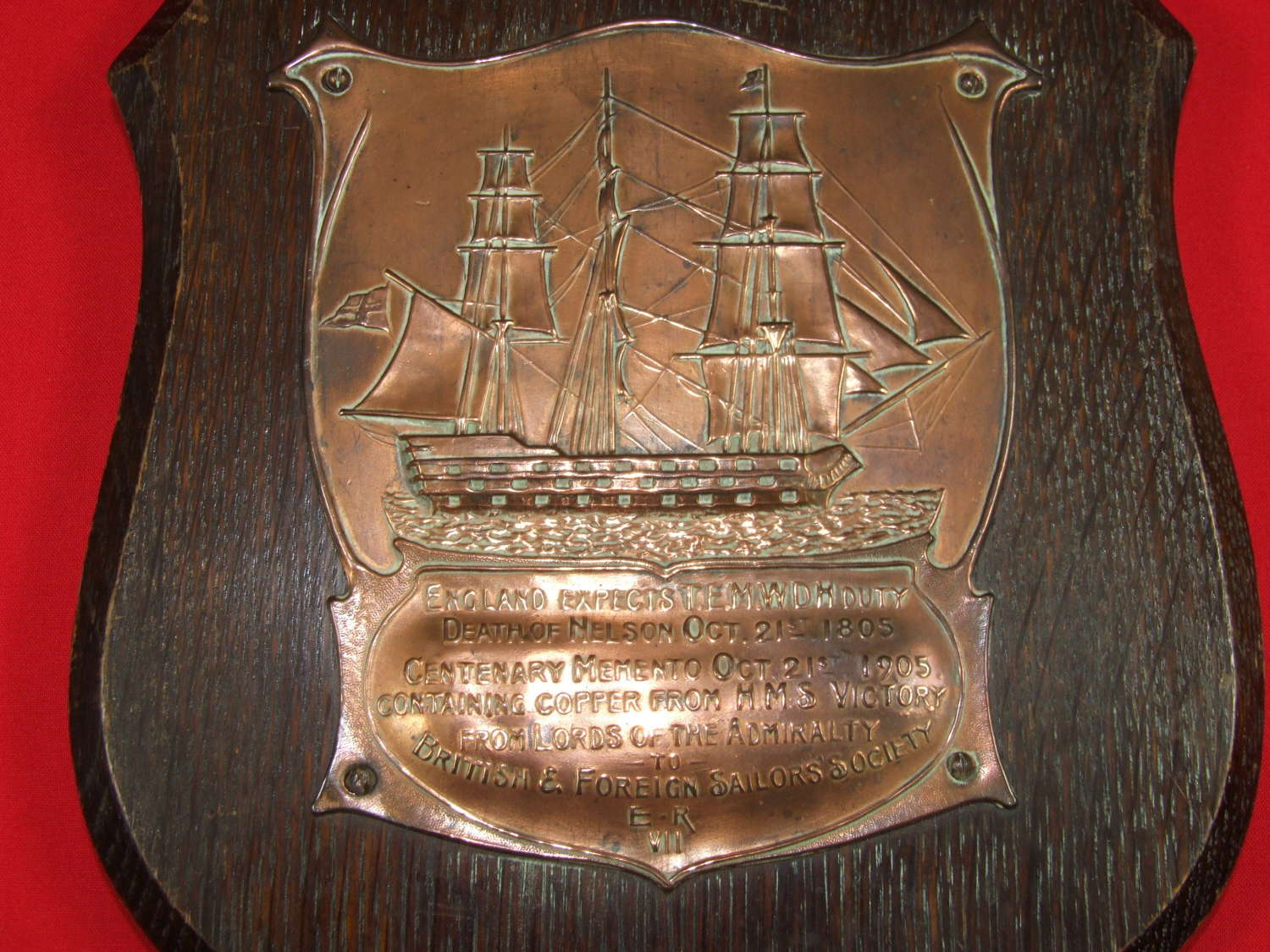 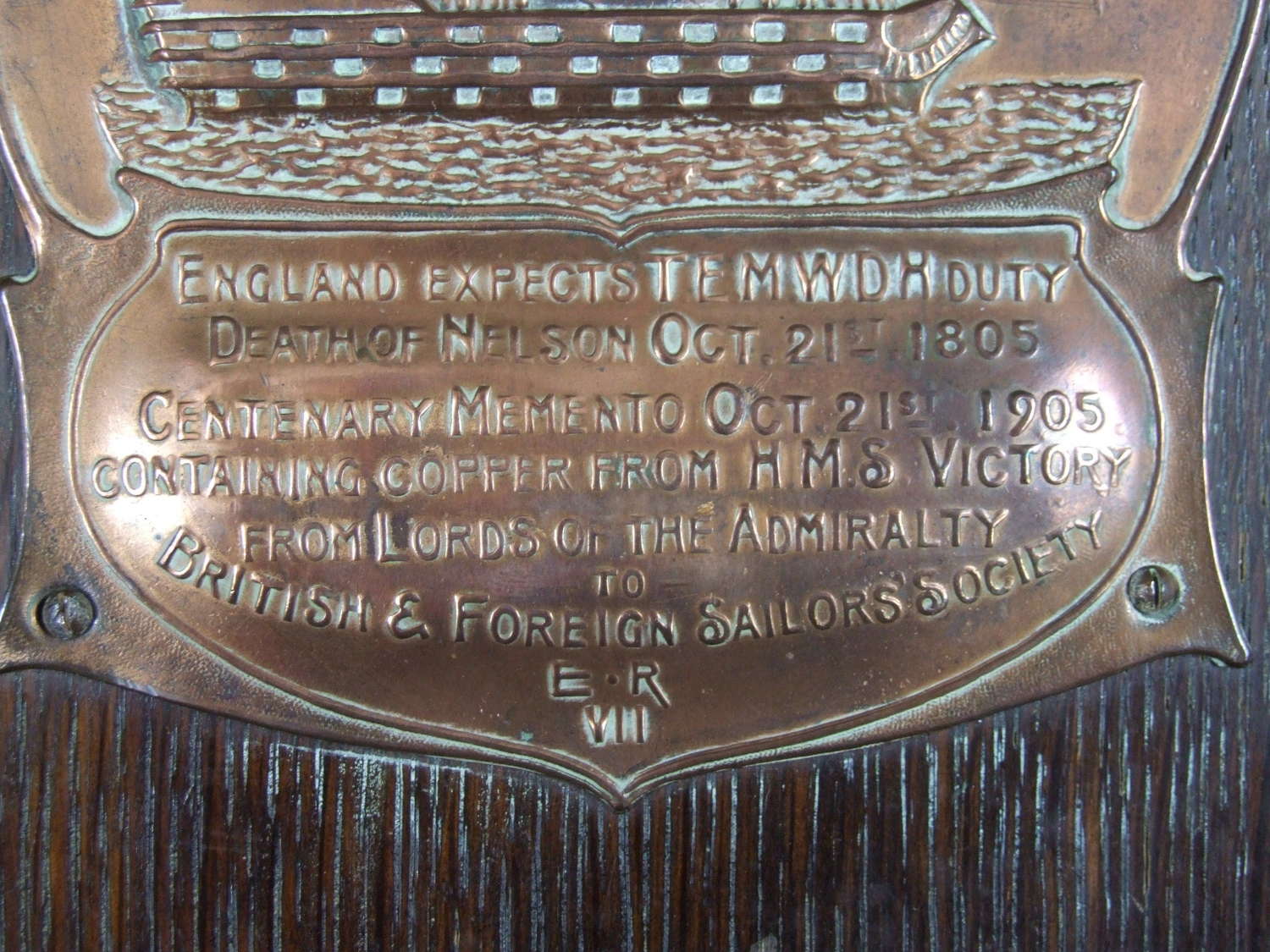 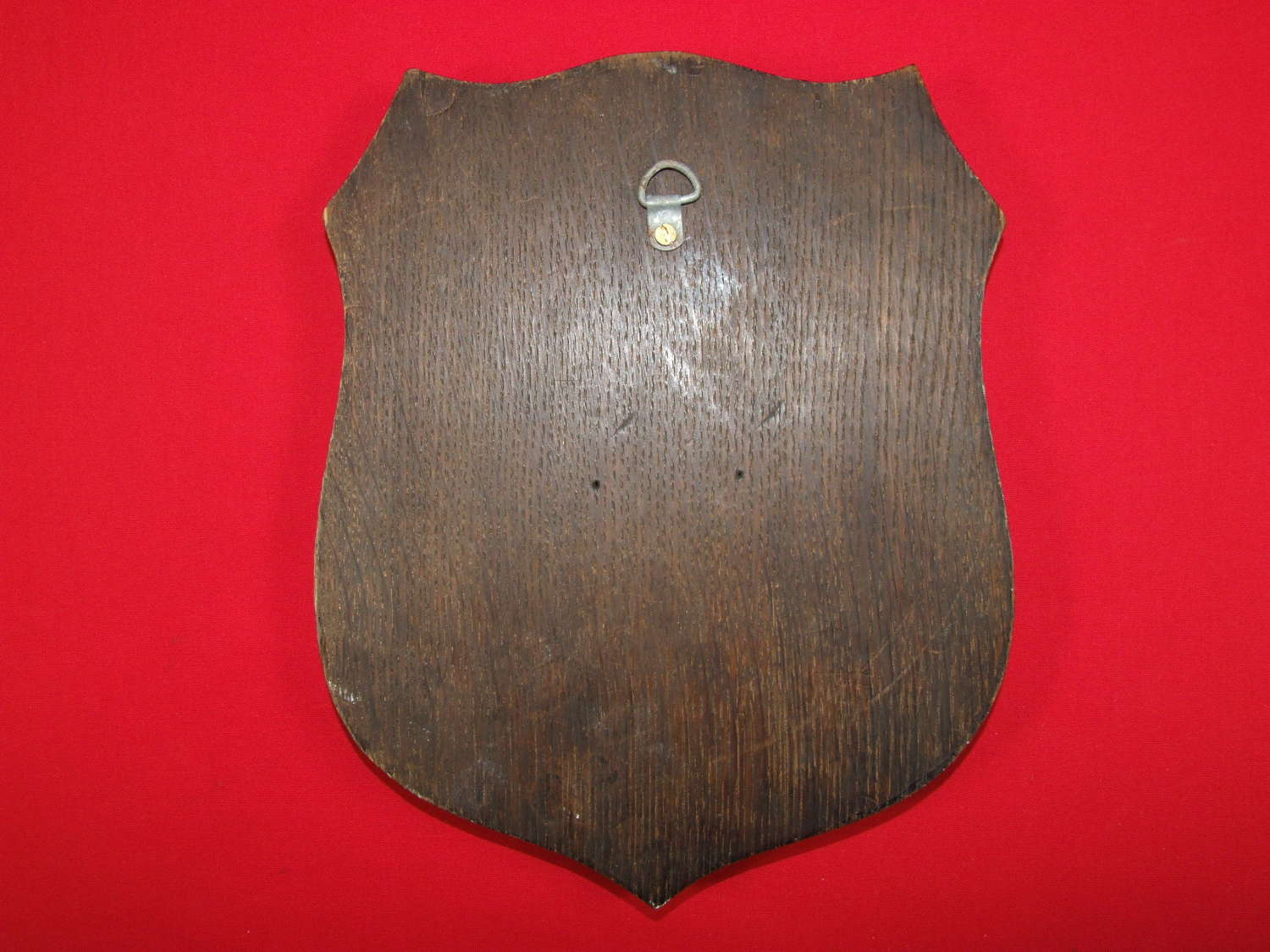