British Made US Paratrooper Jump Wings by S.S. Ltd. B

A scarce British Made US Parachutist Jump wing awarded to those who had satisfactorily  completed the prescribed proficiency tests or participated in at least one combat jump.

This pin back example is in very good condition and weighs 8.98 grams. Raised from the casting on the reverse is S.S. Ltd B (Simon and Son Birmingham)

This maker ranks alongside such British firms as Gaunt in terms of its scarcity. 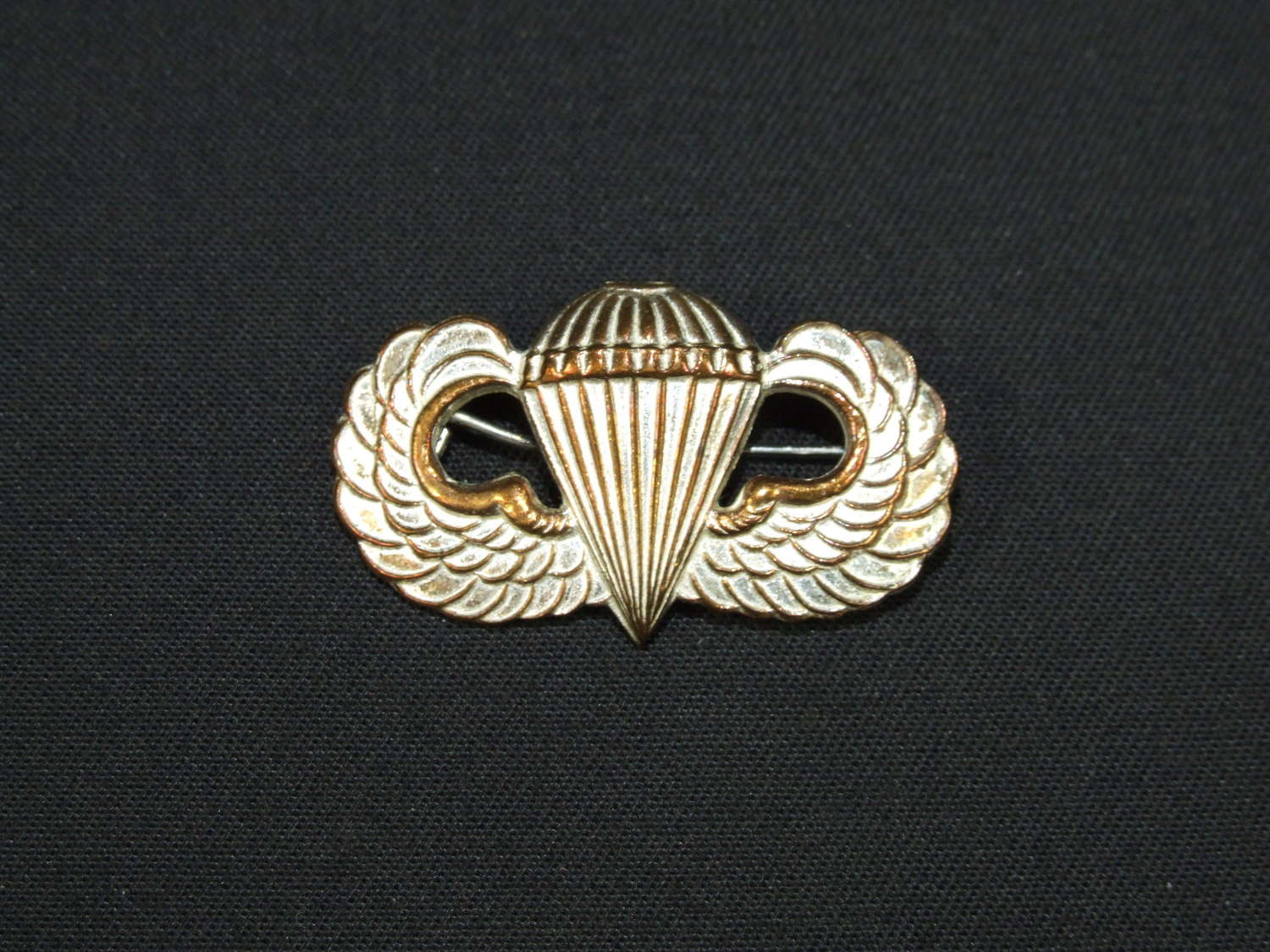 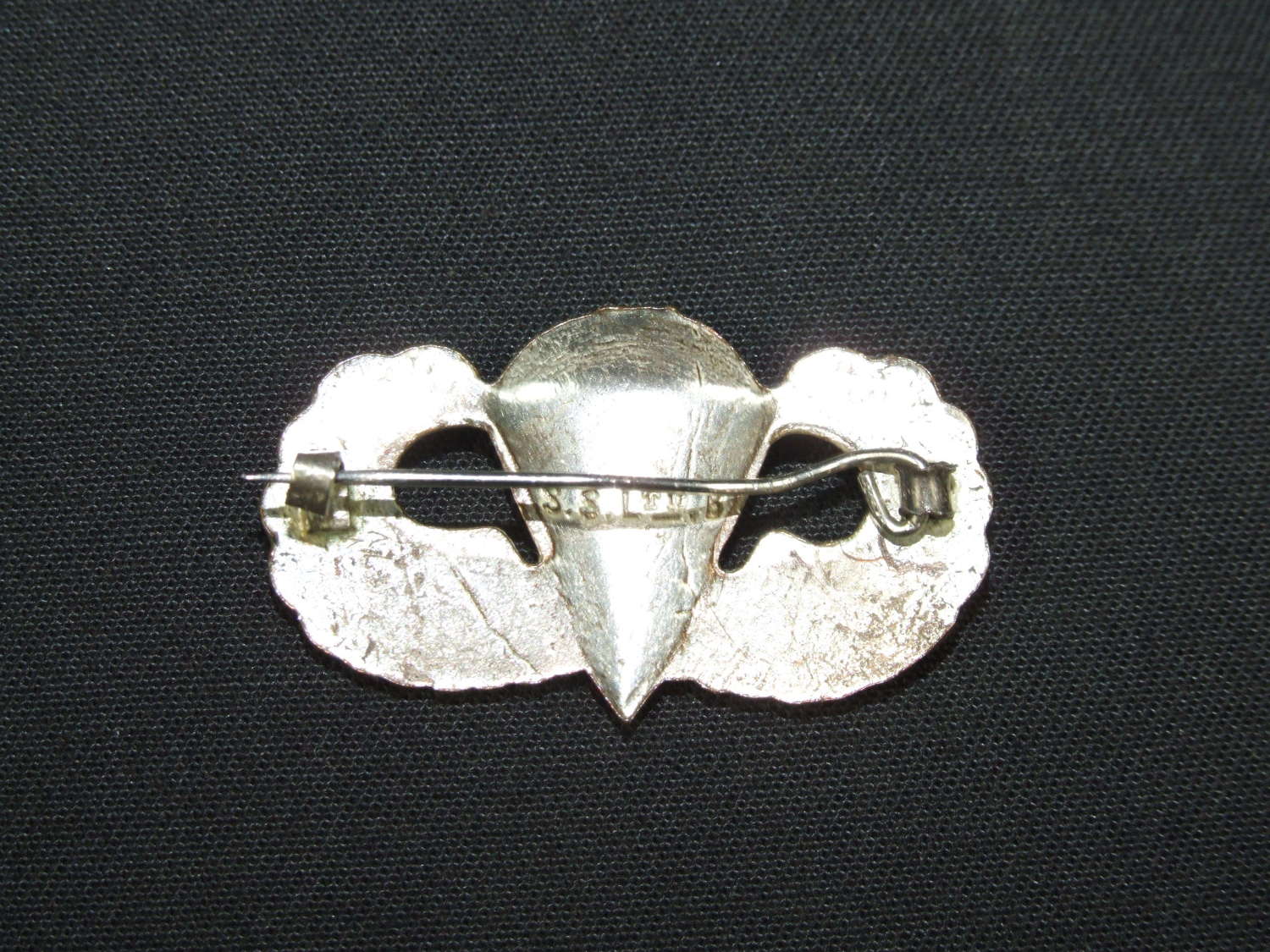 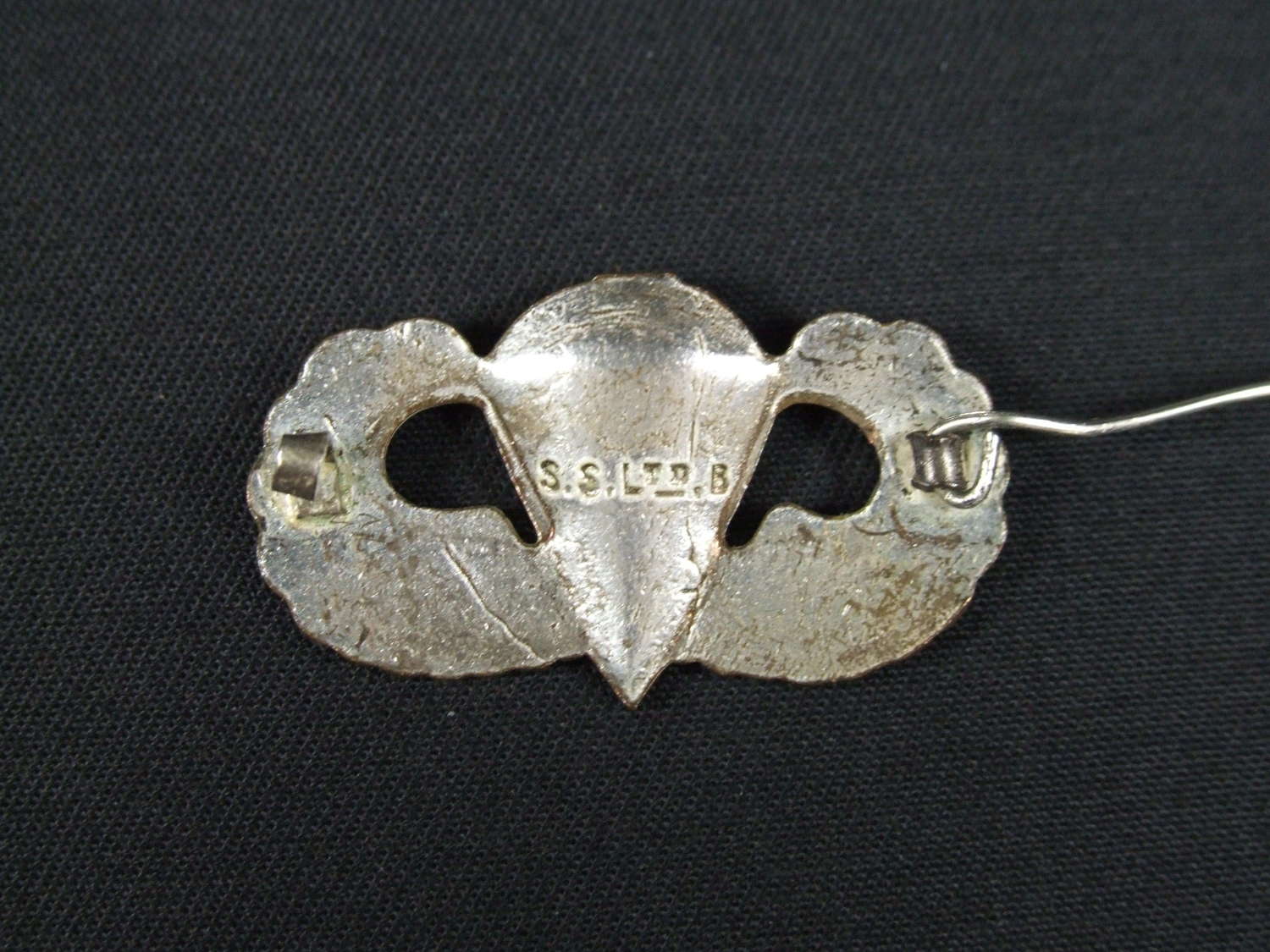