A good WW2 early Pattern British Tank Crew Helmet with fibre body shell with reinforced plate to the top and padded front section which in this case has been fitted slightly off-centre during manufacture.

Original liner has a broad arrow stamp and date letter “P” (1941) underneath. The shell has been period painted in an army drab olive paint.

Overall appearance is very good with one crack in the shell and some distress to the lip of the shell on the right side, both of which I have shown in the images. 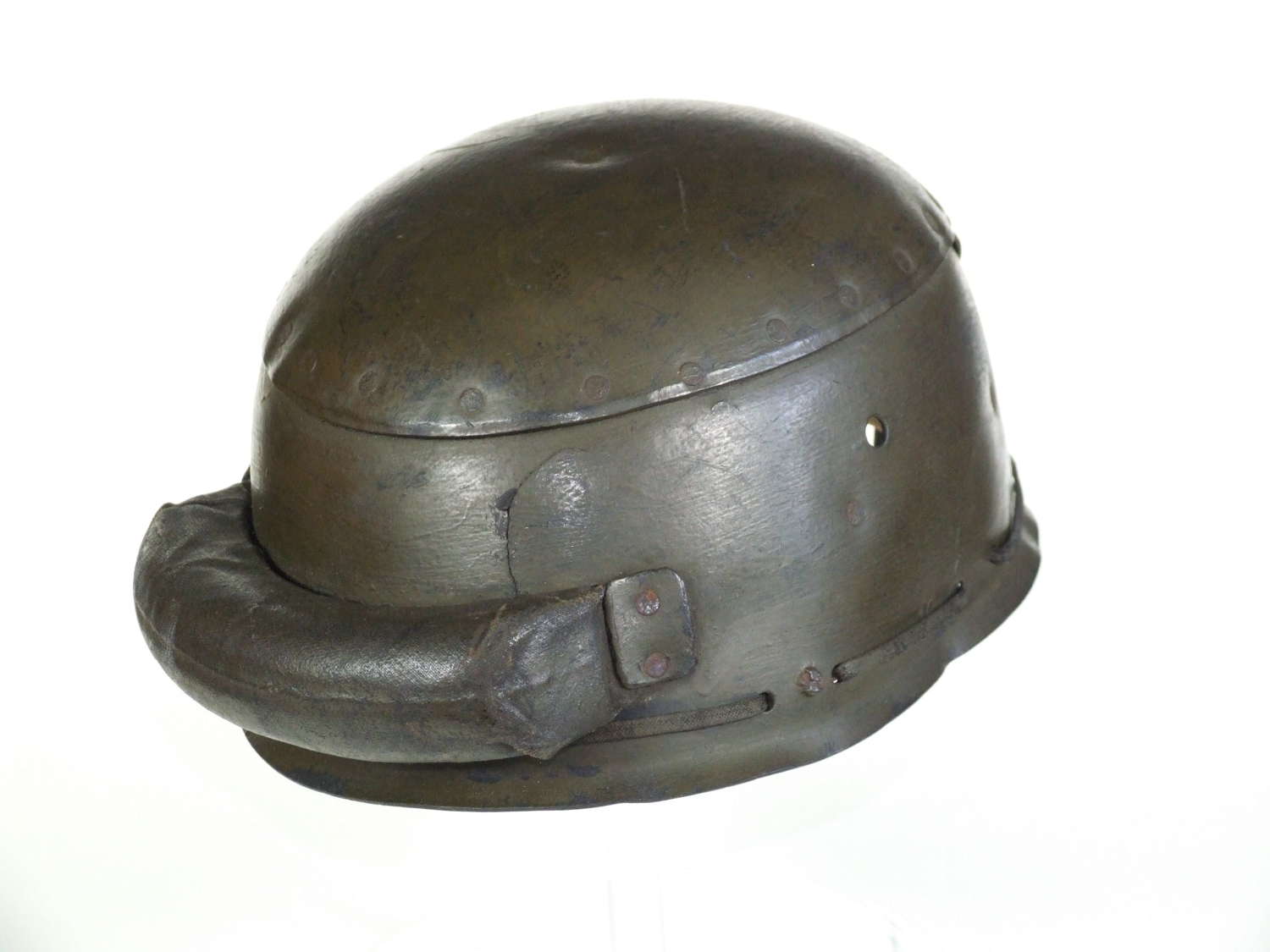 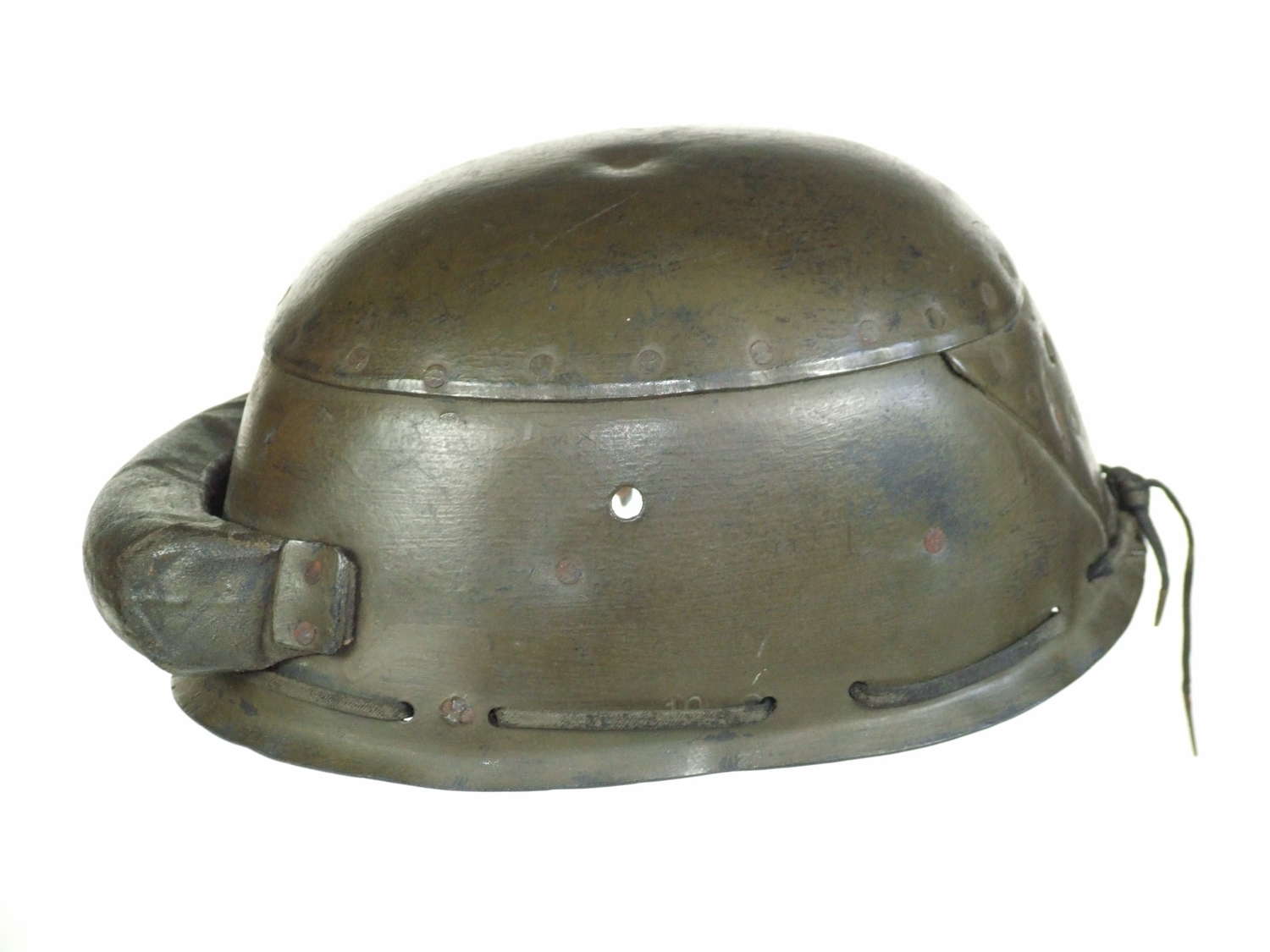 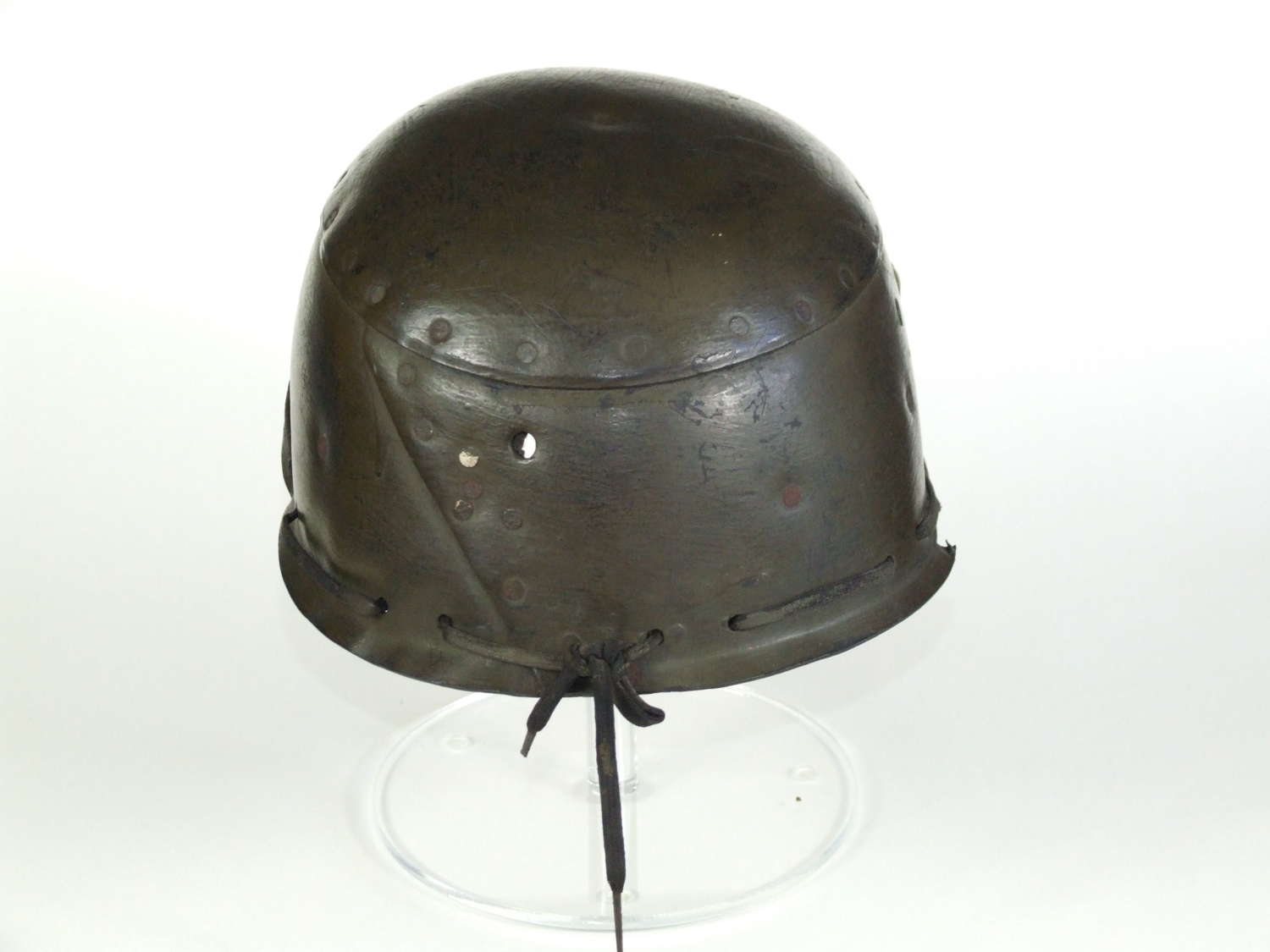 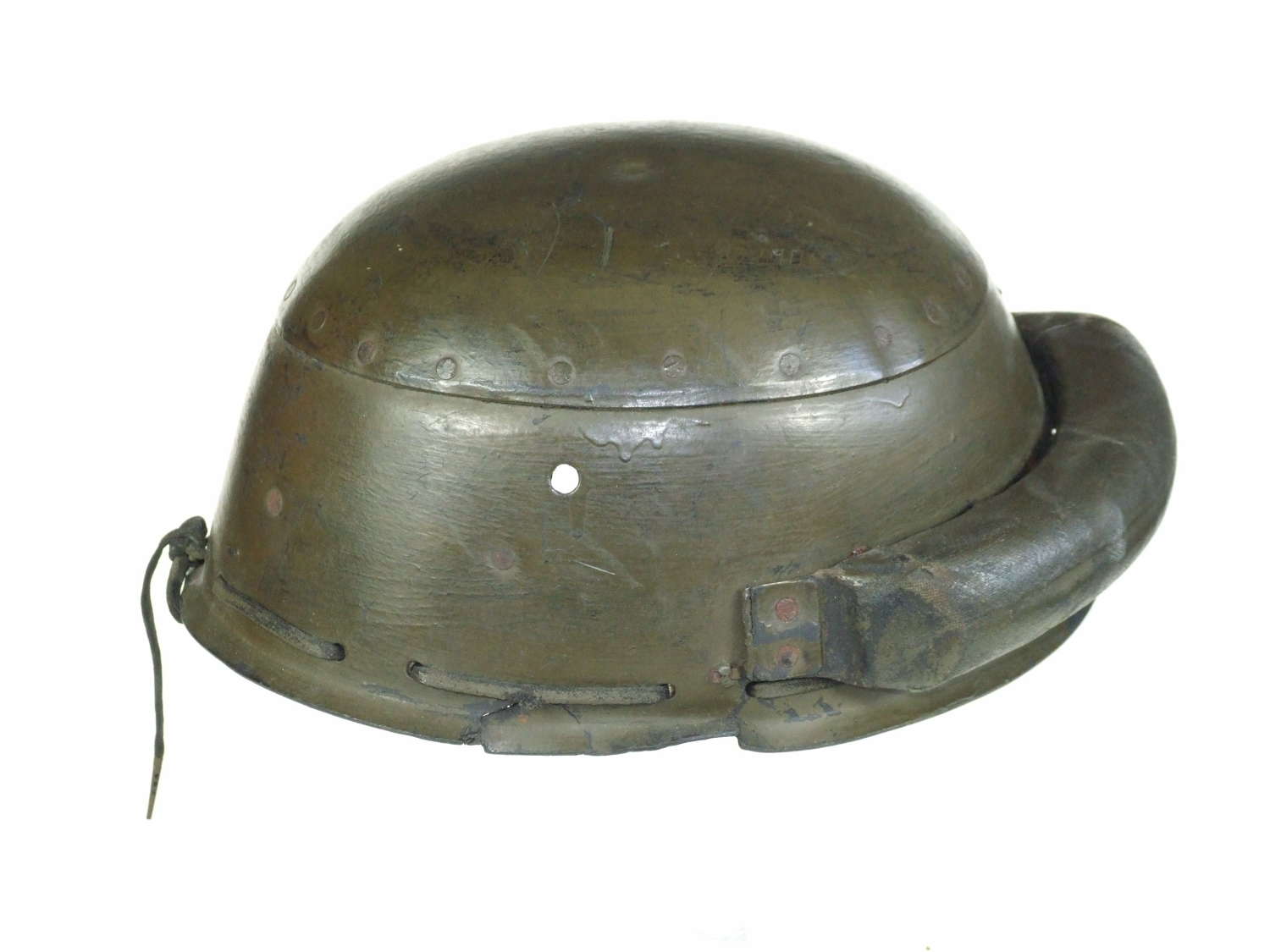 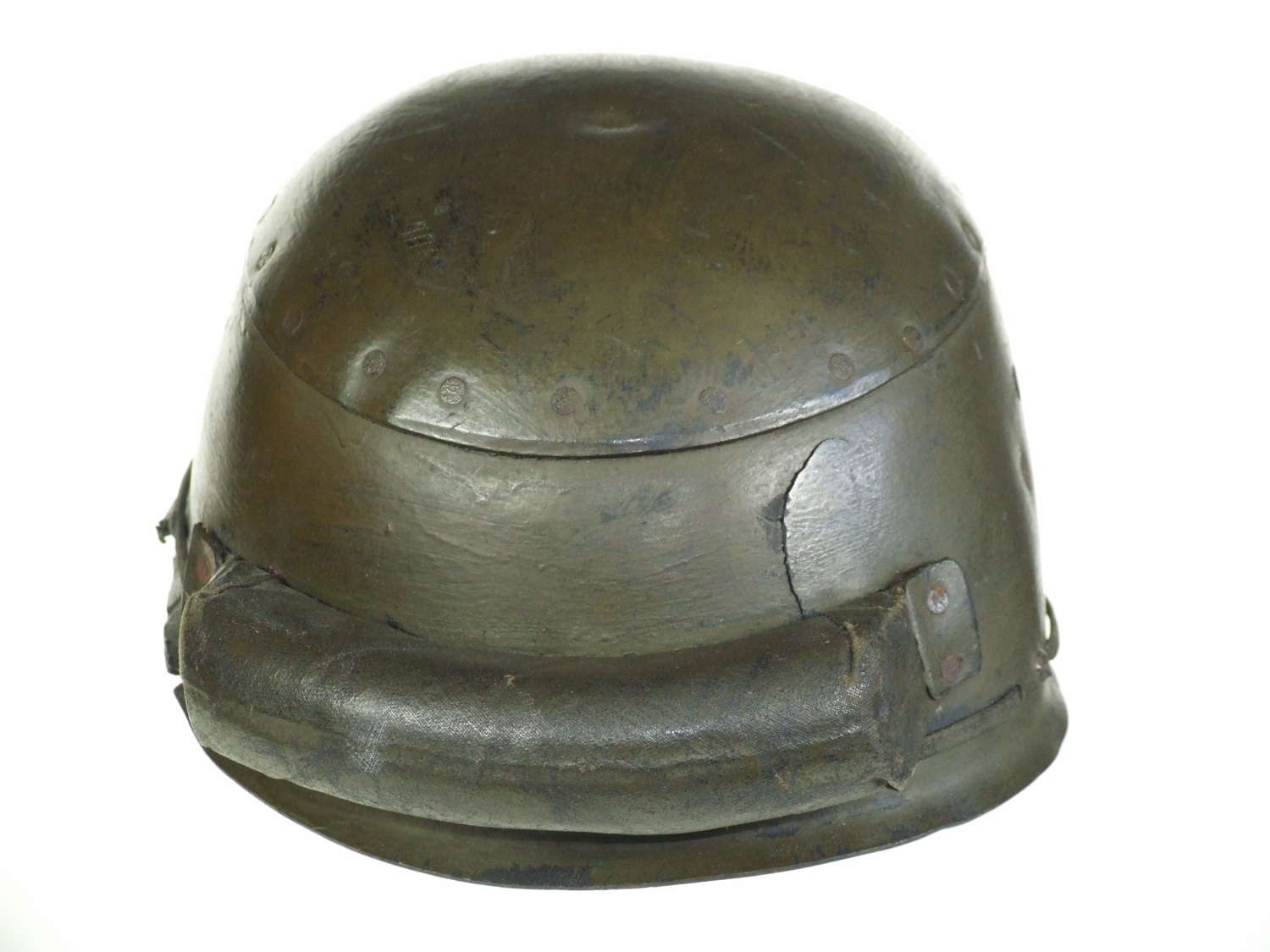 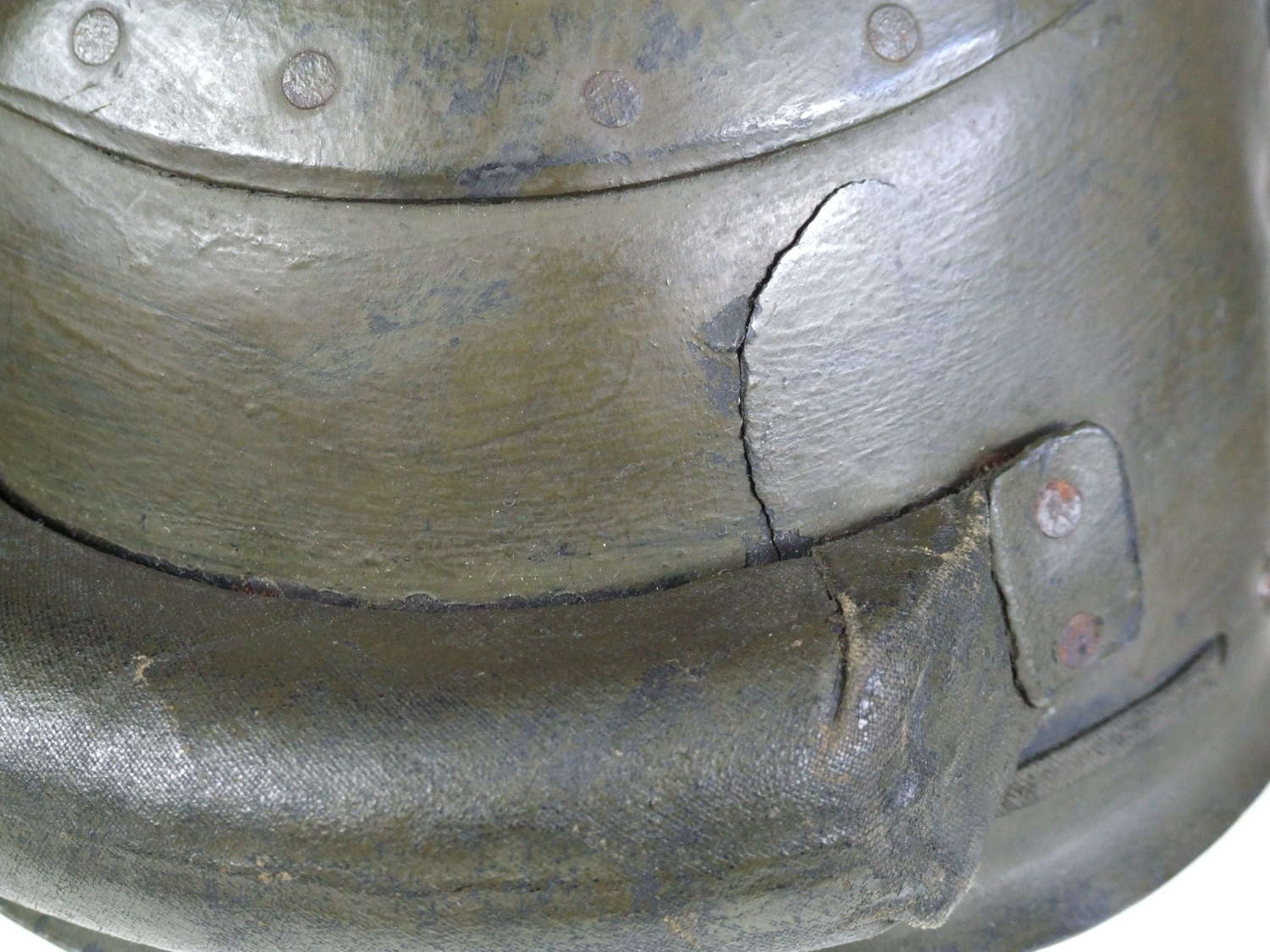 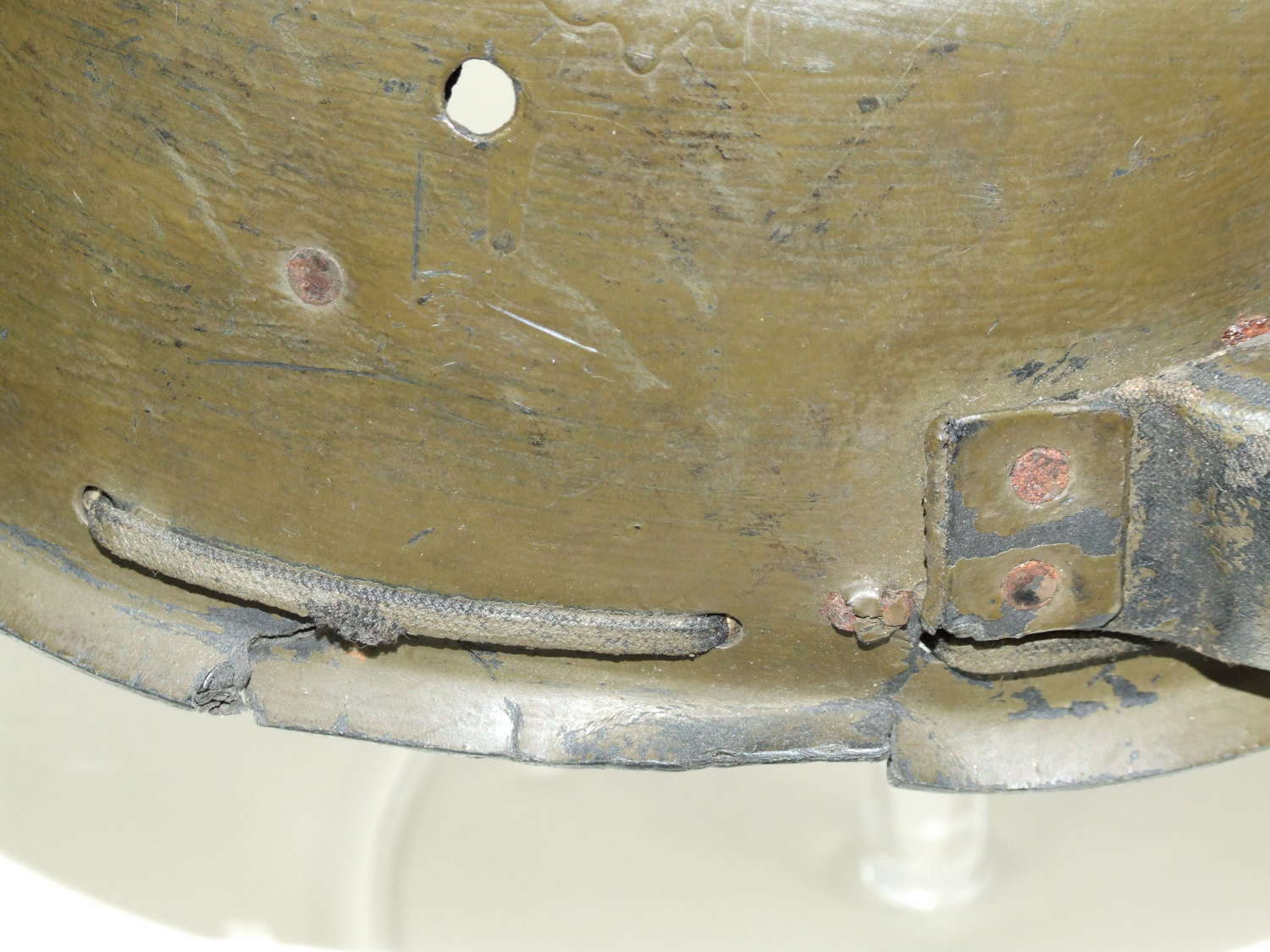 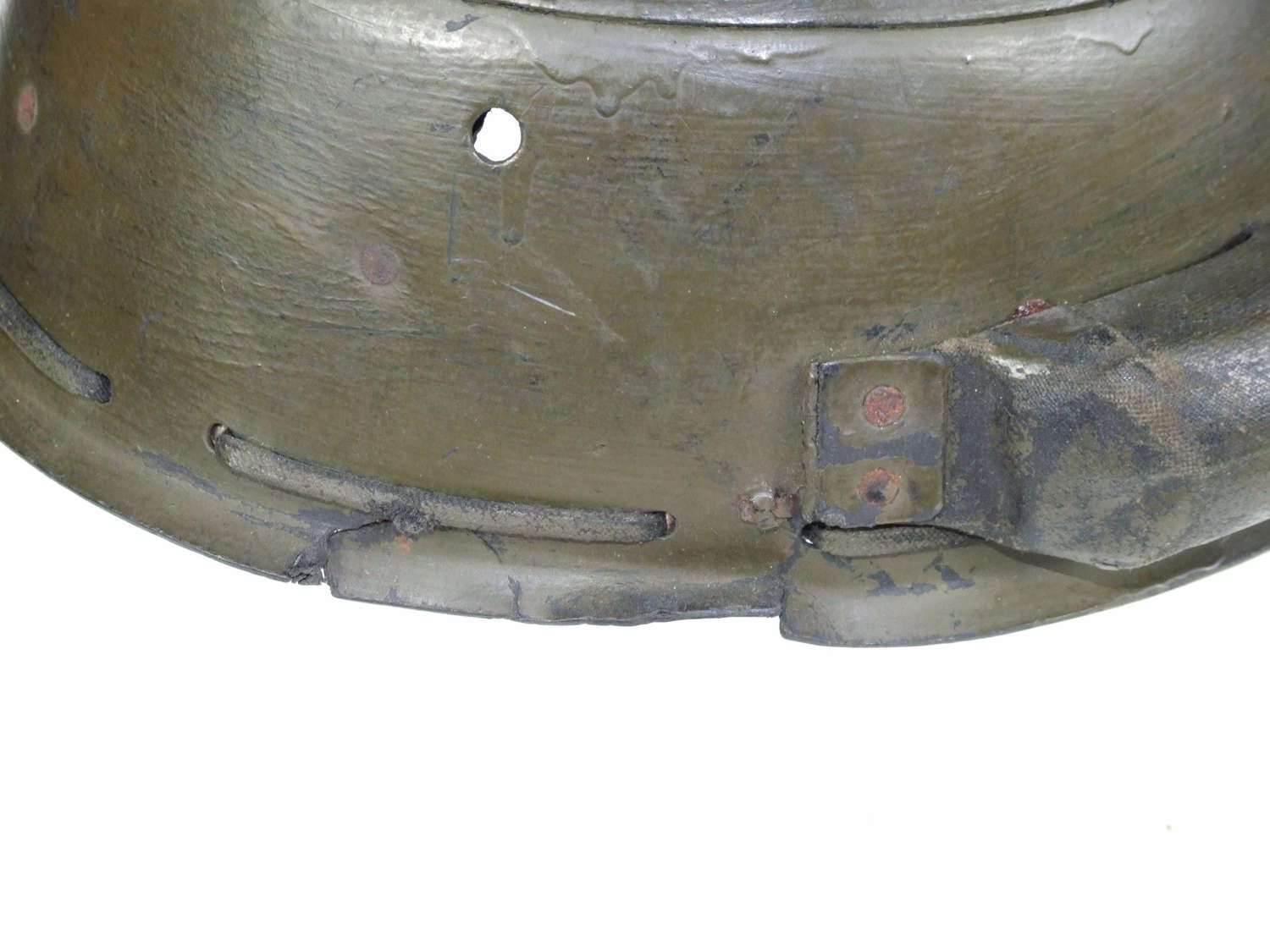 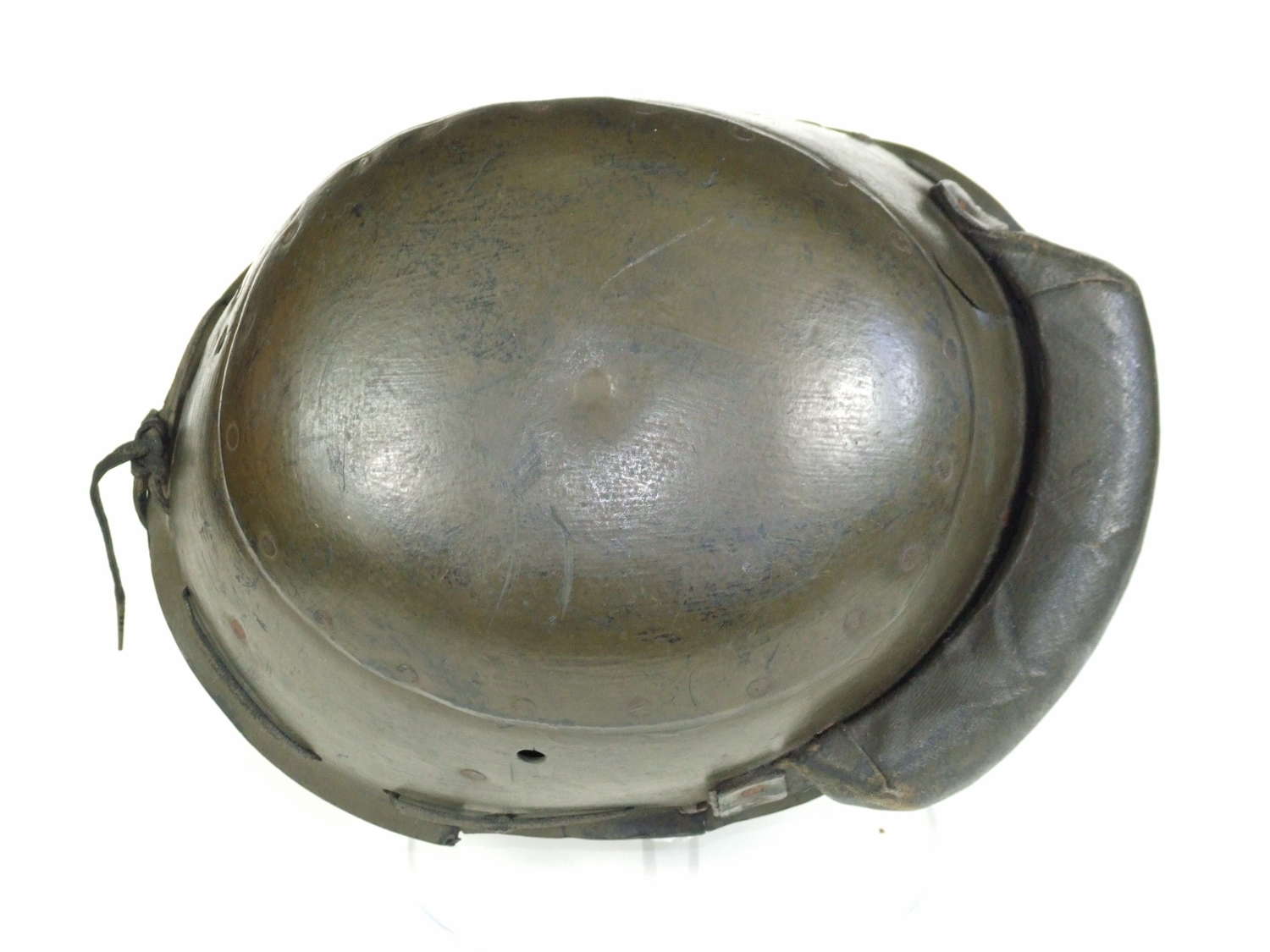 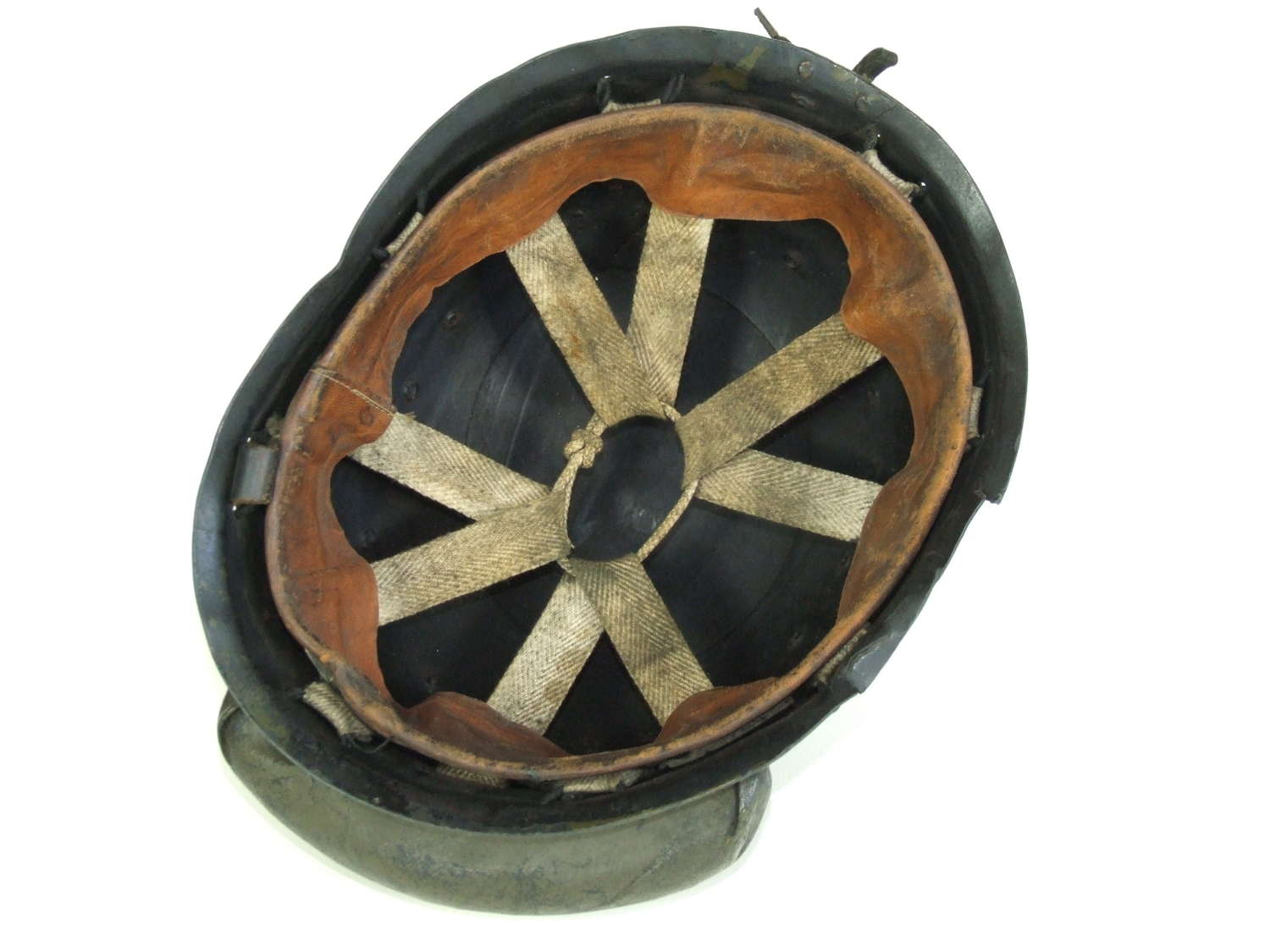