Of multi panel wool bunting construction with the Croix de Lorraine constructed in identical material and machine stitched into place.

At the hoist end is a sleeve which was perhaps intended for a flagpole carried by troops at ceremonies rather than a hoist line on a flag staff. The sleeve is annotated “F.France 1 ½”

Overall condition is good+ but with a peppering of moth most obvious in the red panel.

The Free French were individuals or military units that helped form the resistance to free France from German occupation. The effort was founded in London in 1940 by Charles de Gaulle, a French government minister. "By mid-1944, the Free French numbered more than 400,000, and they participated in the Normandy landings and the invasion of Southern France, eventually leading the drive on Paris. Soon they were fighting in Alsace, the Alps and Brittany, and by the end of the war in Europe, they were 1,300,000 strong - the fourth-largest Allied army in Europe - and took part in the Allied invasion of Germany."

A rare Flag and an ideal display piece. 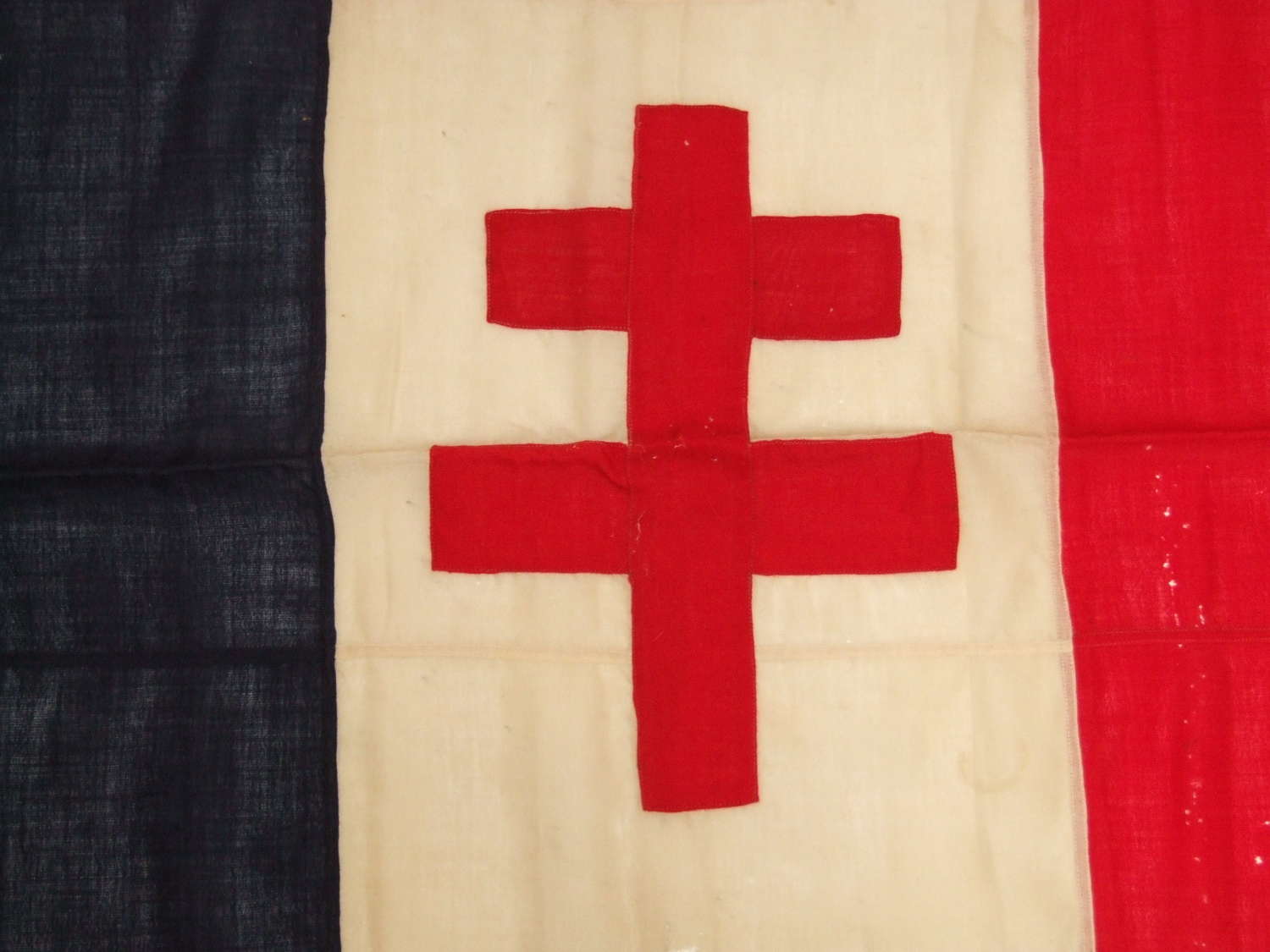 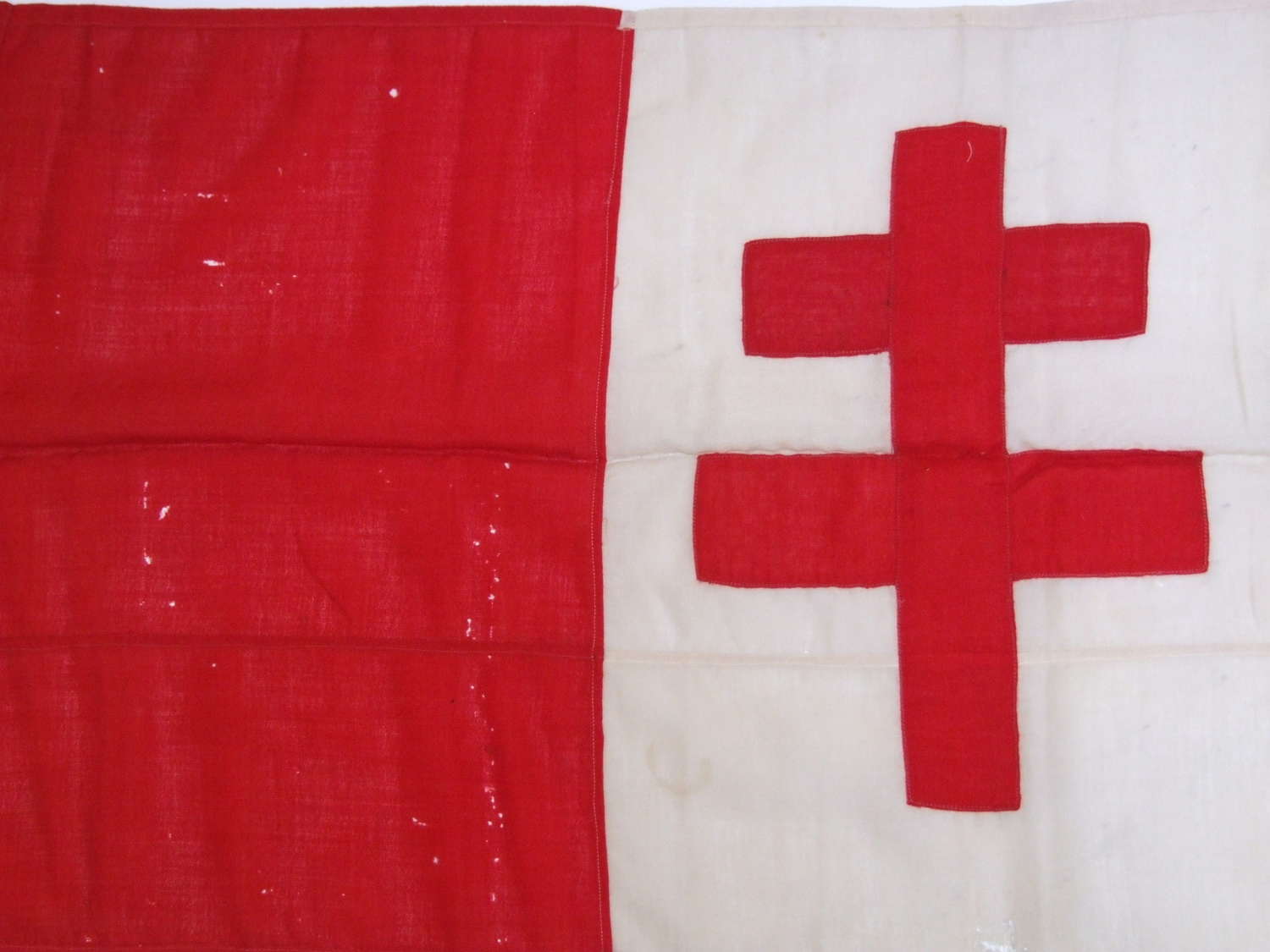 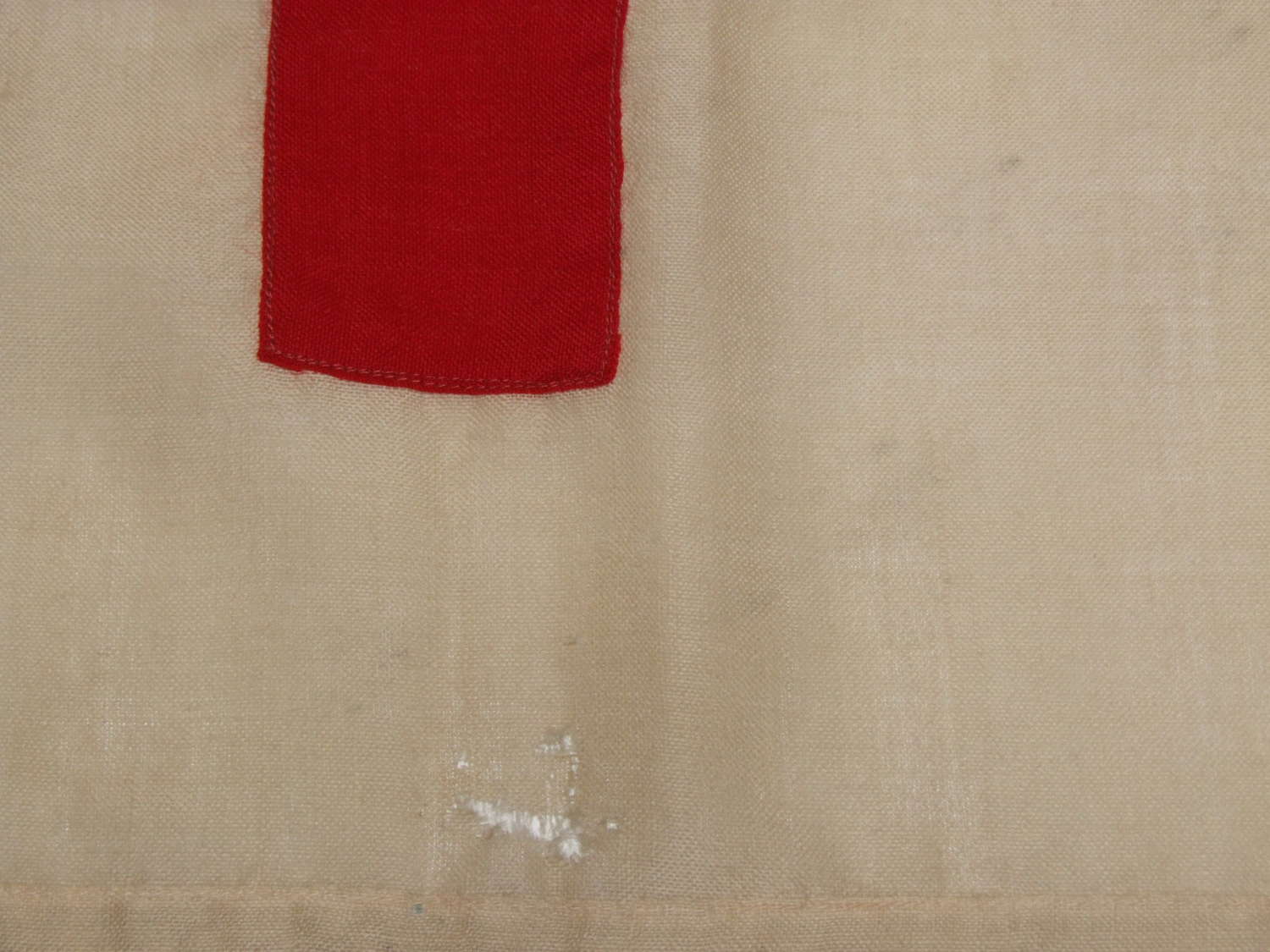 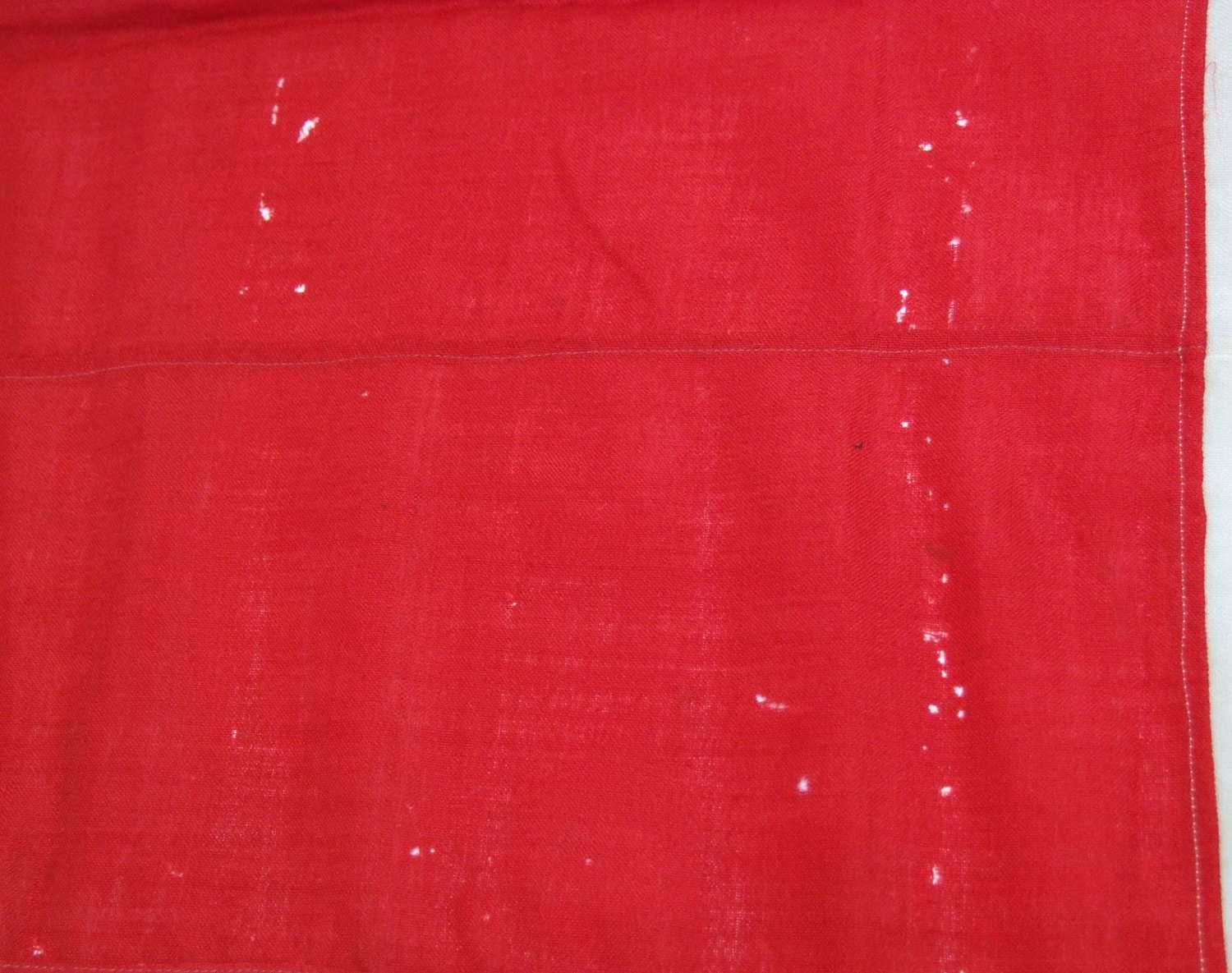 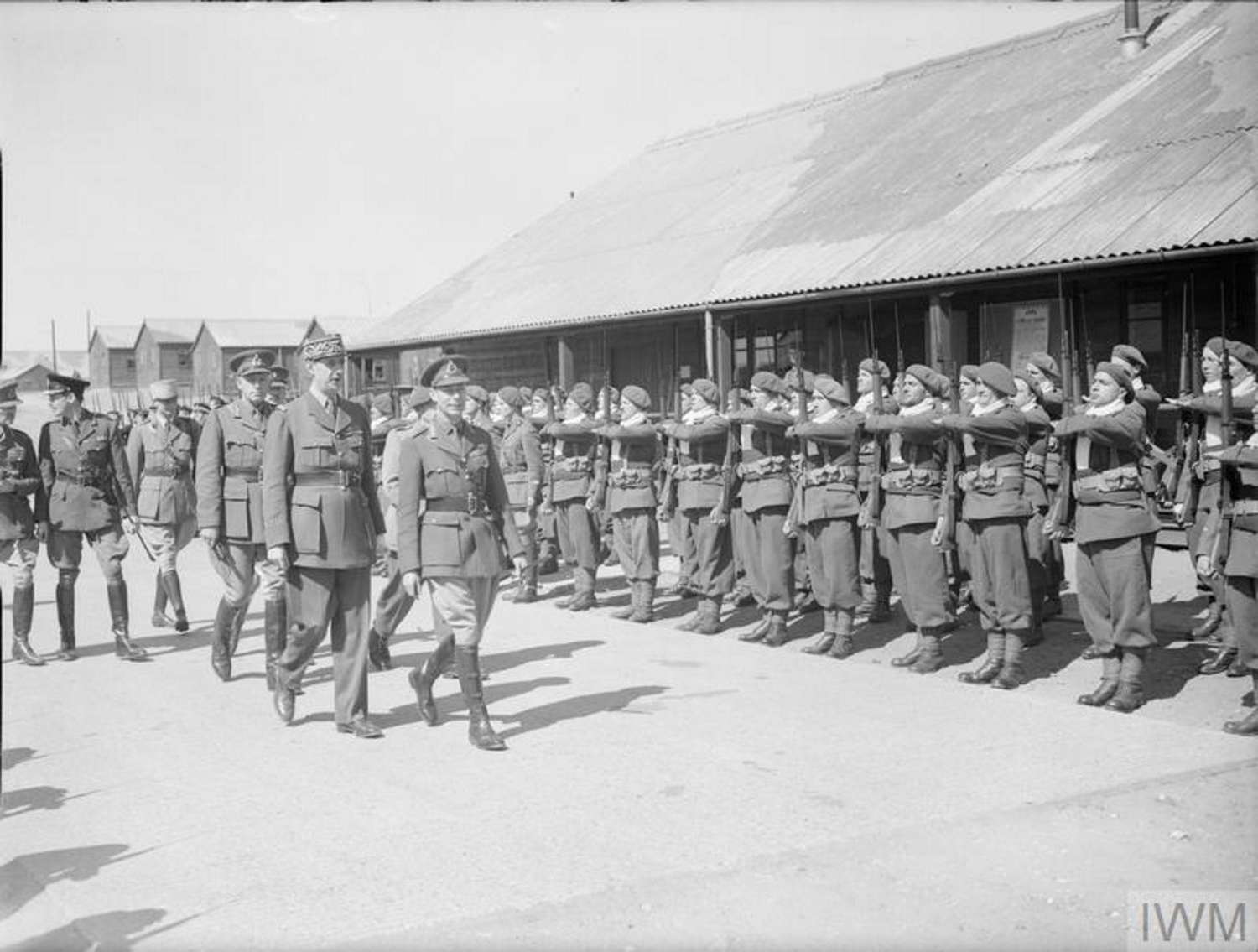 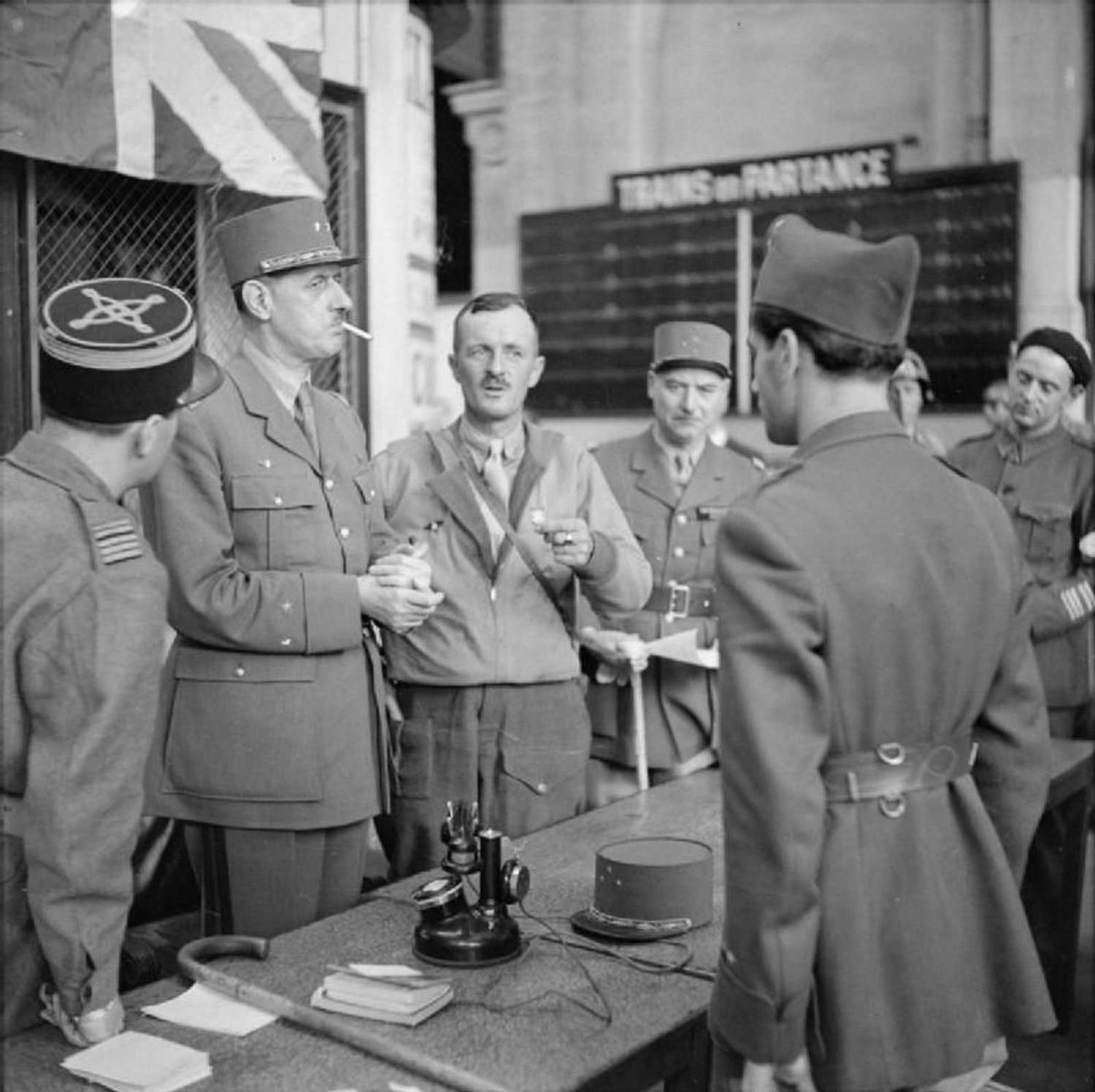 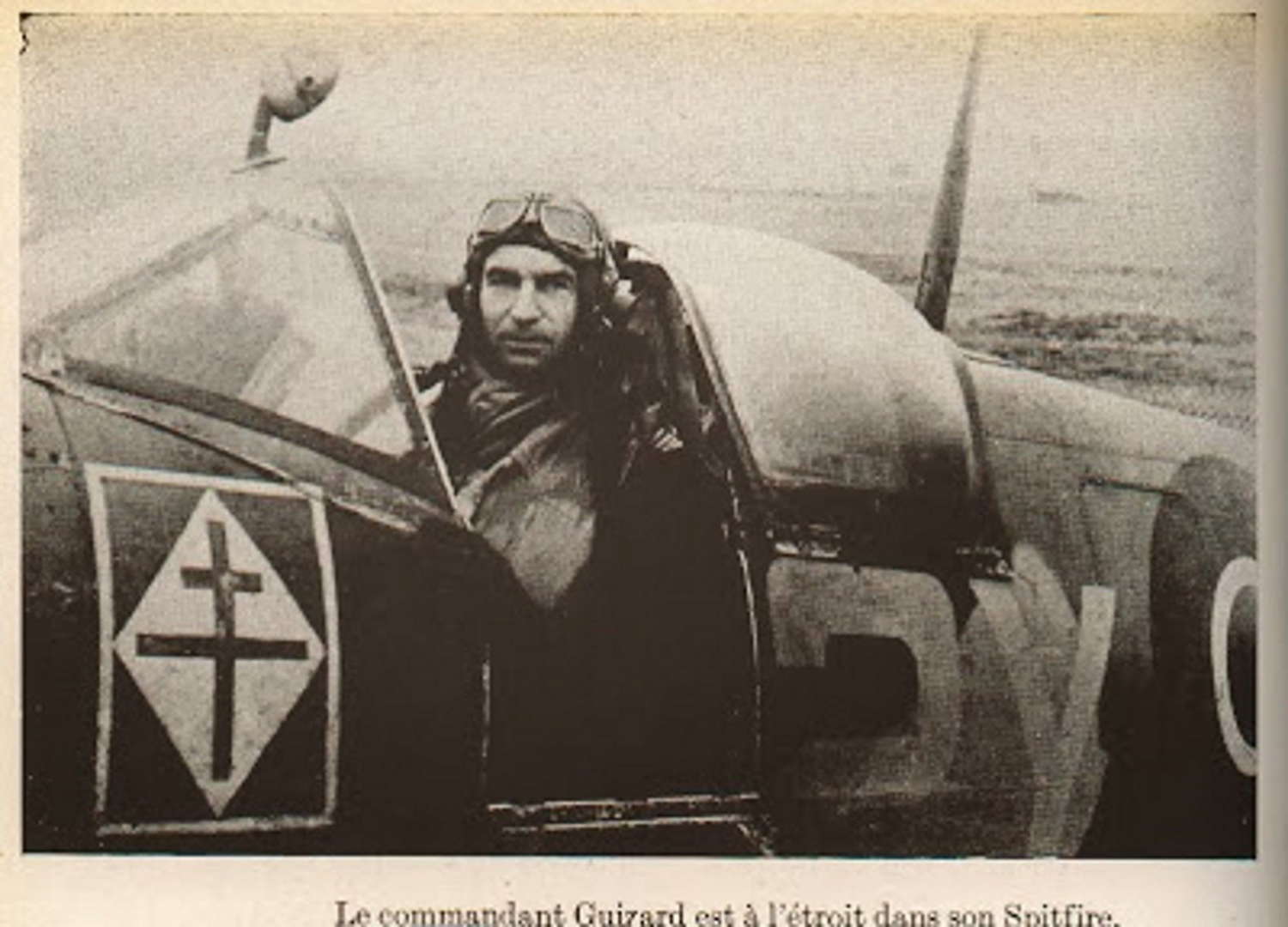